What is there to write about small SUVs that hasn't already been written before?

These smaller, compact versions of a regular-sized SUV have sold extremely well and it's easy to see why. Offering chunky looks, enhanced practicality and a desirable higher driving position, all in a more manageable and attractive package, it's crystal clear why the UK can't get enough of them. They are also significantly cheaper to run than a regular SUV, and are also less expensive to buy.

There's even more good news too, as there are plenty of different models to choose from, coming from all the major manufacturers. So without further ado, we thought we would therefore compile a comprehensive list of our top 10 favourites.

Which one would you grab the keys to? 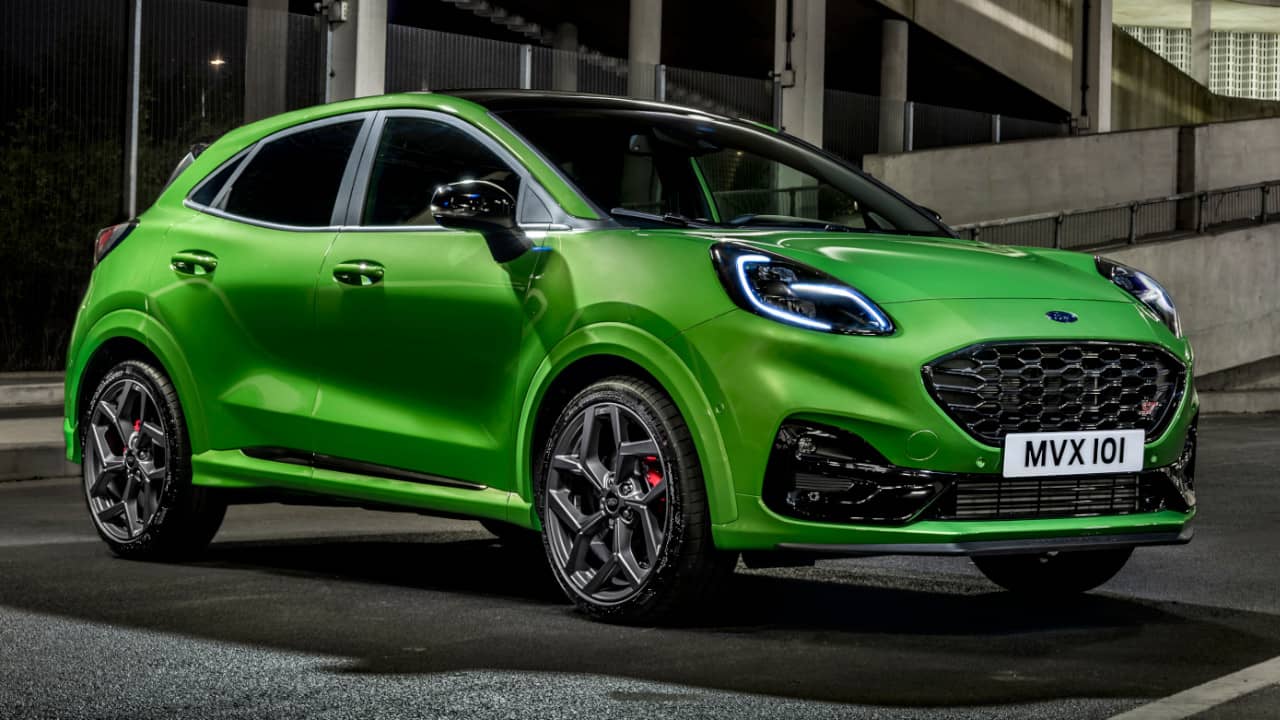 Based on the best-selling Ford Fiesta hatchback, the Puma has the solid foundations it needs to be a winner in the small SUV market. It also looks the part too, with head-turning looks giving it the edge over rivals more modest approaches.

And if you were worried about practicality, with 456 litres of boot space, it's 81 litres more than the practical and dependable hatchback that is the Ford Focus.

And if you want the full have your cake and eat it package, then the range-topping ST model is the one to go for. Offering performance almost identical to the Fiesta ST hot hatch with 0 to 62mph taking just 6.7 seconds, the Puma ST is a superb, ultra-desirable, ultra-practical small hot SUV. 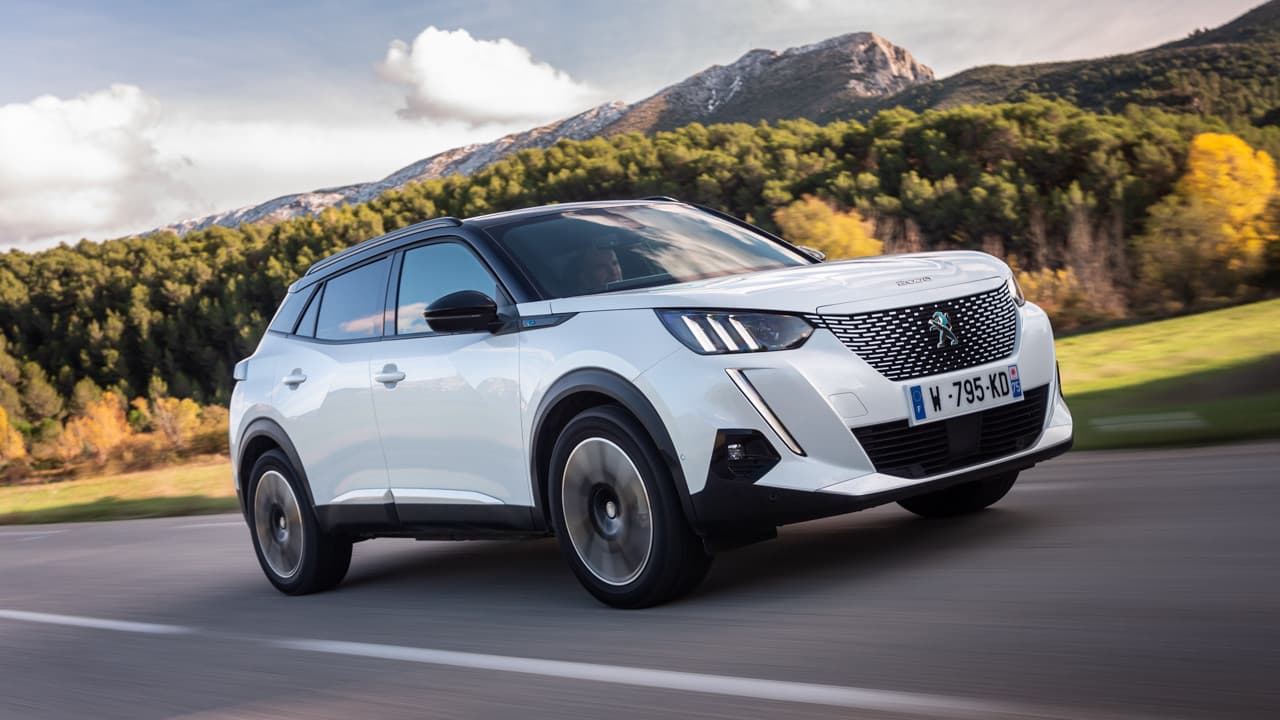 French manufacturer Peugeot have really pushed the envelope of their SUV designs in recent years, and now are easily some of the best-looking on the market. The 2008 follows the standard set by its larger 3008 sibling, offering similar style, technology and wow-factor, just in a smaller, more compact package.

What sets the 2008 from other small SUVs is Peugeot's stunning iCockpit, which blends a small driver focused steering wheel, into a cocooned, digital cockpit for a truly impressive interior experience and ambiance. If you are going to be spending a lot of time behind the wheel, the 2008 offers one of the best interiors in our list for sure. 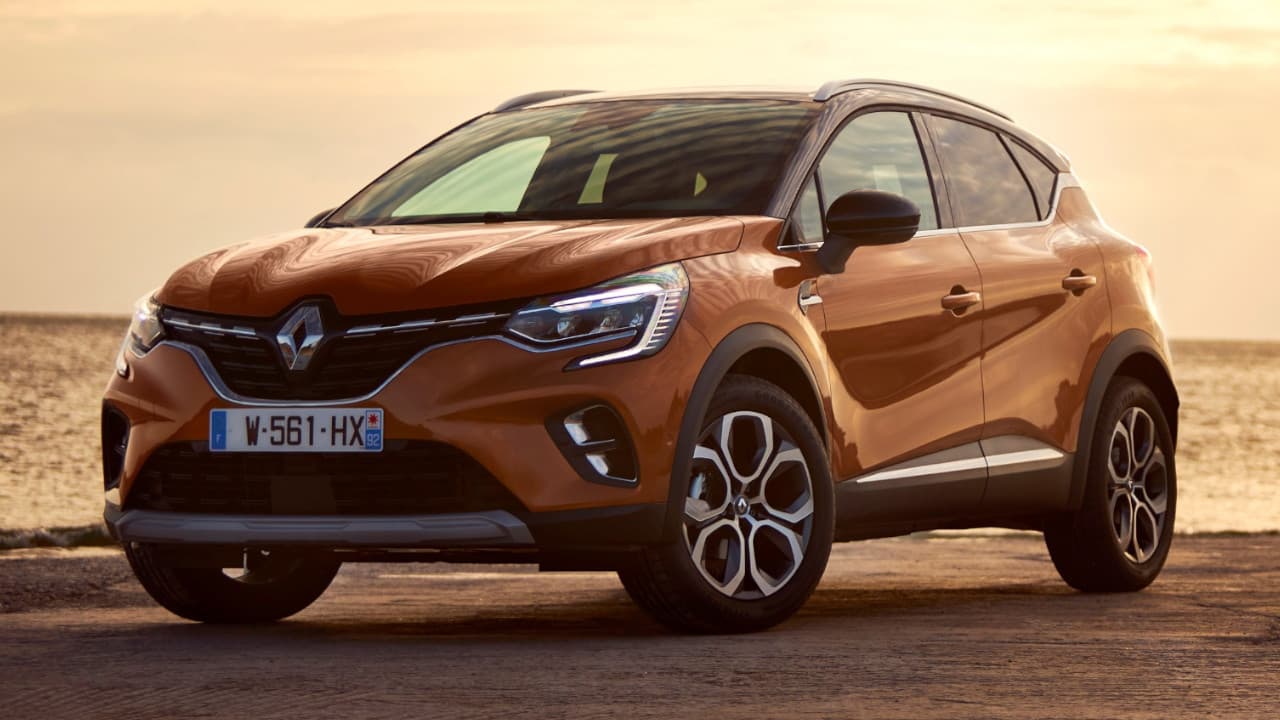 One of the original small SUVs, the Captur is similar to the Ford Puma, taking its underpinnings from a sibling. In this case, the Captur uses has foundations of the popular Renault Clio hatchback. This ensures familiarity and low-running costs, traits that make small SUVs ultra-popular.

This second-generation Captur is much more sophisticated than the model it replaces too, offering sleeker styling and better overall driving dynamics. Practicality is excellent too, as the Captur offers 404 litres of boot space, increasing to 536 litres thanks to a trick sliding rear bench - giving it edge over other SUVs in this list.

Standard features are impressive too, with entry-level Play models coming with Android Auto and Apple CarPlay, as well as adaptive cruise control. Level-up to an Iconic model and take advantage of sat-nav and rear parking sensors.

The Captur may be an original in the small SUV game, but it continues to be one of the best. 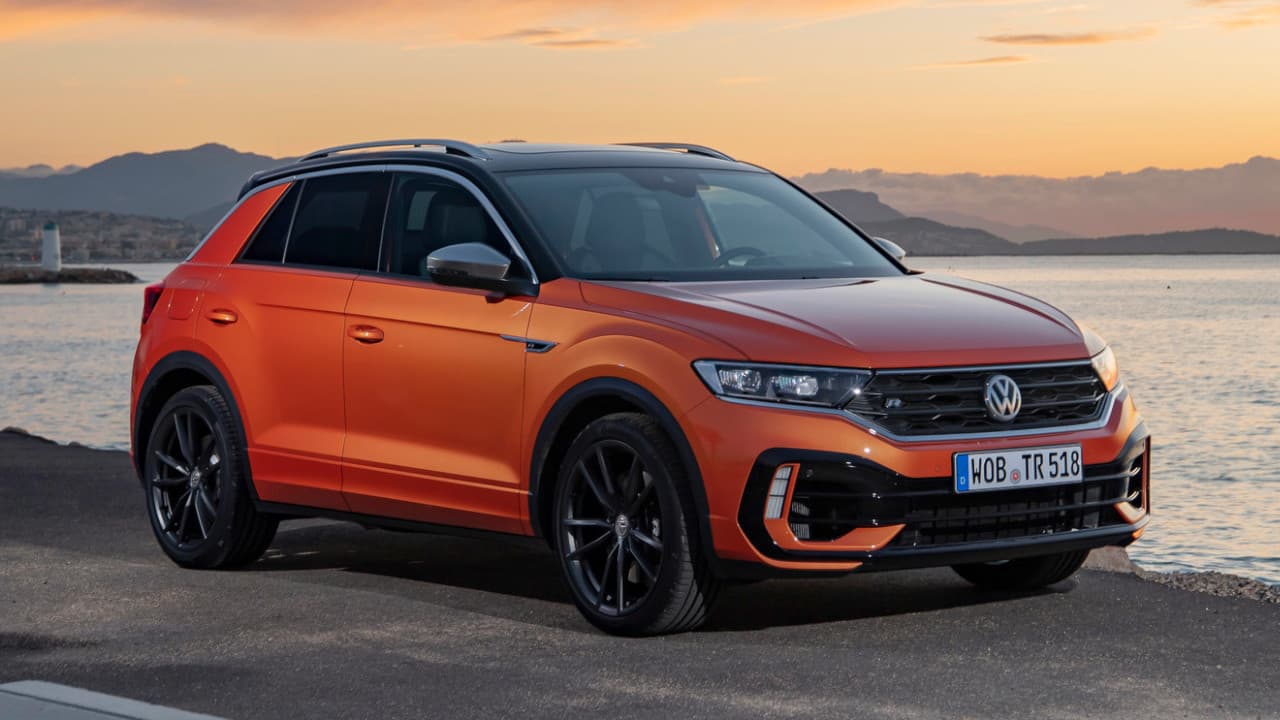 With Volkswagen you always get a sense of quality and sophistication. The car's tend to feature lots of ergonomic details and have a style which sees them being able to not look out of place parked in a supermarket carpark, or posh hotel - a trait famously cemented by the Golf GTi. Although the T-Roc is very similar, next to the other SUVs in this list it just looks like it's the most mature and sophisticated - of course some will love this, others not so much.

As well as the sophistication, the T-Roc features many model choices, to suit different budgets and tastes. There is even a T-Roc Convertible, or if you like performance, there is a range-topping R version - which happens to be the joint fastest small SUV in our list, taking just 4.9 seconds to get from 0 to 62mph.

A decent 445 litres of boot space means the T-Roc is plenty practical, although you do lose 53 litres in the R due to the all-wheel drive. It's also worth noting the T-Roc R is one of few in this list to offer all-wheel drive too. 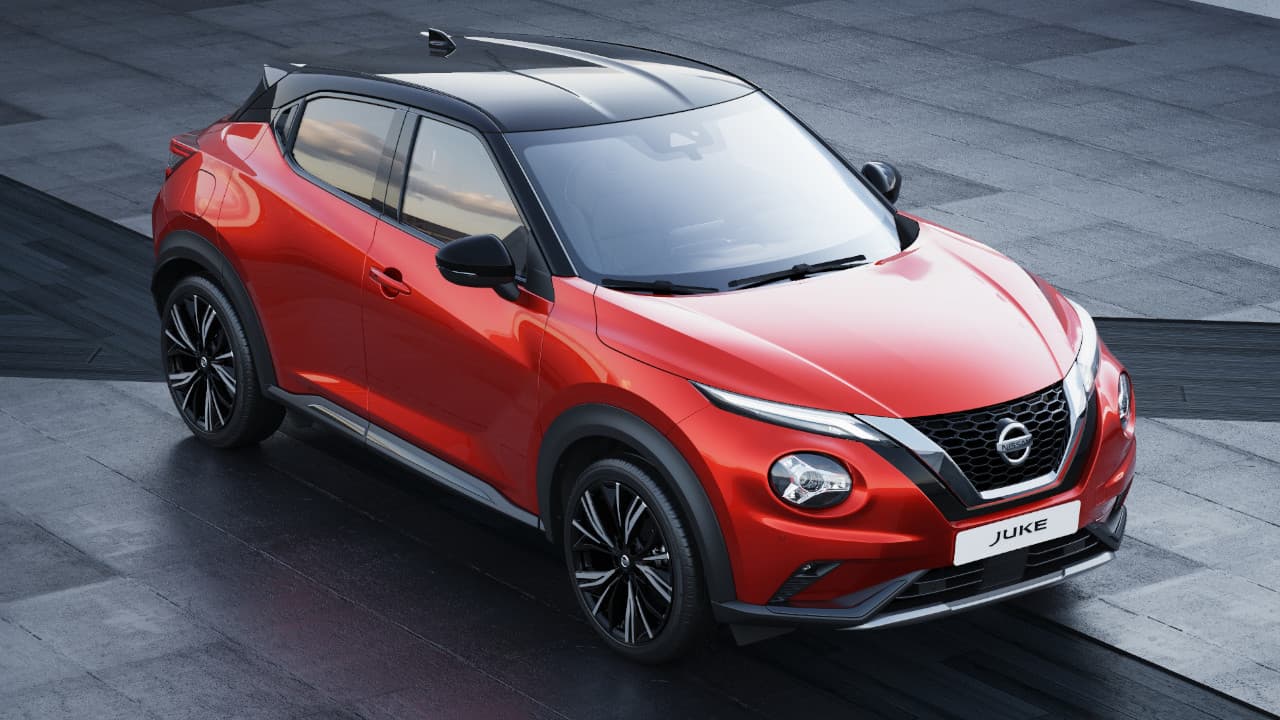 Another small SUV that was one of the first on the market, the Juke's unique looks were a favourite with many.

This second-generation model takes the small SUV stereotype rule book and plays the more sophisticated and enhanced cards perfectly. The old model was unique, whereas this new-generation just looks a lot classier. Interestingly, the Juke is based on the Renault Clio as part of the Nissan/Renault alliance, meaning like the Captur mentioned previously, this Juke offers a decent, improved driving experience.

The hatchback boot ensures a lovely, nice and easy load area to access with a competitive 422 litres of space. The interior is a lot more sophisticated, although unlike many models in this list, the Juke doesn't offer fully-digital dials. Although, the analogue dials it uses, in part with a small digital screen work well and are very clear to read. 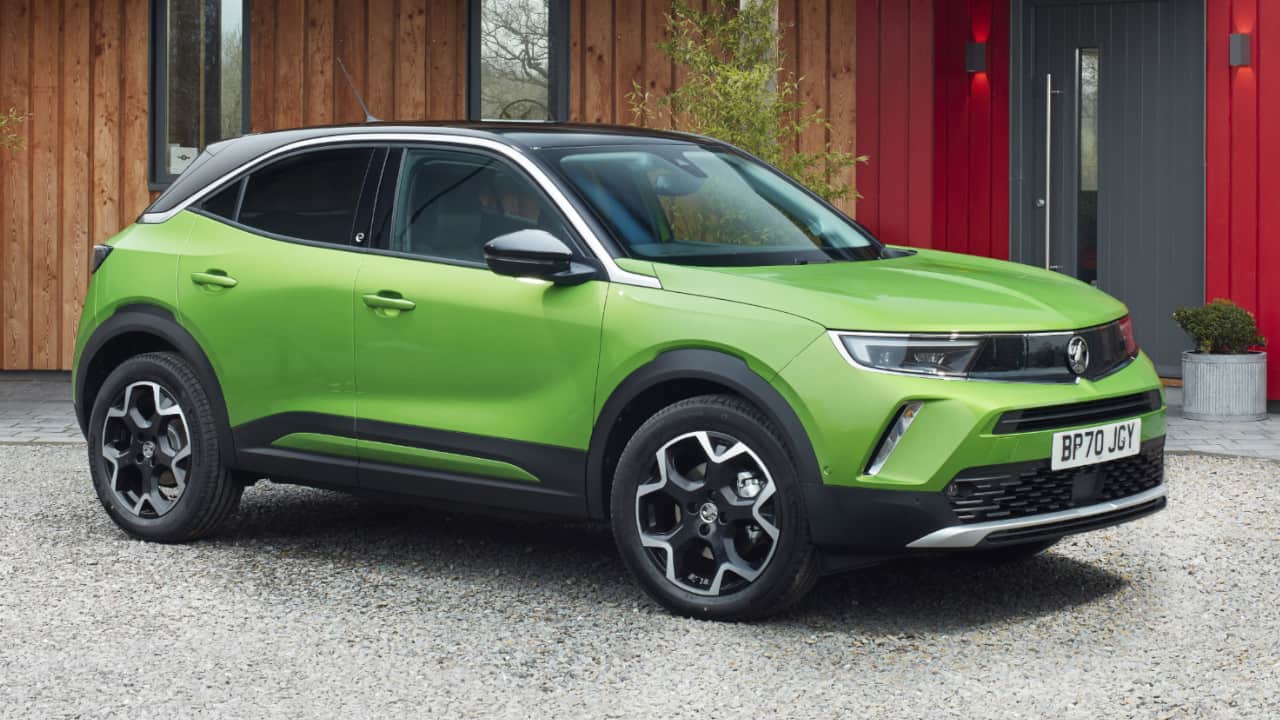 Another much more sophisticated second-generation small SUV, the Vauxhall Mokka blows its first-generation sibling out of the water for style, execution and technology.

The 'Visor' front end is sharp to say the least, and takes the Mokka's design ethos to whole new heights - which is where all future Vauxhall models will follow suit, which is certainly good news in capturing new buyers.

At 350 litres, the boot is small in comparison to others in the list, and actually 10 litres less than the model it replaces - but 10 litres of space is such a small sacrifice considering the better looks, tech and vibe of this small SUV.

You won't be worried for too long though, as the Mokka interior scores top marks for execution thanks to a stunning digital 12-inch instrument panel, that is joined by a 7 or 10-inch infotainment 'pure panel'. 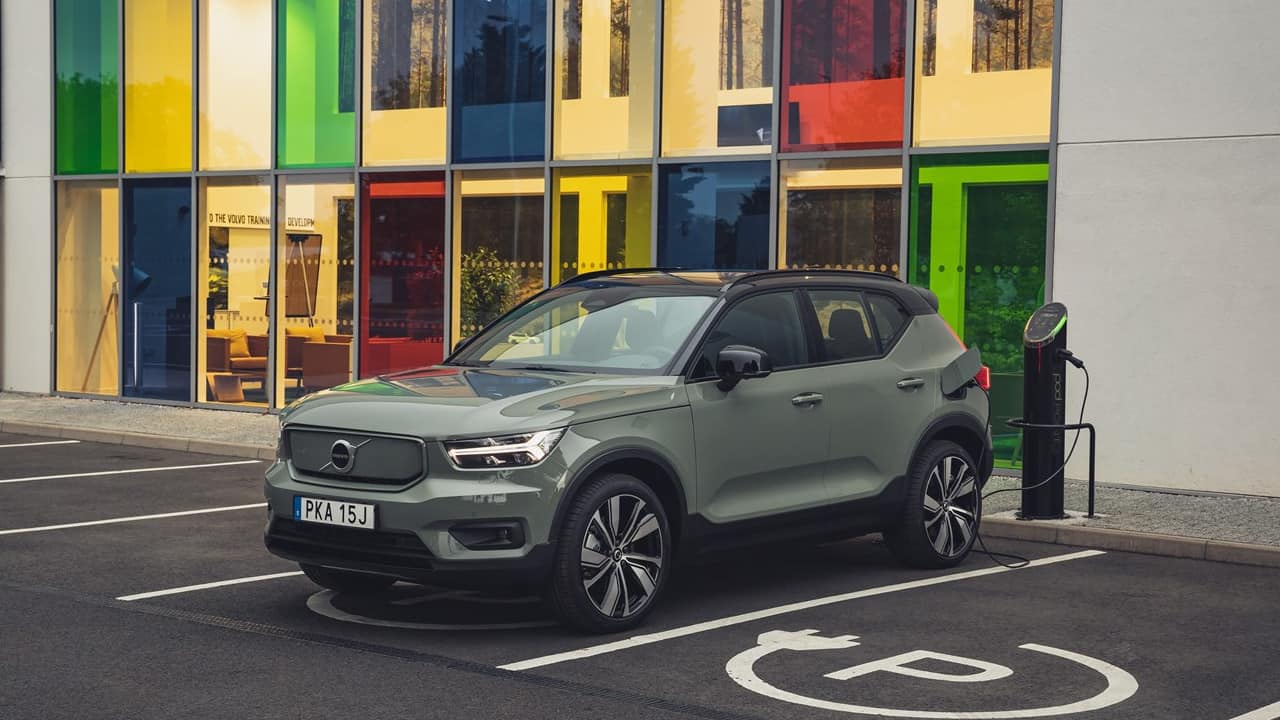 A manufacturer renowned for safety, but recently Volvo have been making serious moves with their design language, and it could be argued that their designs are some of the most striking on the market.

The XC40 offers a rather capacious 460 litres of boot space, making it one of the most practical in our list, the interior also feels rather premium thanks to a striking digital instrument cluster and interesting portrait infotainment screen.

Making sure all the boxes are ticked properly, the XC40 is also available as a plug-in hybrid, along with a fully-electric version too. Interestingly, the electric version is also the fastest, taking just 4.9 seconds to get from 0 to 62mph - making it the joint fastest small SUV in our list.

Of course all this technology and speed also means it is also one of the most expensive small SUVs in our list. 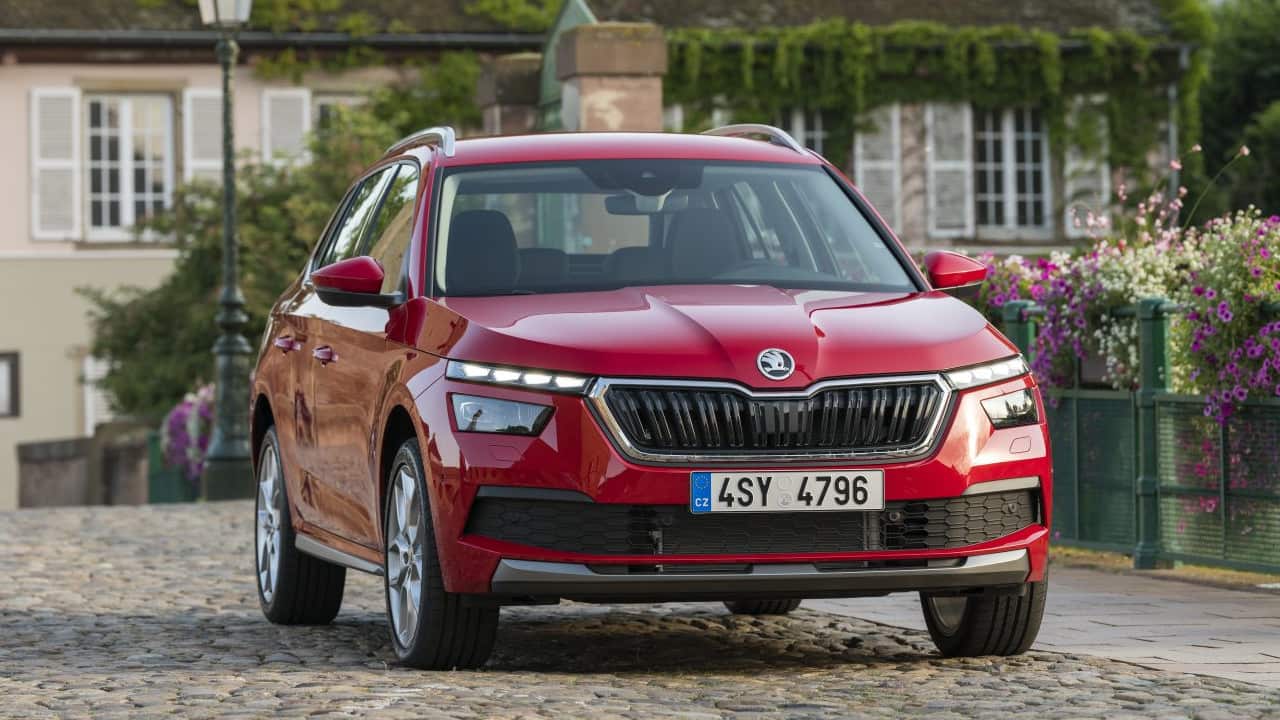 Skoda is another brand getting in on the small SUV game, and on the face of it, they have all the key ingredients for success. Unique looks, a modern interior and plenty of space means it ticks all the right boxes.

Skoda is also part of the VW group, meaning tech and underpinnings are on point too, as well as giving families total peace of mind with the Kamiq awarded a full five-star safety rating from Euro NCAP.

Inside, a striking infotainment screen is complemented by a digital instrument cluster in higher-spec models. There is also a large boot with 400 litres of space on offer too.

The Kamiq drives like a hatchback rather than an SUV, and with a choice of petrol and diesel engines offering decent economy of between 41 and 56mpg, running costs are decent too. Unfortunately there is no hybrid or electric versions as offered with other SUVs in our list. 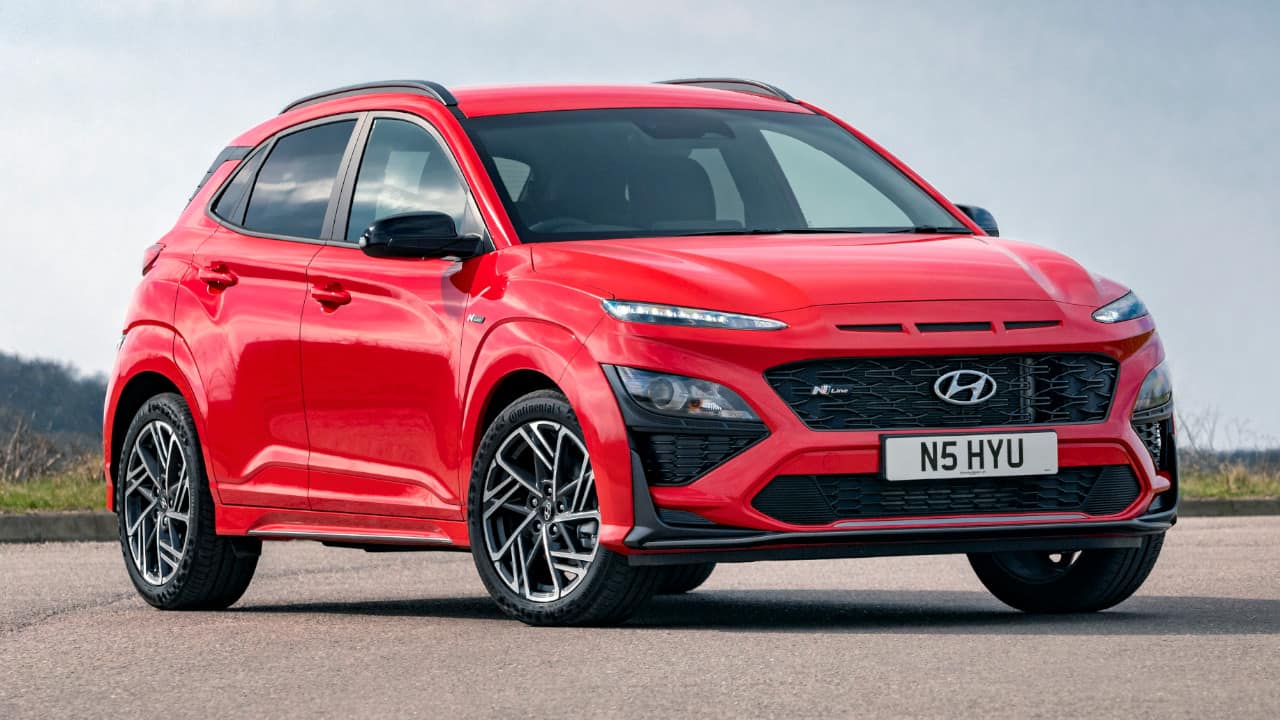 In the small SUV game you need something to differentiate you from the competition, and the Kona does just that by offering unique style, further complemented by petrol, hybrid and electric engine choices too.

A five-star safety rating from Euro NCAP ensures safety needn't be a worry either, and with 374 litres of boot space, it still offers decent practicality too.

Being a KIA, there is also the added bonus of a five-year warranty too, meaning used examples will more than likely still have some of their original manufacturer warranty remaining, ensuring more peace of mind in the ownership experience. 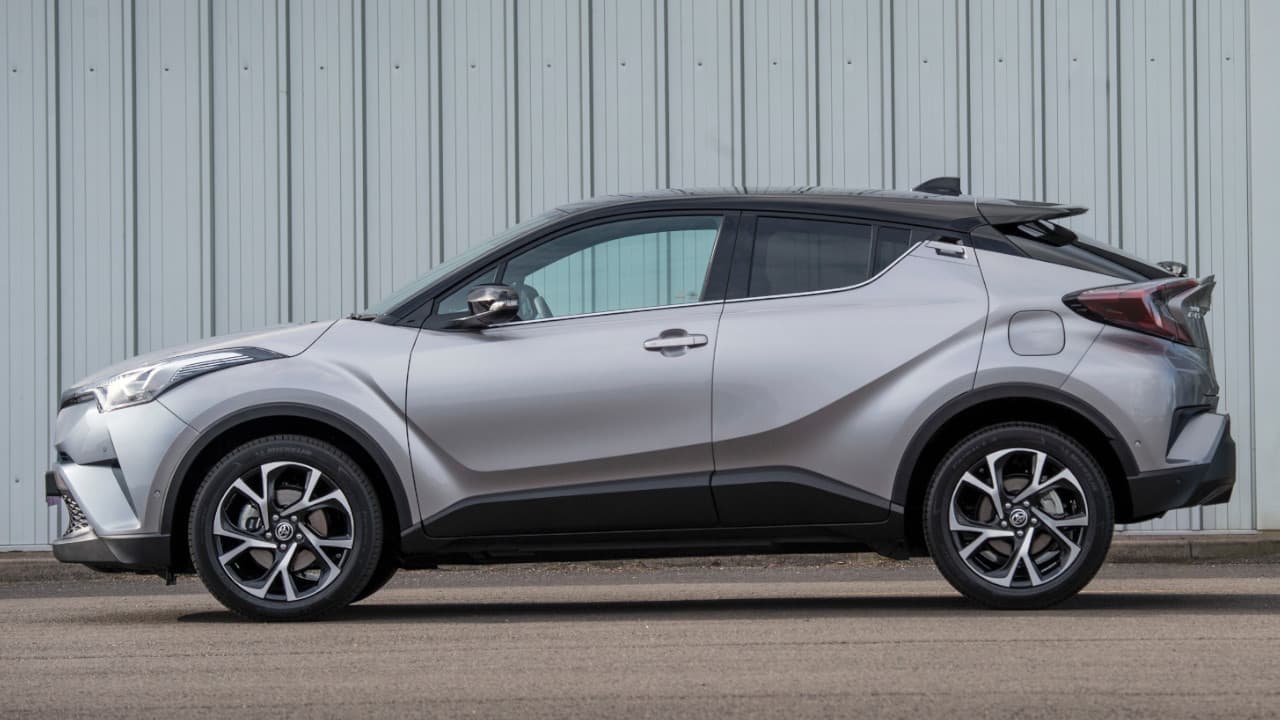 Head-turning looks, hybrid engines and a five-star Euro NCAP safety rating ensure this small SUV has all the right ingredients of a decent small SUV. The fact that it's a Toyota ensure you'll not be having to worry about reliability too.

Most buyers of the C-HR go for the petrol hybrid, which uses a petrol engine and electric motor combination, further complemented with an automatic CVT transmission. This ensures models are capable of between 55 and 60mpg with ease. With 377 litres of boot space too, the C-HR offers decent practicality with low running costs.

The looks are the C-HR's main appeal, in a world of similar clunky SUVs this particular Toyota looks like nothing else. Sharp, sleek lines and a coupé-like body set it apart from the competition. The only negative is perhaps the interior, as unlike most examples in our list which feature new digital dials, the C-HR still has an analogue set-up.

Looking for your very own small SUV? Browse our selection of used cars today and see if you can find your perfect example, or why not search our brand-new car offers if you fancy the full new car feeling. 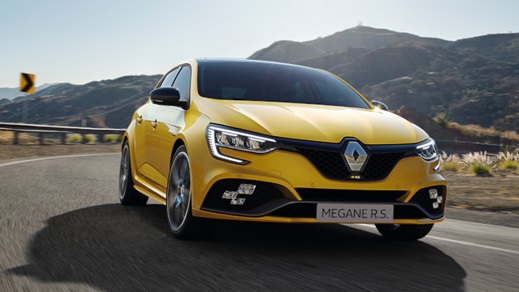