Yes, they do, and lots of different ones can be found as both new and used vans. They're popular with families who want to carry camping or activity equipment in the back as well as children, when a 7-seater may not be robust enough for what you want to carry.

Another use case would be for companies who need to transport a five-strong workforce to a job site, as well as their tools and supplies.

Let's take a look through our guide of the best vans with five seats, starting with the smallest and working our way to the largest.

Most of the small vans you can buy (excluding car-based vans) are available with a 5-seat crew van option. Their cargo areas may not be huge by van standards, but they're much larger than what you'll find in any family car, MPV or SUV.

As the 'backbone of Britain', you may well have expected a Ford van to be in this list, even if you weren't aware that the compact Transit Connect van also came with a Double Cab-in-Van (DCIV) variant.

It's possible to find both L1 and L2 versions of this variant, both of which have a payload of around 750kg dependent on specification. They both also have a moveable mesh bulkhead, allowing you to increase/decrease cargo area or passenger space as required.

These variants can fit 1x Euro-pallet, but the L2 versions trump the L1 for overall load space, offering up to 1.6m3 of room vs 1.2 for the shorter model. 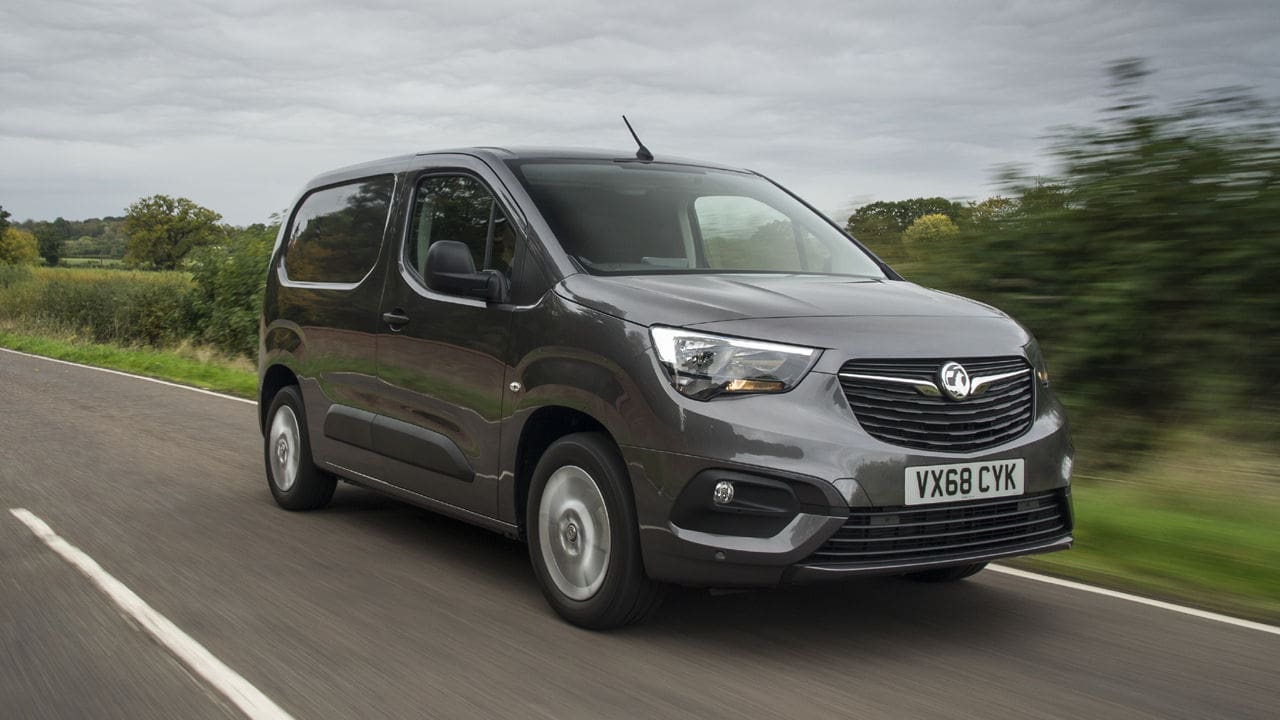 The mighty Vauxhall Combo Crew Van not only has five seats for driver/passengers, it also has a payload of up to 1,000kg, meaning you can fit five 100kg people (about the weight of a professional rugby player) inside and still have half a tonne to play with in the cargo area.

The loadspace is 1.8m3 with all five seats in place, which is a decent amount. This can be expanded to 4.0m3 with the seats folded, and the load length is up to 3,050mm with the load-through hatch specified.

The efficient 1.5-litre BlueInjection turbodiesel engine manages over 50mpg, ensuring the Combo Crew Van remains as economical to run as it is to buy.

The E-NV200 is unique in the world of vans, and not just because of its fully electric powertrain. It's a slightly unusual shape that straddles a middle ground between a small and a medium sized van, erring on the smaller side but with increased practicality over its competitors.

A little-known fact about the E-NV200 is that there are three distinct versions. There's the popular panel van, the 7-seat passenger version and this, the E-NV200 Combi 5-Seater, which blends passenger space and cargo area with aplomb.

Even with all the seats in place, the cargo capacity is still a fantastic 1.9m3. It can carry up to 710kg and tow 401kg, depending on configuration. The all-electric range is rated at between 124 and 187 miles, determined by the type of driving you are doing. 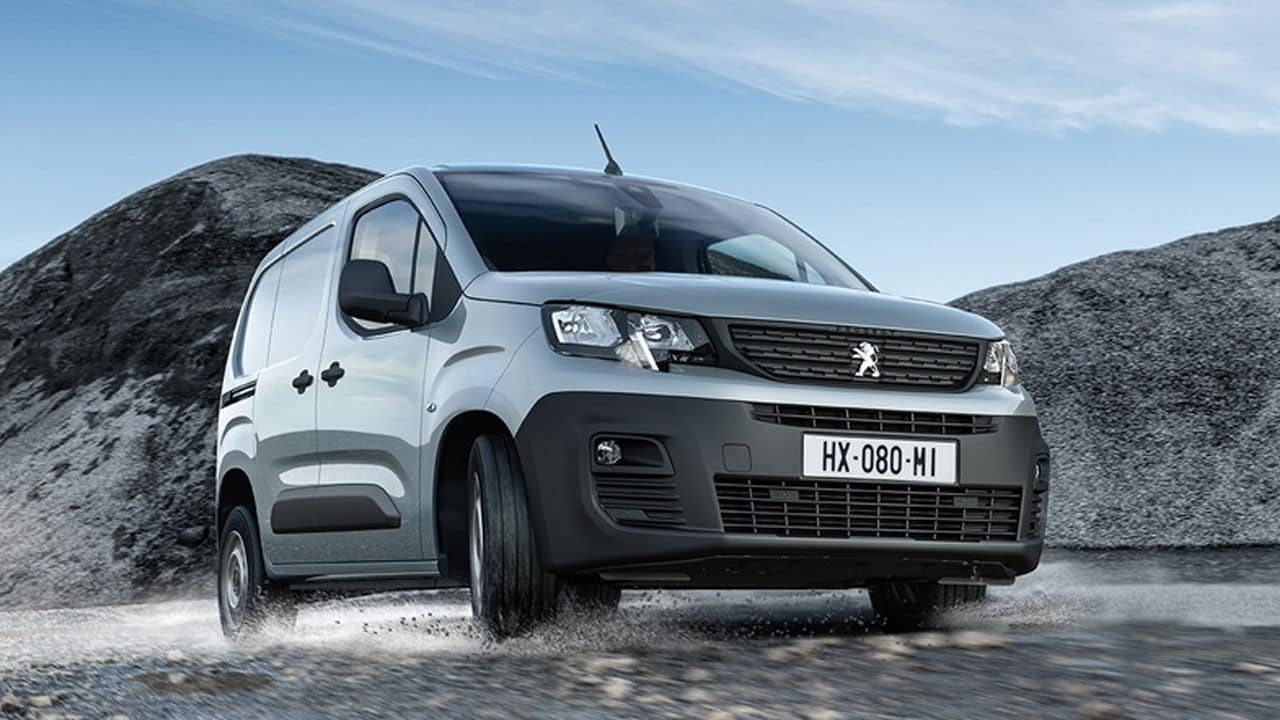 Peugeot have been a major player in the UK commercial vehicle market for many years, with an excellent range of vans that have proven to be tough, durable and more than up to the job.

Their small 5-seater van is the Partner Crew Van, which manages a more than decent 1.8m3 of loadspace with all five seats in place. Put the van back in 2-seat mode and move the bulkhead out of the way and you'll reveal a 4.0m3 load area.

The addition of a fully electric e-Partner variant to the Crew Van range is more than welcome, allowing you to transport both people and things with zero tailpipe emissions. 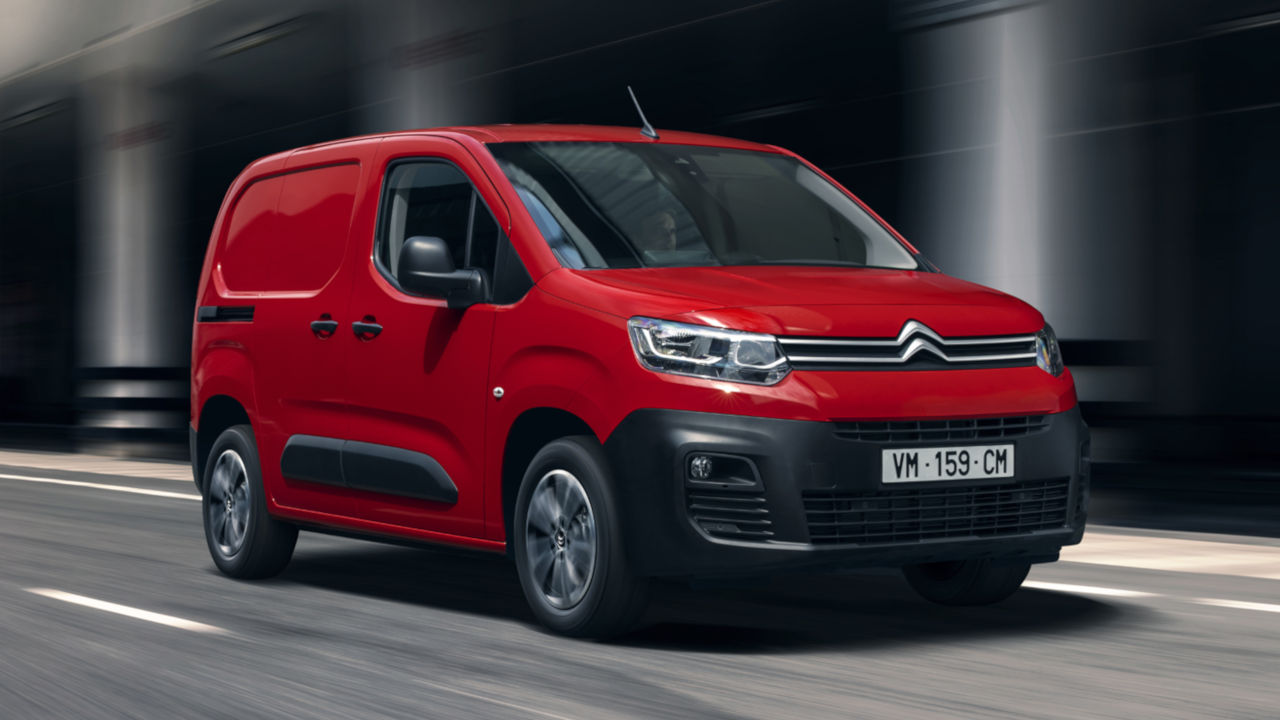 Built on the exact same platform as the Combo Cargo and the Peugeot Partner, the Citroën Berlingo Van, seen here in Crew Van format, offers all of the same traits as those two vehicles.

These are comfortable, well-equipped vans (particularly on the higher trim levels) that can take care of business without dropping the ball on passenger space.

The Volkswagen Caddy is one of the most ubiquitous small vans out there, famed in the world of commercial vehicles for its practical dimensions, car-like driving experience and supreme durability.

Kombi versions are what you need to look out for if you want a 5-seater VW van. These offer a good amount of passenger space as well as a decent cargo area, too.

One of the key reasons people buy a Caddy over anything else is the refinement. The 2.0-litre diesel engines are punchy and quiet, making long journeys effortless.

Medium vans are very common on British roads, with their flexibility to carry larger loads balanced out with decent fuel economy and ease of drive. Crew van variants of these models make excellent family haulers and workforce transporters alike. 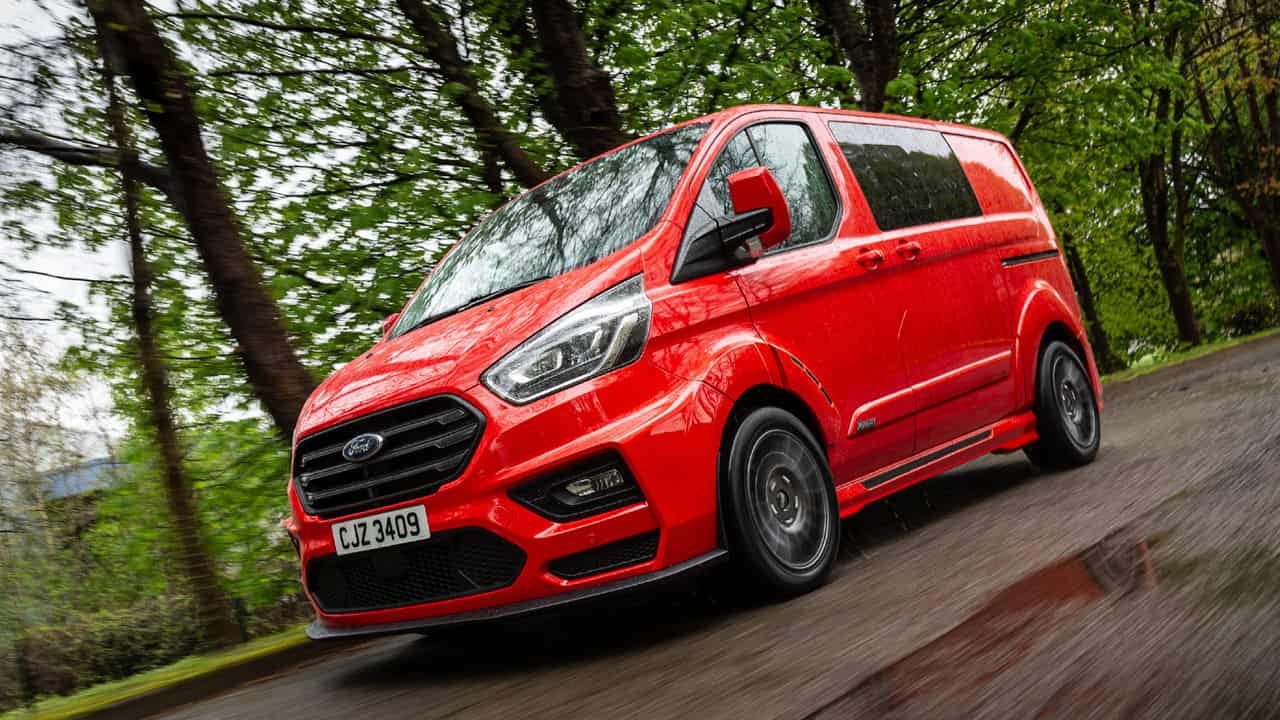 Ford dominate the combi (crew) van market in the UK, and you'll find more used examples of the Transit/Transit Custom Double Cab-in-Van (DCIV) than any other crew van on the market.

There's a good reason for this: value. Ford have always been the company that produce vehicles for the masses, and the crew van market is no different.

The Transit Custom Double Cab-in-Van is a great example, offering a marvellous blend of both passenger comfort and practicality. The plusher, more family-oriented variants of the Transit Custom DCIV come with a 5-seat layout.

Load space depends on whether you get an LWB, SWB, lo-roof or hi-roof variant, and ranges from 1.3m3 right up to 2.5m3 with all the seats in place. Racy MS-RT variants like the one pictured are probably the best-looking 5-seater vans out there. 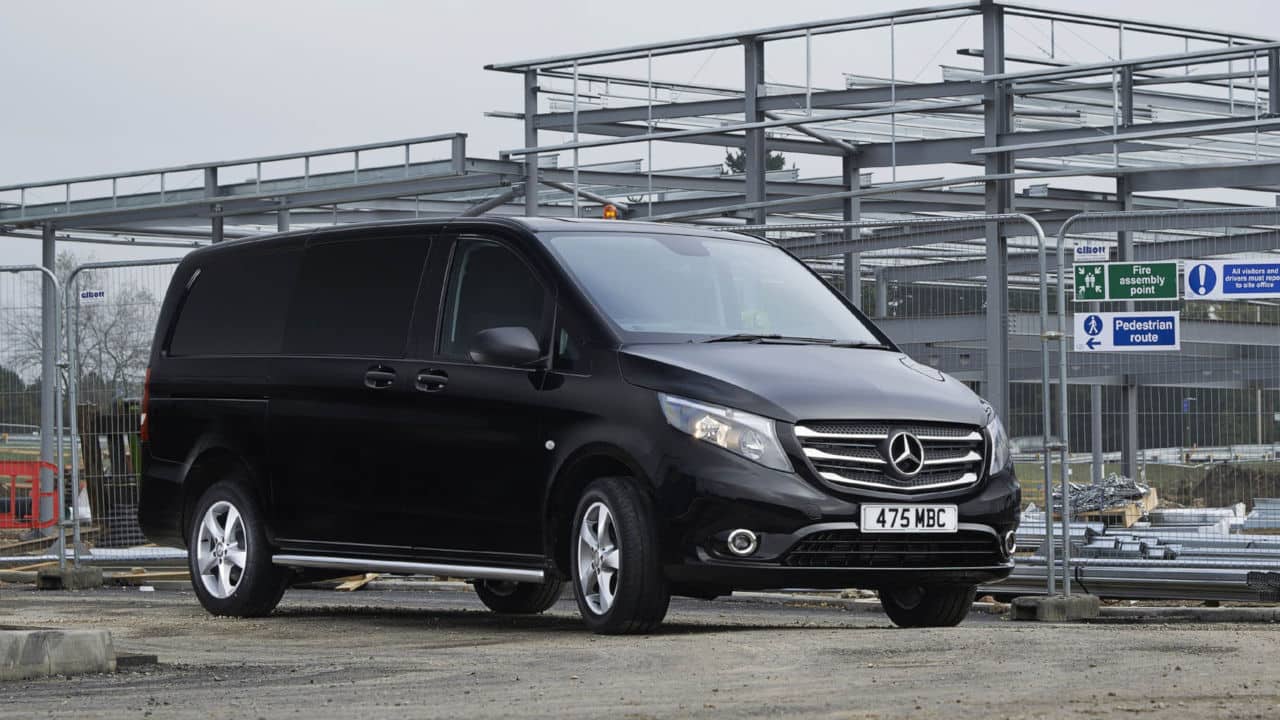 The Mercedes-Benz Vito is the brand's mid-size van, designed to blend practicality and efficiency with a premium edge.

5-seat variants tend to be the higher trim grades, although low-spec versions (which are usually 6-seaters) in this configuration can be found on the used market if you look hard enough. Those higher specification models come with bits and pieces like alloy wheels, air conditioning and even leather seats, if you're lucky.

It comes in three body lengths, with the cargo area behind the rear seats ranging from 3.1 to 4.1m3 depending on the one you go for. 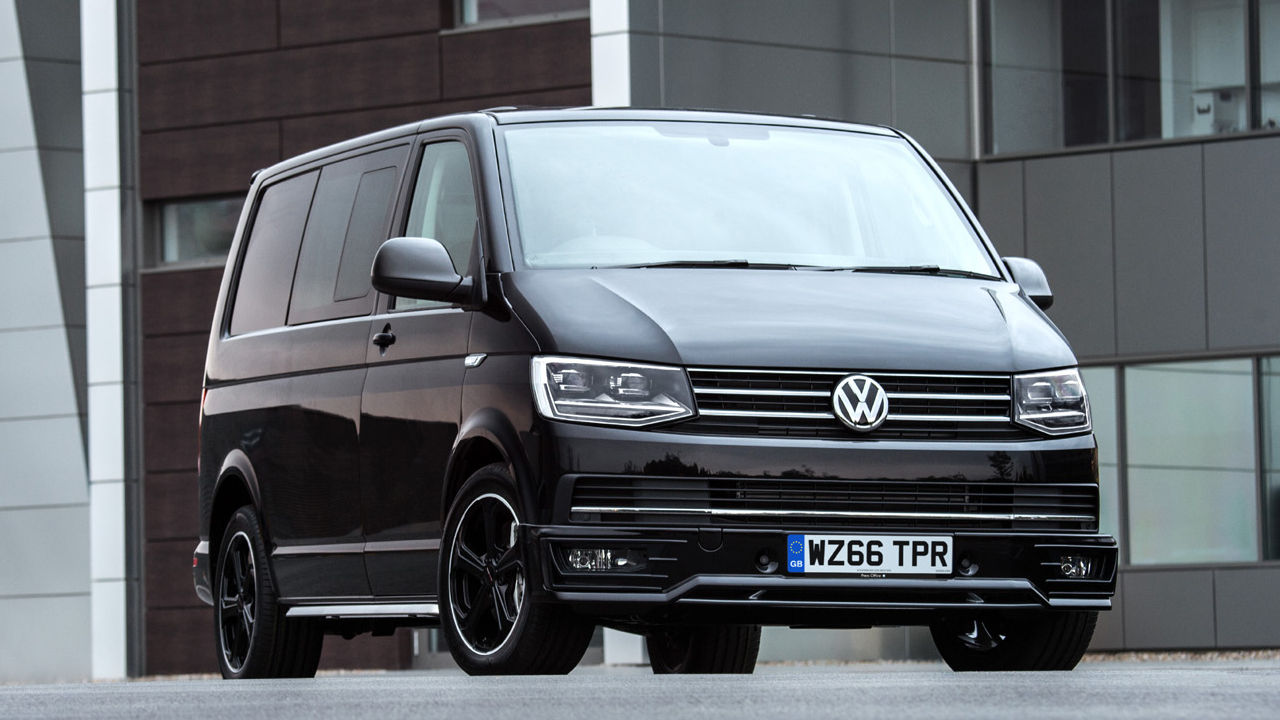 The Volkswagen Transporter is an absolute institution across Europe. The iconic silhouette of what a van should look like has always been the hallmark of the transporter, going right back to the T1 version of the 1950s and '60s.

Its legendary reputation for being good at pretty much everything holds up well in the crew van market, where its combination of refinement and useful features has helped it to become one of the most popular vans out there.

Like the Transit Custom and Vito, higher specification variants with leather seats, air con and cruise control tend to be configured in a 5-seat layout, tailored more towards family life than hard work.

Vans with more than 5 seats

These vans offer 6-seater variants, which can come in handy. Here's a list of vans that have crew van (combi) variants that can transport more than five people:

Find your perfect van with 5 seats

As shown by this list, there are many more vans with 5 seats than you may have first thought. Another option that you may not have considered is a pick-up truck, which tend to come with five seats and do offer some level of van-like practicality, particularly with a load cover attached.

At Evans Halshaw, we stock all of the above models as used vans, and sell the majority as new vehicles, too. Start your search for a van today. 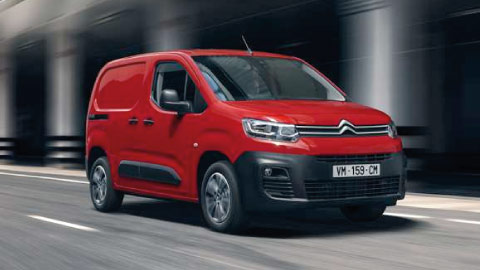 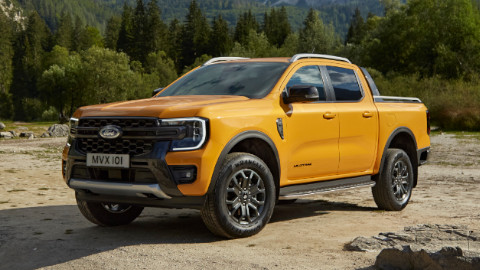 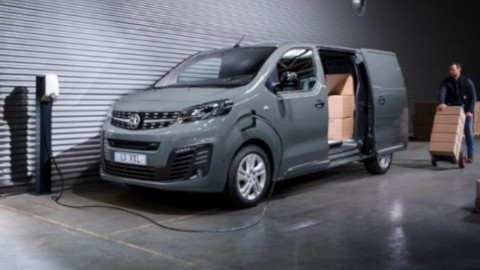