There is quite a lot of choice for this modest budget. Discover our favourites below

The humble 7-Seater has the epic ability to carry all the family with ease and comfort.

If you're a family with three or more children, it makes sense to consider a 7-seat MPV or SUV as your next family car. Usually they follow a 2-3-2 seat layout with the rearmost seats folding up and down easily for either extra passengers or extra luggage, depending on that day's requirements.

There are lots of great value used 7-seaters on the market from popular manufacturers such as Ford, Vauxhall and Citroën for under a £10,000 budget.

Below we take a look at some of the best on offer, which may just surprise you.

Replacing the second-generation Zafira was never going to be easy for Vauxhall as it was really, really popular.

However, in 2012, Vauxhall bit the bullet and launched the Zafira Tourer. It was larger, more spacious and had an even more ingenious seating system.

It had a more upmarket interior too, quality was much higher than on the regular second-generation Zafira and the spec was decent as well, with alloys, DAB radio, air con and cruise control all standard features on the Zafira Tourer.

There were a range of petrol and diesel engines - varying in size and economy - available when the car was new and you'll find a smattering of all of them on the used market. The most popular was the 1.6 CDTI diesel.

In order to build on the success of the first-generation Grand C4 Picasso, Citroën decided to take quirkiness and innovation to previously unseen levels in the family 7-seat MPV market.

With futuristic aesthetics on both the inside and outside, the second-generation Grand C4 Picasso remained popular right up until the point it was renamed the C4 SpaceTourer, which is still a great choice on the new market.

Back to the used market, and you can find lots of examples for well under £10,000, which is great value for what is an extremely practical and spacious MPV.

Most diesels are 1.6-litre in size, and they're incredibly economical to the point where you should regularly see 60mpg plus.

The first of two SUVs in the list, not many people know that Nissan made a 7-seat version of the Qashqai, imaginatively called the Qashqai+2. It was slightly longer than the immensely popular 5-seat Qashqai and had two extra seats where the boot normally would be.

The two extra seats could be folded flat into the floor for increased boot space, and the seats have enough room for occasional use only by small people, in reality.

All the great traits of the normal Qashqai remain, including car-like driving dynamics, a high driving position and a roomy interior. The longer wheelbase makes the Qashqai+2 ride better too.

Most examples are 1.5 or 1.6-litre dCi diesels, but there are petrol versions too. £10,000 will get you a much nicer facelifted car, as shown in the picture, making the Qashqai+2 a great value used 7 seater.

You may have been expecting to see the Ford Galaxy in this list, but we've chosen the more affordable Grand C-MAX as they're more readily available when working to a £10,000 budget.

The bigger brother of the regular Ford C-MAX, the Grand C-MAX was designed for Europe with some of the most popular USA Minivan-style features included. Ford are American, after all.

These features included sliding side doors for much easier access to the rear seats, and you should look out for versions with an electrically-powered automatic tailgate, which was an optional extra when the car was new.

Both pre-facelift and facelift (pictured) models are now available for under £10,000, with a range of petrol and diesel engine options as well as both manual and automatic versions too.

Renault have always made stylish cars, and they carried that typical French design flair into the third-generation Grand Scenic, easily making it one of the best-looking MPVs on the market.

It's not all style and no substance though, with excellent practicality typified by the 7-seat layout, super-spacious interior and a seemingly never-ending amount of storage spaces and cubby holes.

It came with a 5-star NCAP safety rating and the 1.5-litre dCi diesel models were brilliantly economical, especially on the facelifted versions from 2013 onwards (pictured).

Both manual and automatic versions were available, a Renault tie-up with TomTom means that most used Grand Scenics you'll find with have sat nav fitted as standard, which is a bonus. 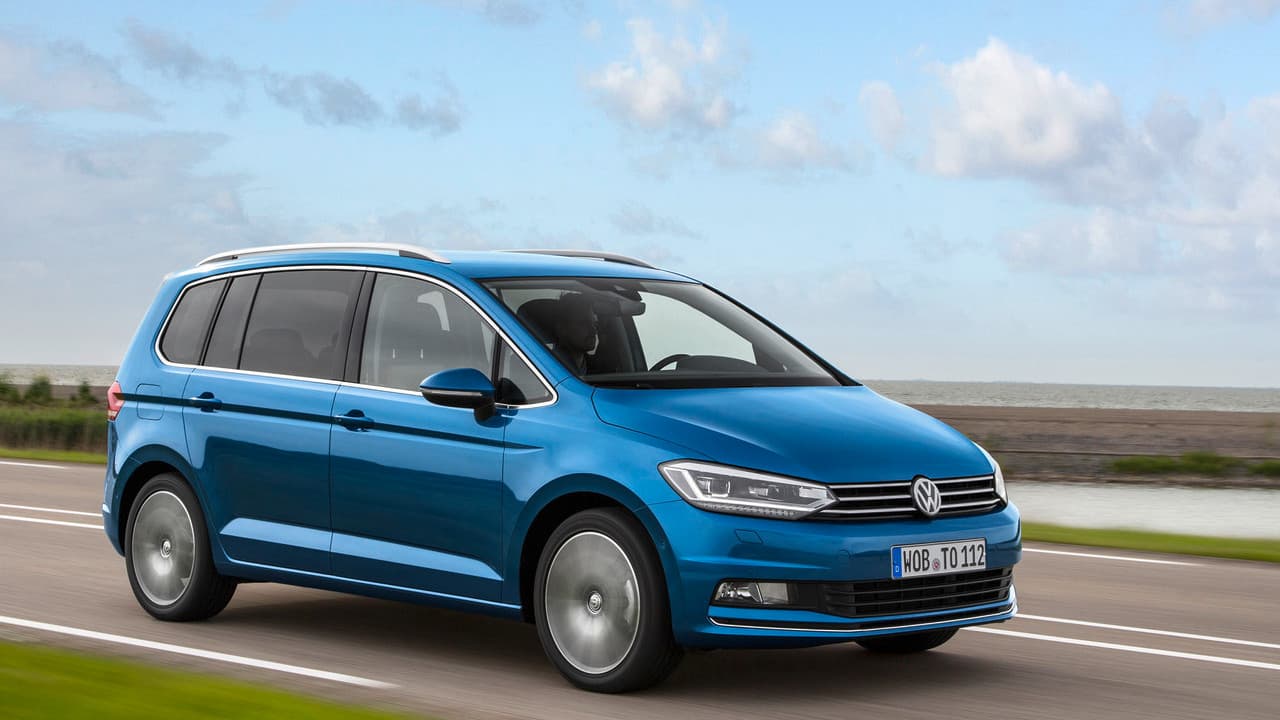 Volkswagen make some lovely cars and the Touran is no exception. The classy, unmistakable VW styling and solidly built German-quality interior made this a top competitor on the new market, and even more so in the used 7-seater arena.

All Touran models had a 7-seat arrangement as standard, and the high-up driving position gives drivers a commanding view of the road, and excellent all-round visibility is provided by the large glass windows.

Such is the build quality that the Touran is very quiet and comfortable, while the 1.6 and 2.0-litre TDI diesel engines give you great fuel economy and a lengthy amount of time between trips to the petrol station.

A choice of manual and DSG automatic gearboxes make this a great used 7-seat option.

Most used 7-seaters you'll find for a £10,000 budget are MPVs, but even in this price range you'll be getting a modern vehicle with great safety tech and much improved driving characteristics over family buses from years gone by.

The SUVs in the list are more than a match for the MPVs and have the added benefit of optional four-wheel drive and the trendy SUV styling cues that are all the rage right now.

Why not browse our used car offers or new car offers if you are still trying to find your perfect example.