Why buy a small van?

Small panel vans are useful for a number of scenarios and businesses. When travelling around towns and cities, making deliveries or in-between jobs, small vans provide you with transport that is efficient, easy to drive and yet still provides plenty of room for products, equipment and tools.

Small Ford vans such as the Transit Courier and Transit Connect have proven immensely popular over the years, but strong competitors such as the Peugeot Partner, Citroen Berlingo and Vauxhall Combo Cargo (all of which share a platform) are also up there with the best in class.

Don't discount the growing number of small electric vans on the market either, such as the excellent Renault Kangoo Z.E. and the Nissan e-NV200.

Who are small vans suitable for?

Small vans make great vehicles for those who run small businesses, or need a fleet of useful vehicles to regularly travel between locations and need the extra practicality of a van, but don't need to carry huge items. 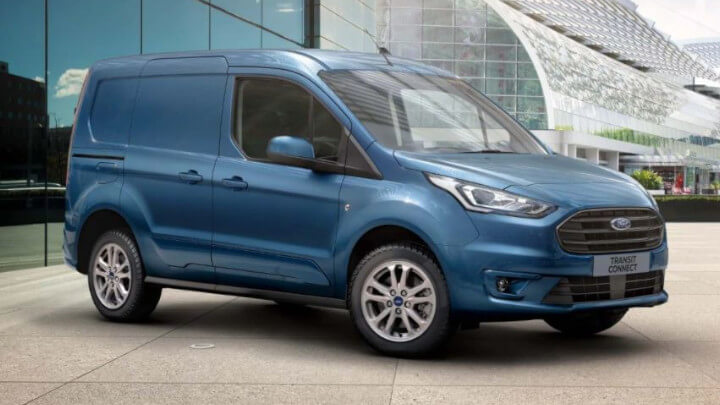 The Ford Transit range has become a default choice for British van buyers, and the compact Transit Connect is yet another example of brilliant van design and engineering.

Available in both short and long wheelbase formats, it has a maximum payload of 982kg and provides up to 3.6m3 of load space. Thanks to its clever load-through bulkhead, you can carry longer items of up to 3400mm in length.

Not only is the cargo and payload capacity very impressive, swathes of the motoring press also praise the Transit Connect for its car-like driving experience. That means a smooth and comfortable ride, as well as excellent steering and handling.

Technology is another stand-out aspect of the Transit Connect, with features such as Active Park Assist, which will automatically steer you into parallel or bay parking spaces without you having to touch the steering wheel. 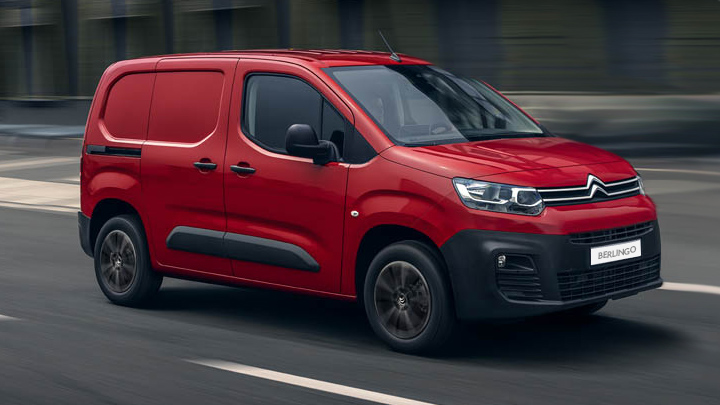 Another long-term favourite of British tradespeople requiring a three-seater small van is the Citroen Berlingo.

It's also one of the best small petrol vans around, with a 1.2-litre three-cylinder petrol engine providing smooth acceleration and excellent fuel economy in both manual and automatic guises. It's available with a diesel, too.

Like most small vans, it comes in two body lengths, the largest of which offers a 3.9m3 carrying capacity and a payload of up to 1,000kg. The passenger bench seat can be folded down if you need to carry longer items of up to 3400mm, or folded upwards for more storage space in the cabin.

There are no fewer than 20 driver assistance systems fitted to the Berlingo Van. The central 5-inch touchscreen is home to the Surround Rear Vision system, which uses two cameras to give you a clear view out the back and side when reversing. 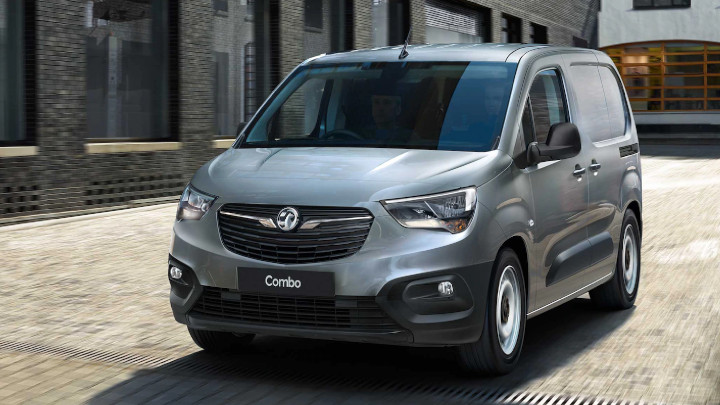 Developed to offer class-leading fuel economy and running costs, the Vauxhall Combo Cargo is available as both a panel van and a small crew van with seating for up to five occupants; two in the front and three in the back.

Only available with a diesel engine, the Combo Cargo offers fantastically low fuel consumption, achieving up to 68.8mpg combined.

With a maximum payload of 1,000kg and up to 4.4m3 of load space (again thanks to an upward-folding passenger seat) it's another ultra-practical load-lugger for the city.

There are several different model grades to choose from, with everything from a rugged entry-level version to top-spec editions with sat nav, alloy wheels, cruise control, parking sensors and air conditioning. 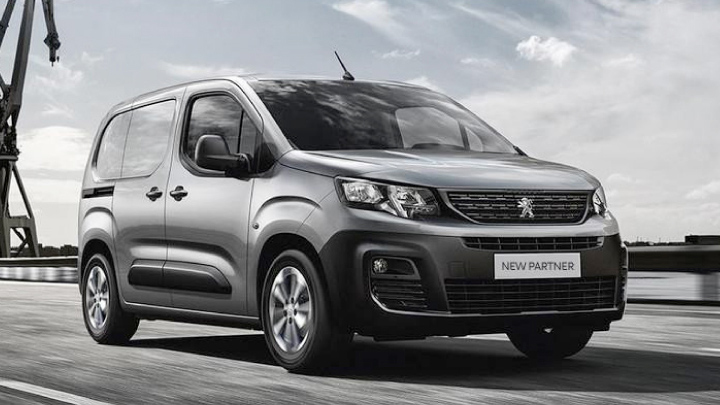 The Peugeot Partner is notable in this list for being one of the best small automatic vans you can buy in the UK. Like the Berlingo, it uses a 1.2-litre 3-cylinder petrol turbo engine that you can specify with a 6-speed manual or an 8-speed automatic gearbox. You can also have a diesel automatic, too.

Available in two body lengths, the maximum cargo capacity is 3.9m3 on the larger model, which rises to 4.4m3 if you make use of the fold-up front bench seat in the cabin. Again, if you tick the right box on the options list this can be a small van with three seats in the front.

The i-Cockpit system, that's also found in all Peugeot cars, features an eight-inch capacitive touch screen which houses all of the vehicle's settings and infotainment in one place. 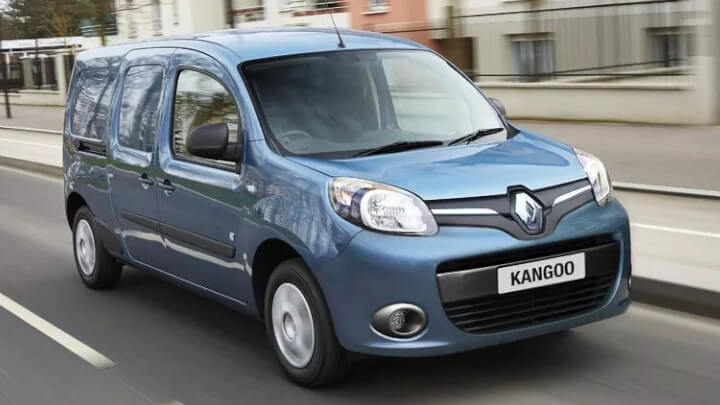 Small electric vans are rapidly growing in popularity in the UK, thanks in no small part to Renault, who are Europe's largest manufacturer of light commercial vans. The Kangoo Z.E. 33 has a driving range of up to 143 miles on a single charge, and can be easily recharged overnight.

The wonder of the Kangoo Z.E. 33 is in the cargo capacity. It has exactly the same amount of space as the diesel-powered version, despite having to make room for its batteries. Payload is more than decent too, at up to 640kg.

There are several useful driver aids and technology features on board the electric Kangoo, including hill start assist, rear parking sensors and Bluetooth connectivity. 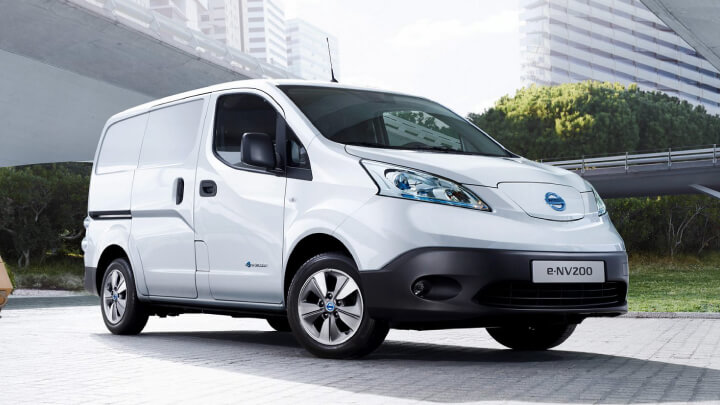 Small Japanese vans are few and far between in the UK, which is why we've seen fit to include the Nissan e-NV200 as a bonus van. It's another compact electric van which can help your business reduce its carbon footprint as well as its running costs.

Its unusual shape means it has an excellent cargo capacity of 4.3m3, when specified in two-seat form. There's also a 5 and 7-seat combi version too, if you need to carry more people than items. Payload is an impressive 705kg.

Driving the e-NV200 is a smooth and serene experience, with its automatic gearbox and electric motor providing instant response and excellent acceleration. High-spec models come with 3D satellite navigation and real-time traffic updates, helping you to navigate urban areas with ease.

Explore our range of new and used small vans

With so many excellent small vans on the market, you're spoilt for choice when it comes to selecting a compact companion for your business. The traits of being easy to drive and cost effective to run are present in all of the vans featured here, so it may come down to which of our new van offers suits you the best.

Used small vans also make an excellent value purchase for your business. At Evans Halshaw, we are able to supply all of the vans above as new and used models. Start your search today to find your perfect small van. 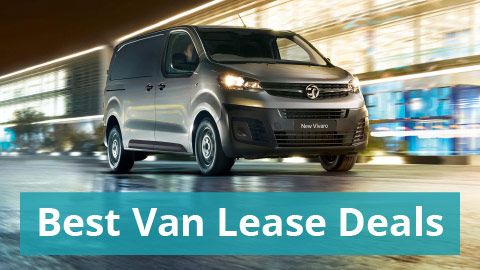 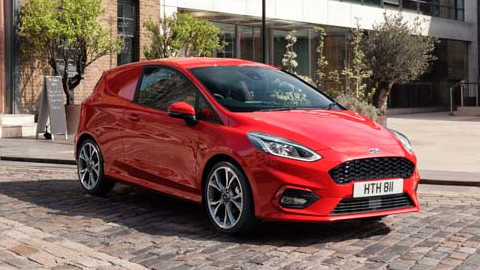