From Spring 2021, the Government is cracking down on a loophole that allowed people to get away with using their smartphone while driving.

The loophole - which allows some people to escape punishment for browsing the internet or checking social media feeds behind the wheel despite being caught in the act - will be closed, with the new law broadening the offence to cover "standalone mode functions as well as the existing interactive communication functions".

This new law is in addition to one brought in in 2017 that introduced tougher penalties for being caught using your phone behind the wheel, doubling the punishment to six penalty points and a £200 fine.

Nonetheless, smartphone usage while driving is still a serious problem, especially amongst young people. This is particularly bemusing when you consider that six points in the first two years after passing your test will see you lose your licence and unable to drive.

How far do you travel while checking your smartphone?

Driving while using a smartphone is extremely dangerous, not only to the offender but to other road users too. Your eyes are diverted from the road ahead, greatly reducing your ability to react to what's in front of you.

To highlight just how dangerous it is, we've visualised just how far the car you're driving travels while you "quickly" check your texts or take a selfie, using popular sports pitches and courts.

These graphics put into perspective the sheer amount of road you'll cover even just by glancing at your phone.

See the table below for a full breakdown of the stats - these are real numbers and shouldn't be taken lightly. 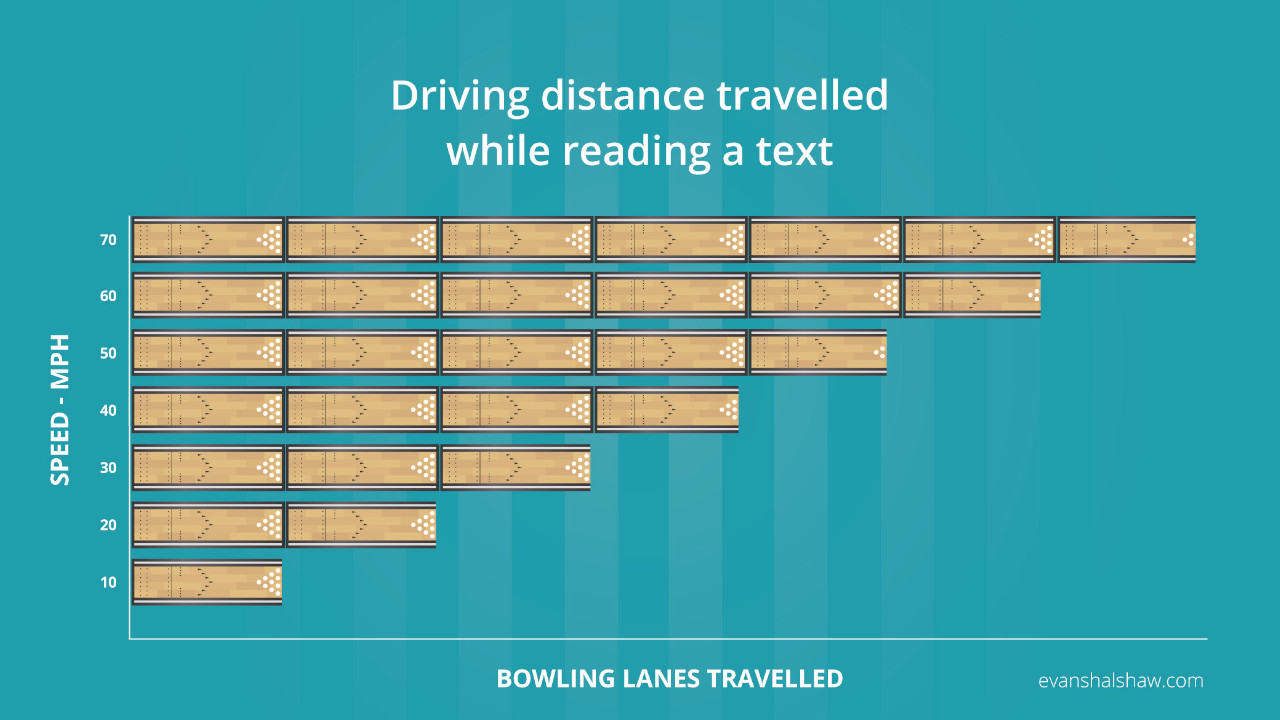 Texting and driving is harmless right? Just a quick check of your WhatsApps and Messenger messages while you're on the move? Wrong.

Though it only takes around four seconds to check a text message, doing that at just 30mph will see you take your eyes off the road for 54 metres - or the length of nearly three standard ten-pin bowling alley lanes.

Check your messages just three times while you're on a national speed limit single carriageway and you'll have travelled more than 320 metres - the length of 17.5 bowling lanes. Strike!

Above figures based on a standard 18.28m ten-pin bowling lane. 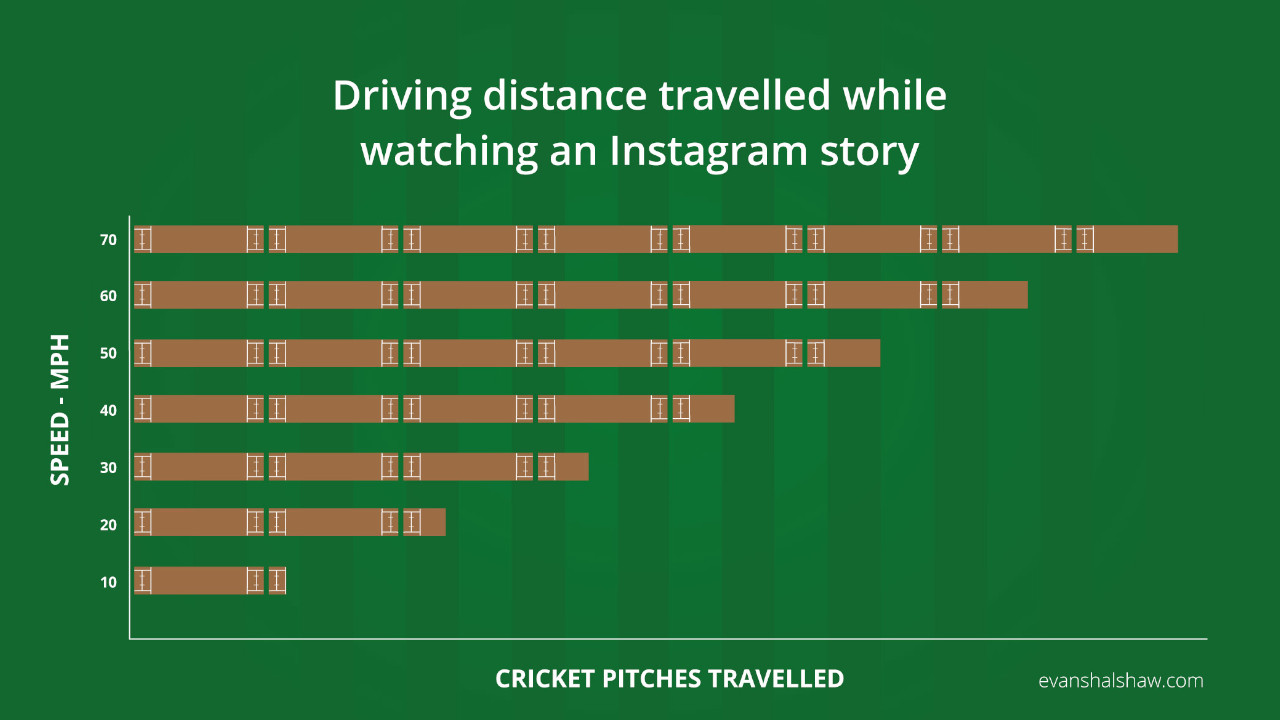 There's no reason at all why you should be checking out what your friends are up to on Instagram while you're driving. That doesn't stop people doing it though, such is the modern desperation to keep up with what's happening in the social media world.

A standard single-image Instagram story lasts for five seconds, not including the time it takes to load the app and tap on a story. Even so, doing just that at 50mph will see you travel the length of more than five and a half cricket pitches. Do that on a regular basis and you could easily be caught behind. 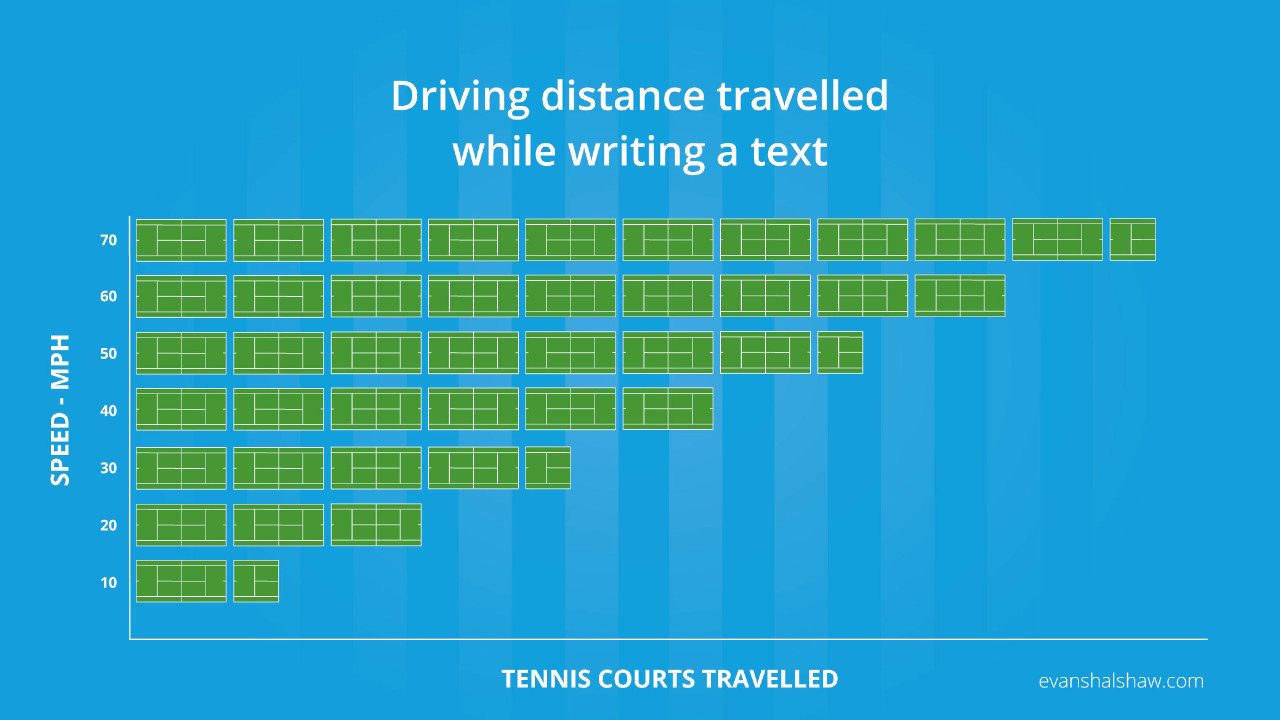 Reading a text while driving is bad enough, but replying to your friends and family is fraught with danger.

The average text message is seven words long, and takes about eight seconds to type out. Do that on the motorway at 70mph and you'll have covered the distance of ten and a half Wimbledon tennis courts (250 metres) - a frightening amount of time not to be concentrating on the road.

But it's okay if I'm driving slowly right? Not really, even typing a text at just 20mph will mean you've travelled more than three courts worth of distance.

The tennis courts at Wimbledon are 23.77m in length.

Taking a selfie while driving 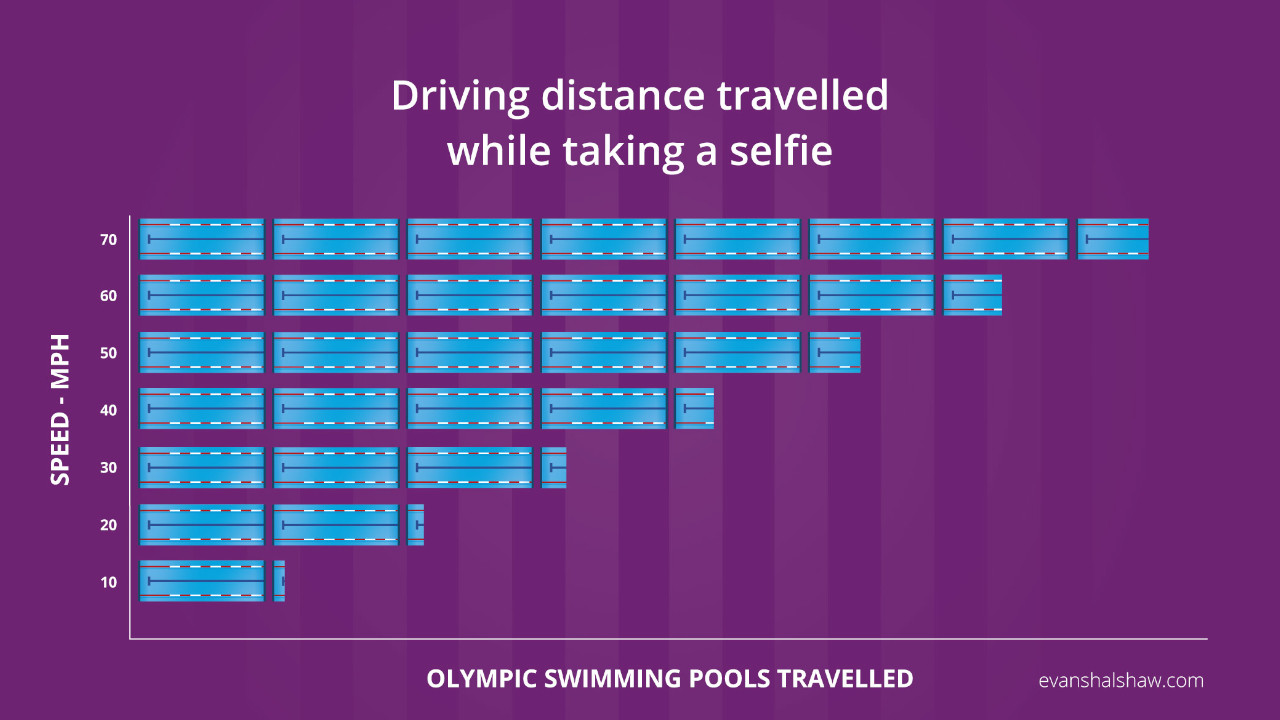 Seriously, there's no excuse for this - taking a selfie while you're driving is highly illegal and extremely dangerous. If caught, not only will you be charged with using a phone while driving, you could face further police wrath in the form of a driving without due care and attention charge.

#RoadTripSelfie at 60mph? Forget it. Do that and you'll travel more than 320 metres, the length of almost six and a half Olympic swimming pools. That's a serious amount of road to cover without looking where you're going.

An Olympic swimming pool is 50m in length.

Reading an email while driving 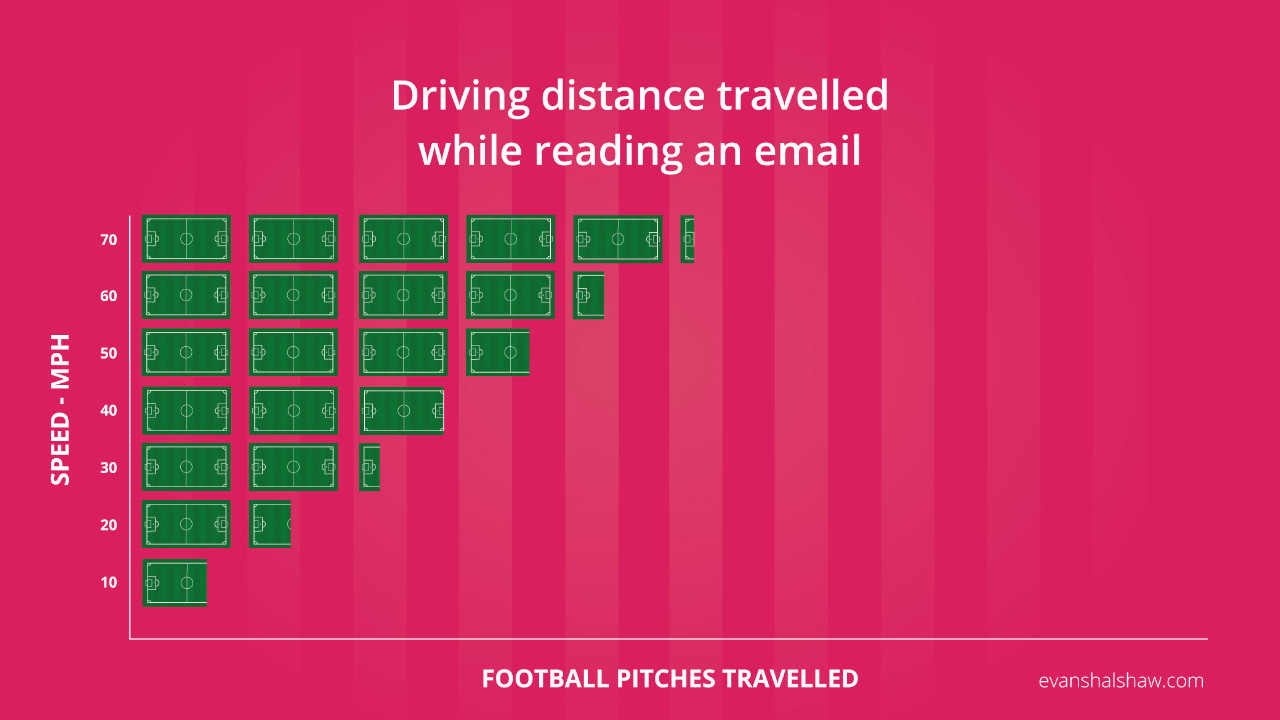 One for the business professionals amongst you - reading an email on the move is likely just as common as checking text messages, and it's even more dangerous.

On average, it takes 17 seconds to read an email, not taking into account the time it takes to open it. If you're munching the miles on the motorway, reading a single email will mean you cover the distance of five Premier League football pitches without your eyes on the road. That's an own goal if we ever saw one.

Premier League rules state that pitches must be 105m long, unless restricted by the size of the stadium.

Put your phone away while driving

With all of the above in mind, it's impossible to justify the use of a mobile device while driving. Whatever it is can wait until you've pulled up in a safe place; it just isn't worth the risk to yourself and others to write a text or read an email on the move.

It's recommended by road safety charity THINK! that you make the glove compartment the phone compartment - storing your phone out of sight will make you less likely to be tempted into using it than if it's in your pocket or the centre console. That's something we'd very much recommend.

See the table for a full breakdown of the stats - these are real numbers and shouldn't be taken lightly.

Next time you reach for your phone when behind the wheel, think again. 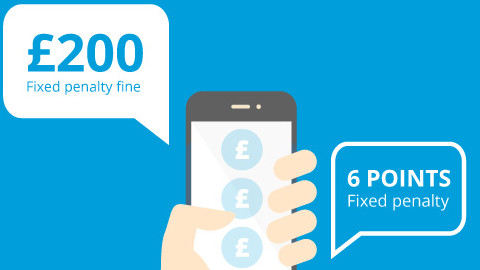 6 Points and 200 for using a phone while driving 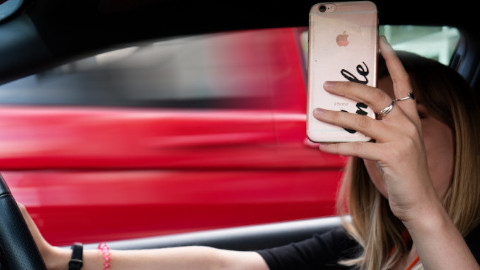