The latest Vauxhall Mokka is certainly a sharp-looking compact SUV, and is the first model in the range to wear the new 'Vizor', which forms a part of the brand's new design language.

As with all Vauxhalls, the latest Mokka is available in a variety of different specifications, ranging from sporty models to ones that are geared towards luxury. Add in a range of different colours available and there's bound to be a Mokka for everyone.

With that said, we asked five of our team members to configure their perfect Mokka. Whether it was petrol, diesel or the all-electric Mokka-e, we wanted to see what they'd go for. 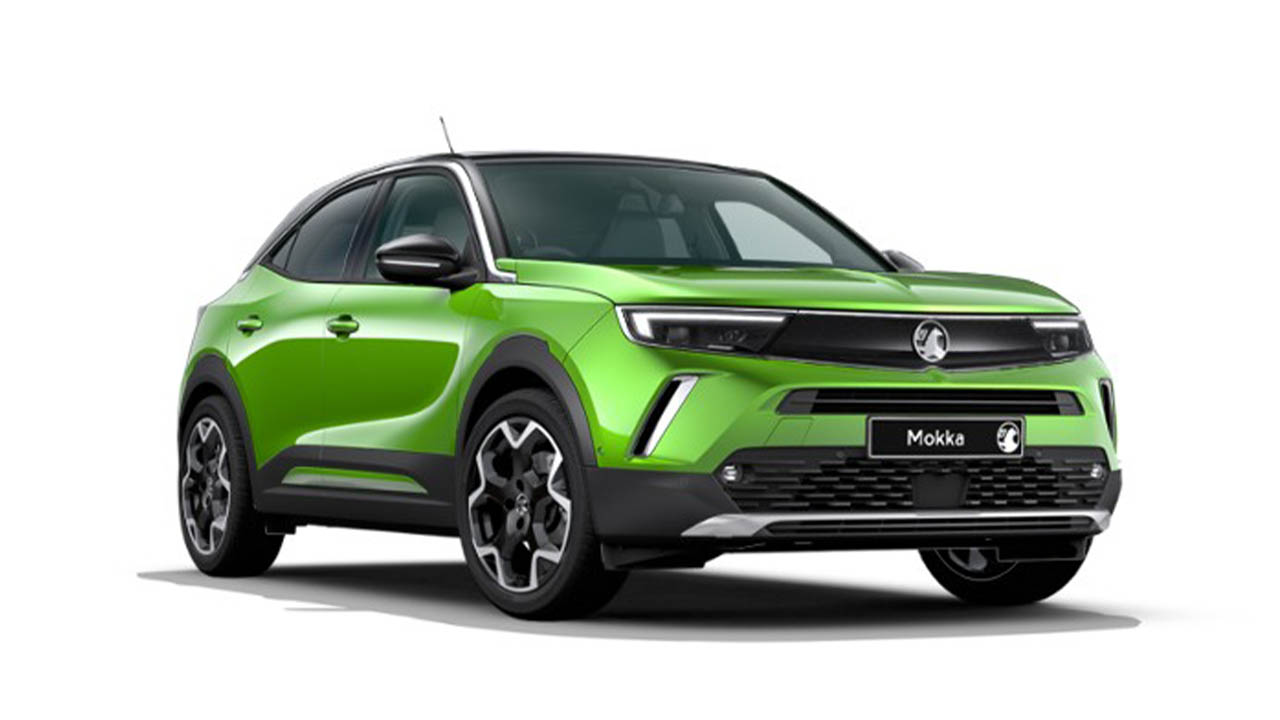 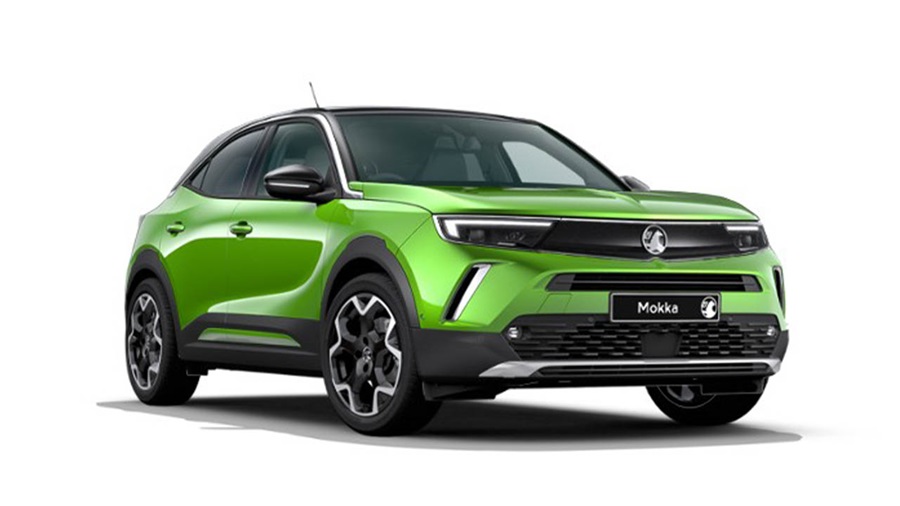 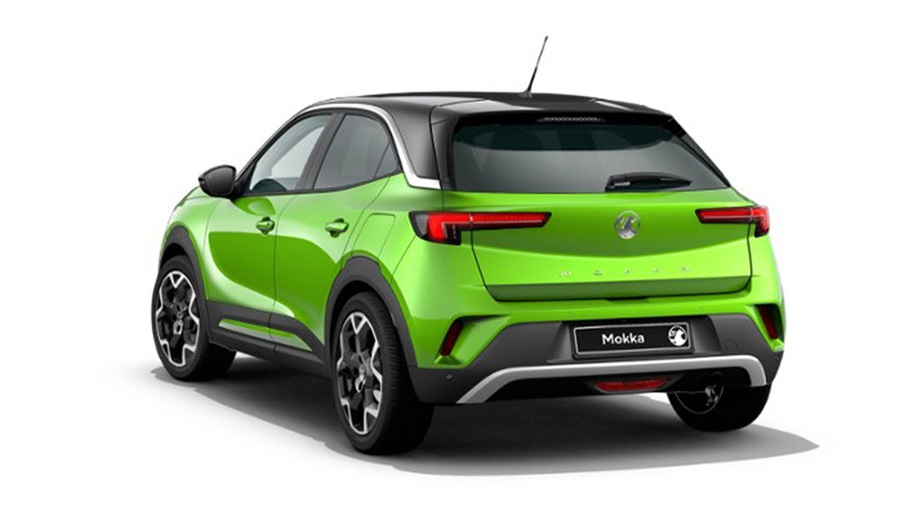 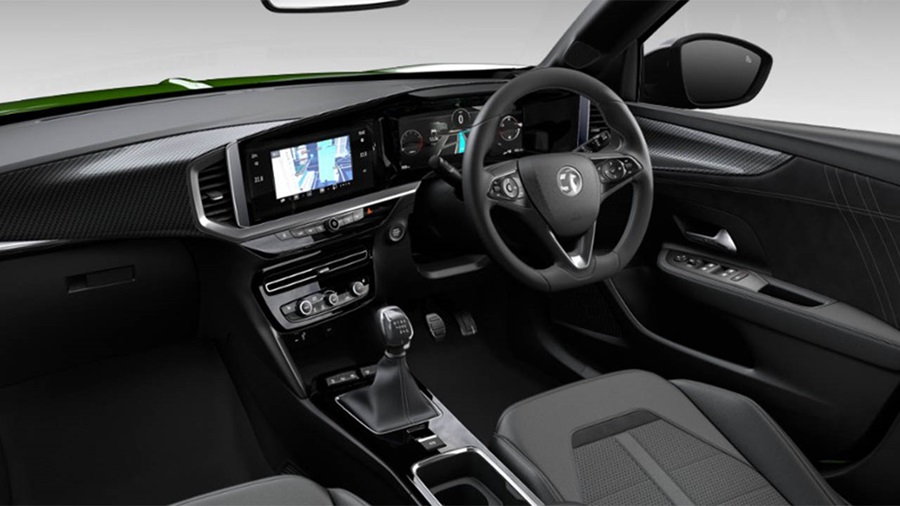 Not that we adhere to stereotypes at Evans Halshaw, but it's reasonable to say that Graphic Designers usually like to make something that pops.

Christian is no exception to this rule, and has opted for a Launch Edition model in the stunning Mamba Green. Although there's an option to make the roof body-coloured, Christian has gone for the black-coloured contrast to break up the green. A fine choice indeed.

Complementing the striking colour are the 18-inch bi-colour alloy wheels that come as standard on the Launch Edition. They certainly add to the Mokka's sharp and futuristic aesthetics.

Under the bonnet Christian has opted for the pokey turbocharged 1.5-litre diesel engine that produces 110bhp while returning over 60mpg. Inside, Christian has chosen full leather in Jet Black for a classy finish. 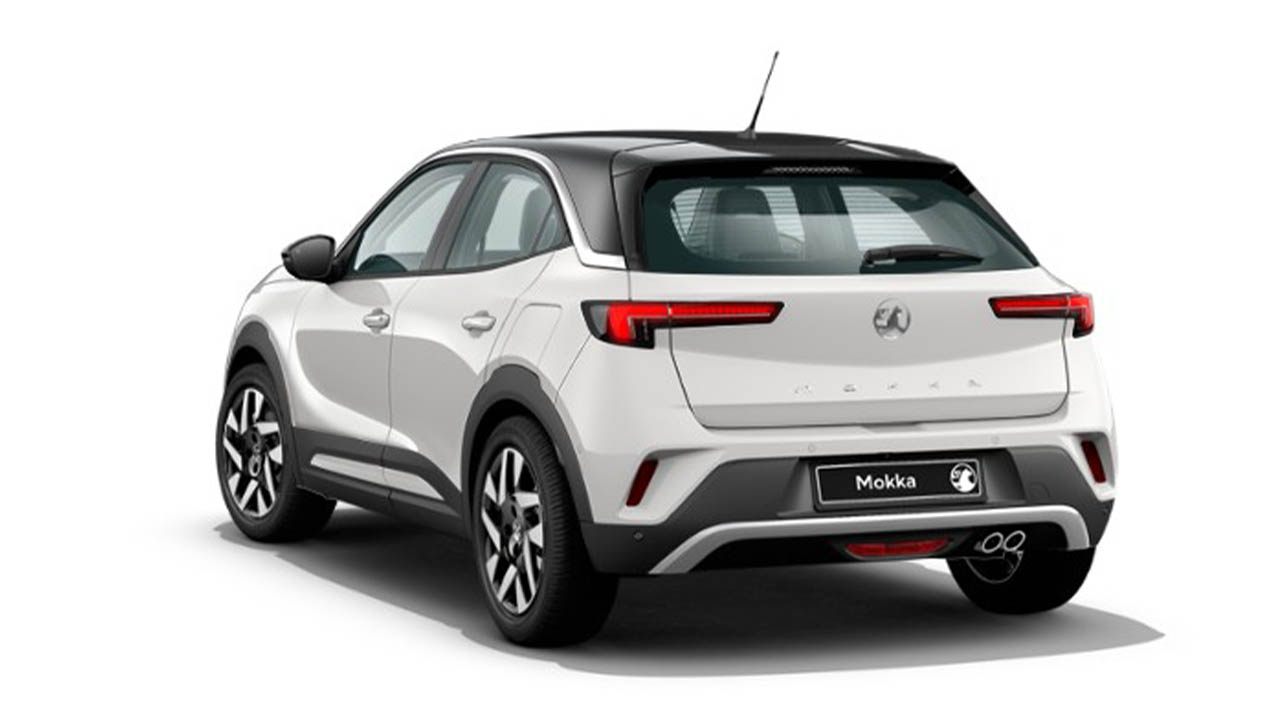 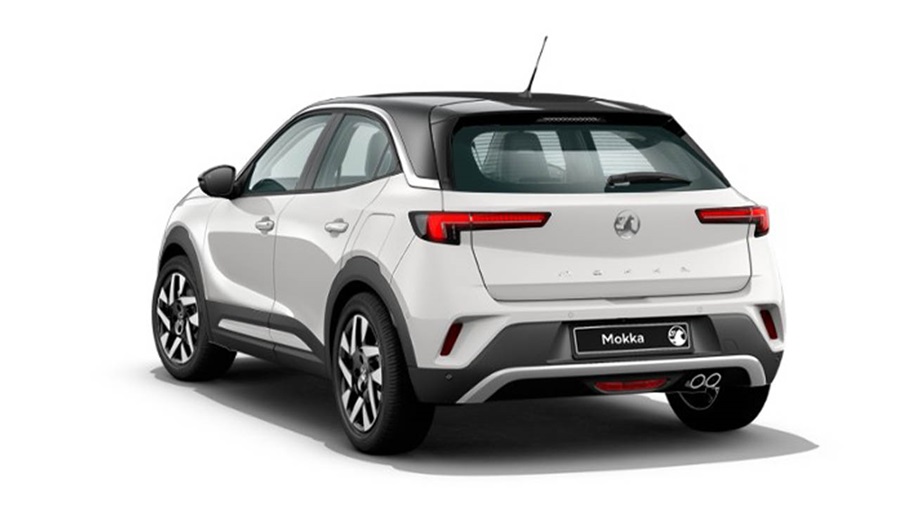 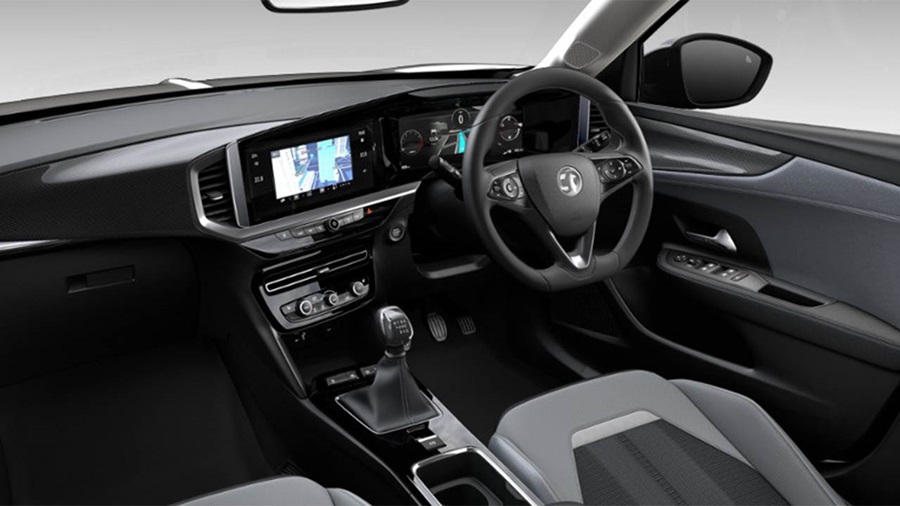 One of our Market Analysts, Sarah, has gone for a slightly more subtle approach with her Mokka, which has been finished in the contemporary White Jade.

Despite being a slightly lower-spec model than the Launch Edition above, Sarah would still benefit from a Multimedia Navi Pro infotainment system with a vibrant 10-inch colour touchscreen and satellite navigation.

Being the Elite Nav Premium model, Sarah would get to make use of parking distance sensors that have been fitted to the front and rear of the vehicle. In addition, this model gets a Panoramic rear-view camera, which was one of the features we highlighted when we explored the Mokka's tech.

Because she doesn't do many miles in a year, Sarah went for the turbocharged 1.2-litre petrol engine with 100bhp. Connected to a 6-speed manual gearbox, this engine is a real gem when navigating towns. 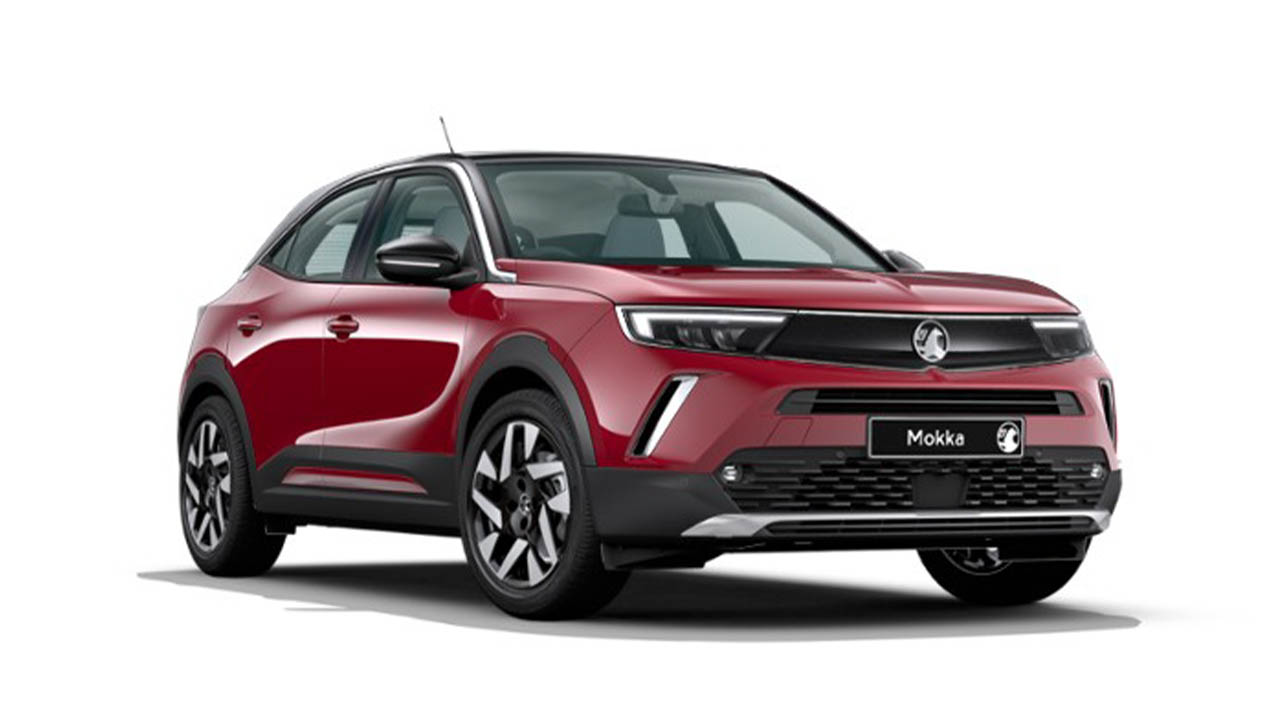 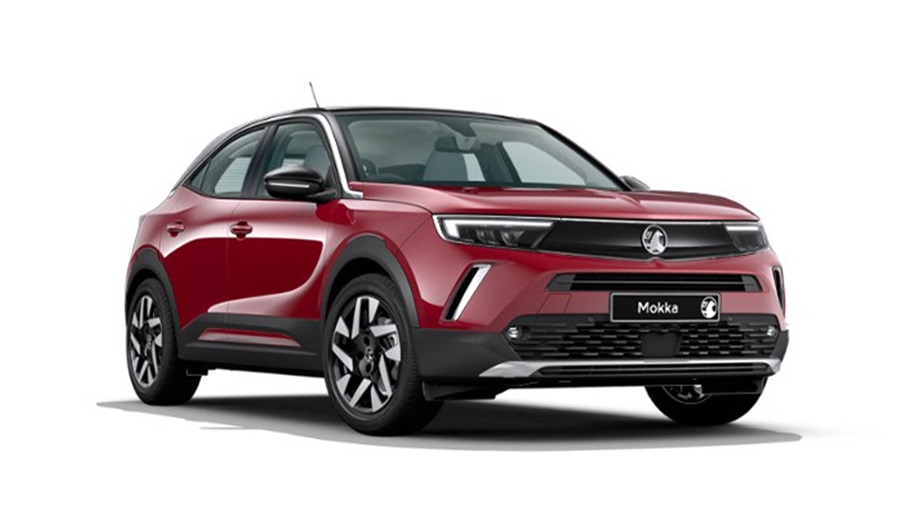 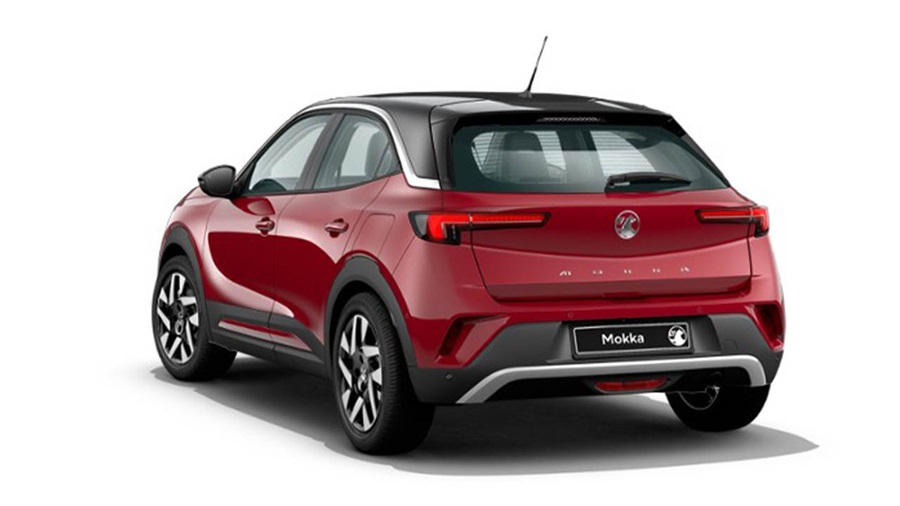 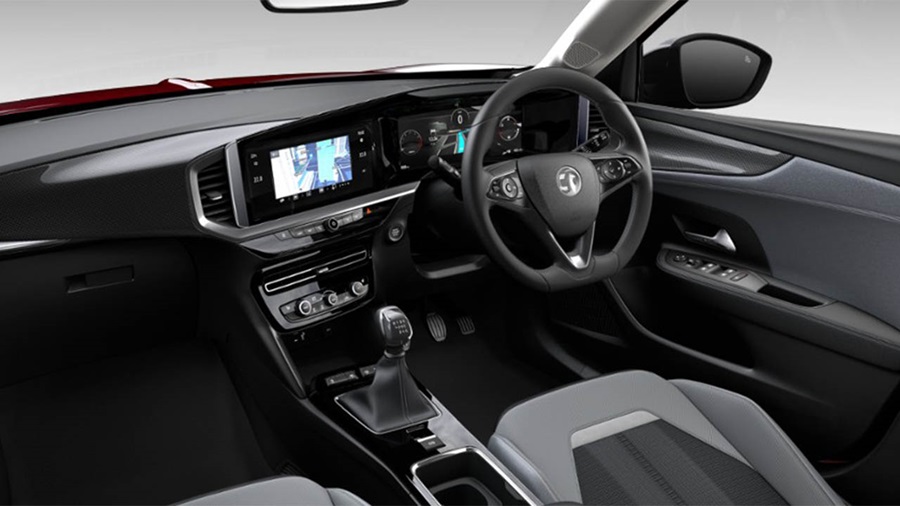 Another Elite Nav Premium on this list, but this one has a few notable differences from the car above. Paige, who designed this particular car, has gone for a slightly bolder colour for a start, known as Power Red. The black contrasting roof works perfectly with the 17-inch alloy wheels, which have been finished in two colours.

Because Paige lives in the countryside, she thought it would be a good idea to get her car equipped with provisions for a spare wheel; can't be too prepared and all that.

In addition to the above, the roads in the country can be quite challenging during the colder months, so Paige opted to have her car fitted with IntelliLux Matrix LED® headlights, which offer incredible visibility on even the darkest of evenings. 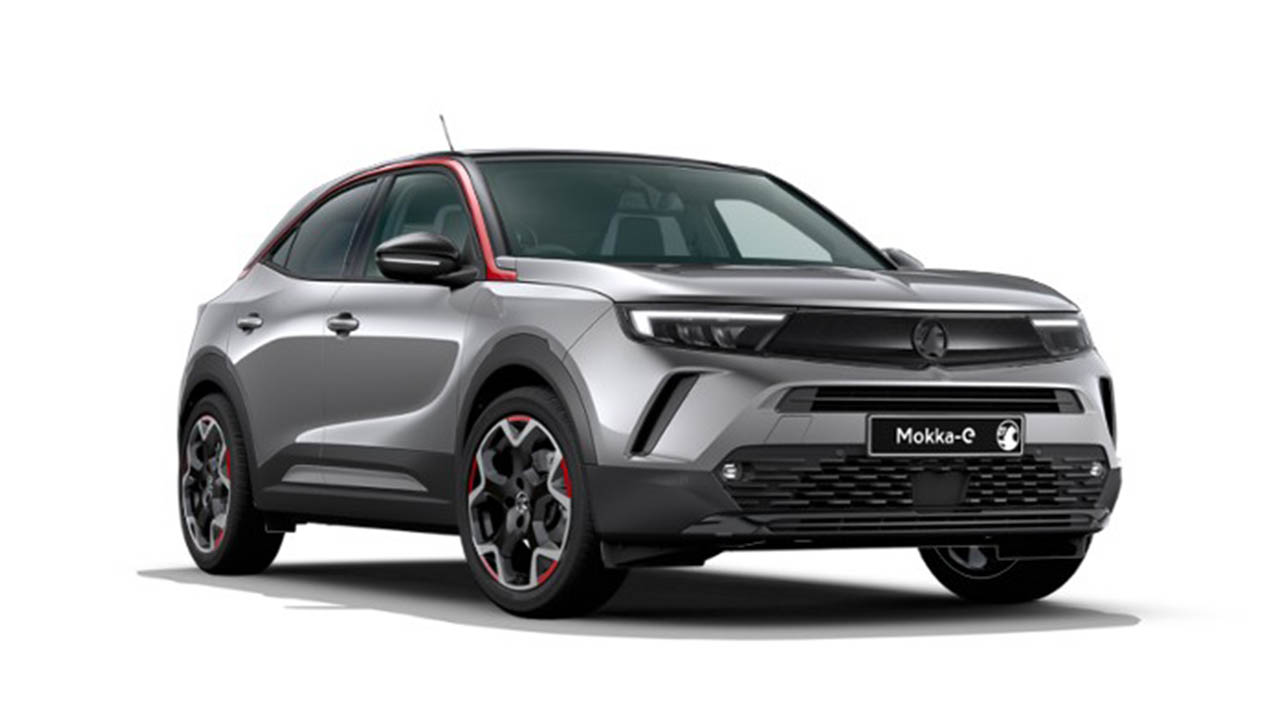 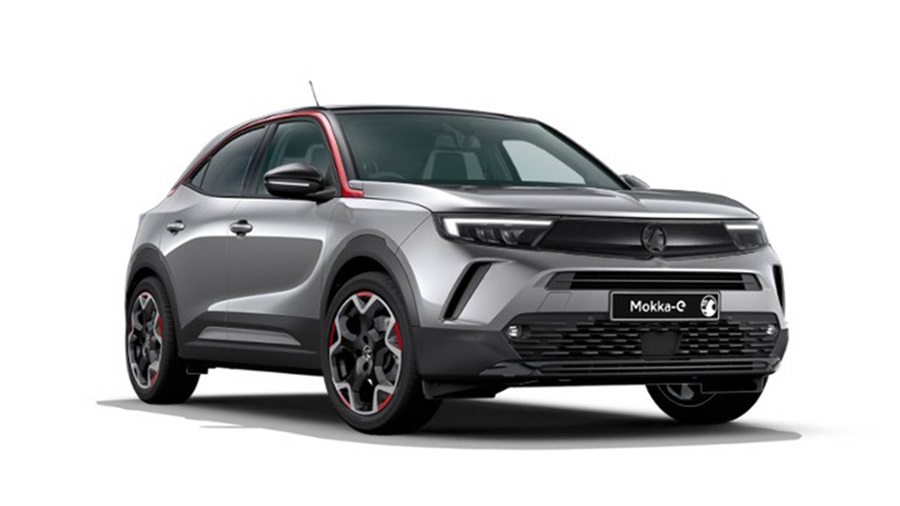 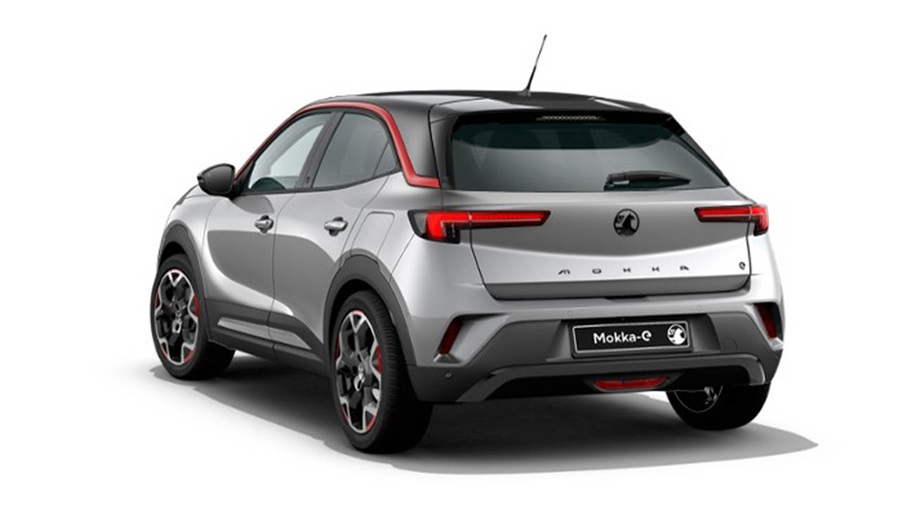 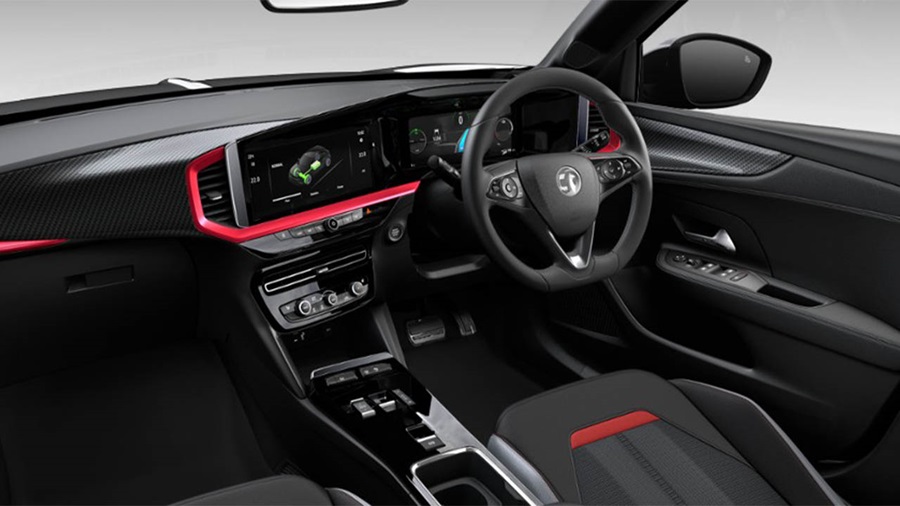 Interestingly, this is the first and only Mokka-e on this list. If you weren't aware, Vauxhall have made the latest Mokka available with an all-electric drivetrain, making it an ideal family car for those who want to reduce their carbon footprint and annual running costs.

Adam has gone for Quartz Grey, which really stands out on the SRI Nav Premium thanks to the inclusion of the 18-inch alloy wheels that have been finished in black and red. The black roof contrasts with the Quartz Grey beautifully, while the red accent above the windows complement the red on the wheels nicely.

Inside, the red accents continue on the dashboard and seats, giving the cabin a visual uplift from more traditional finishes. Being electric, this version of the Mokka is automatic, which makes for a seamless driving experience. 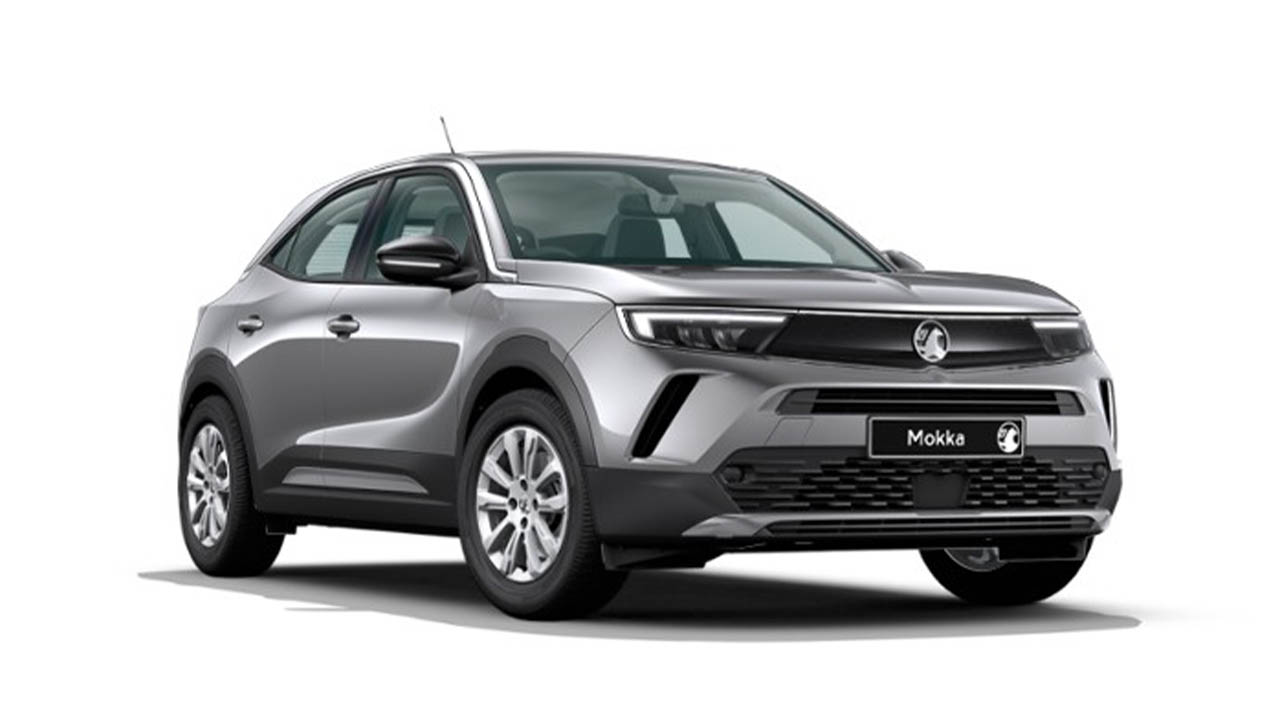 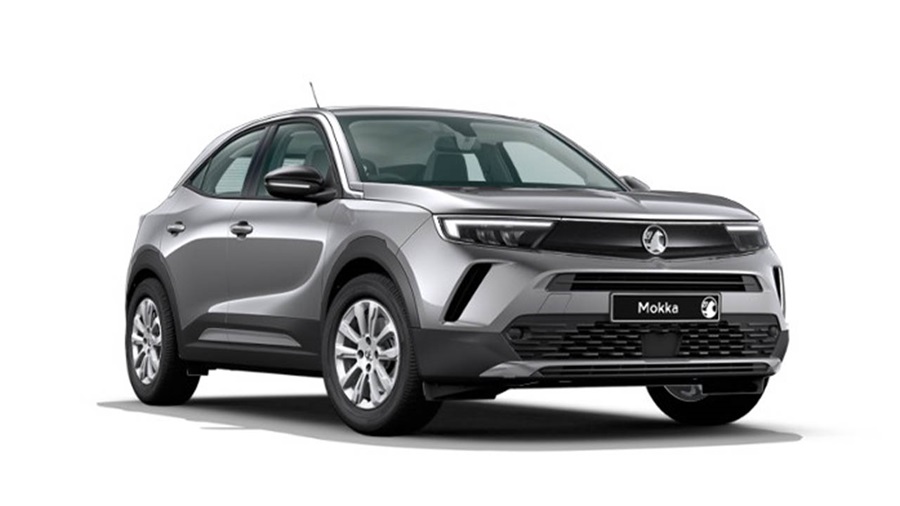 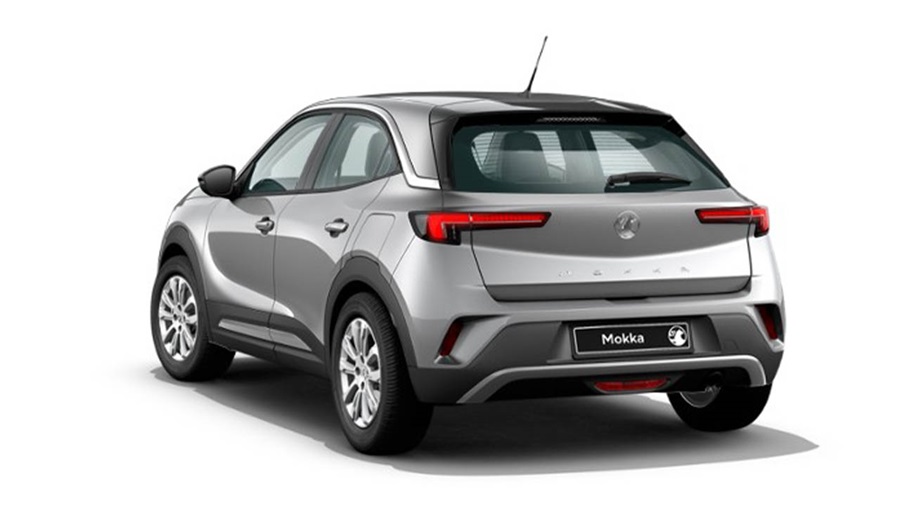 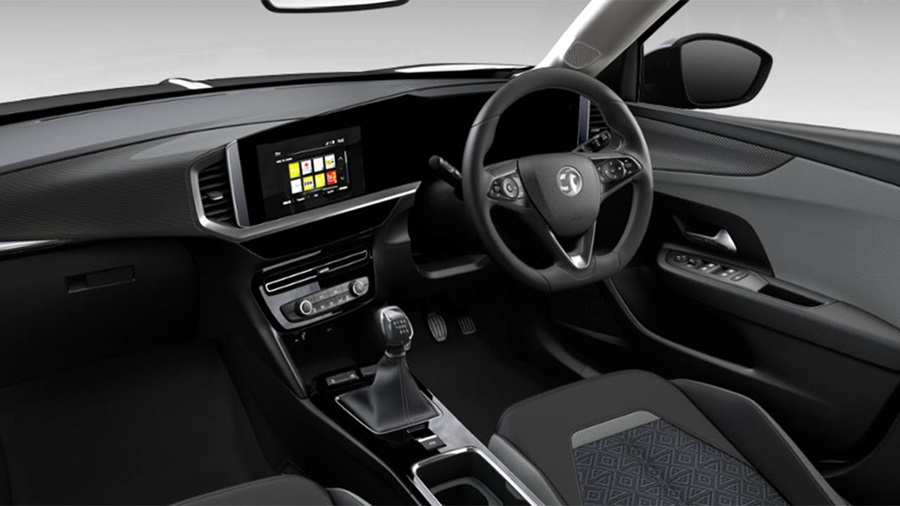 Sophie prefers her cars to be a bit more subtle and functional, which is why she has opted for an entry-level SE Mokka that has been finished in Quartz Grey. Although the 16-inch alloy wheels aren't quite as eye-catching as the ones on higher-spec models, they make up for this with a thicker tyre sidewall, meaning a more comfortable ride.

It's unlikely Sophie will feel short-changed where technology is concerned, either. A 7-inch colour instrument panel features alongside a 7-inch colour touchscreen, which incorporates seamless smartphone connectivity. In addition, Sophie will benefit from cruise control as well as lane departure warning and lane keep assist.

Looking to maximise fuel economy, Sophie selected the 100bhp version of the 1.2-litre petrol engine. With its ability to return circa 50mpg without too much effort, it's bound to save her money at the pumps.

How would you configure your Mokka?

It was evident from the start that the latest Vauxhall Mokka was going to make an impression thanks to its radical design overhaul. However, what really makes the Mokka stand out is the variety of different specifications available, as well as the vibrant colours for those who wanted them.

Naturally, this article is just a bit of fun, but we would certainly recommend having a look at the Vauxhall Mokka configurator should you be in the market for a new compact SUV for the family. After all, there's certainly plenty to love about the latest Mokka, as we've highlighted in this article. 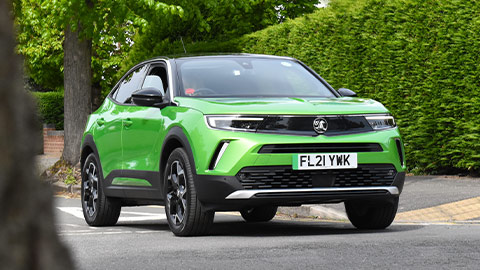 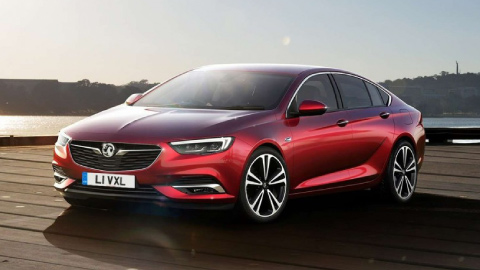 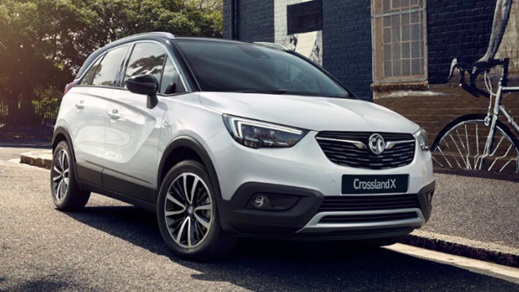