The Vauxhall GSi is back. The legendary Vauxhall name which we haven't seen since the Vectra C GSi, which went on sale in 2002.

Designed to go head to head with the drifting cars of the Far East, the V6-engined Insignia VXR certainly turns heads. With massive chrome-trimmed air-intakes, it's immediately imposing.

Often heard before it was seen, the meaty chrome twin-exhaust is at once menacing, striking and impressive. A mixture of bold, bright colours and shiny chrome, alloy wheels the VXR makes a statement wherever it rolls. 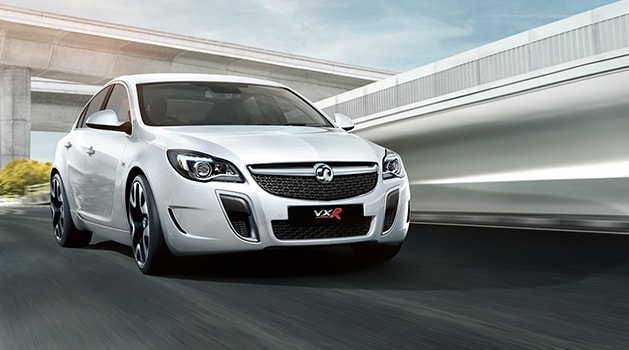 The recognisable air intakes remain, but in a re-designed format. The front-end sits noticeably lower, looking poised to pounce. The front-end has been re-configured to accommodate the new Vauxhall logo layout with the subtle V design reaching out like wings on the grille.

Under the bonnet the 2.8-litre V6 petrol engine is loaded with colossal strength. Capable of producing 325bhp and, with a 0-60 of 5.6 seconds, it has an impressive turn of pace. For Vauxhall fanatics VXR has been the badge of perfection for over 15 years. The GSi obviously has a lot to live up to, to rival the much-loved VXR range.

Despite the trimmed-down 2.0-litre petrol engine, the reduction in weight and more aero-dynamic design mean that the GSi is distinctly swifter around the test track than the Insignia VXR predecessor. Whilst the 0-62 time itself is slower at approximately 7.9 seconds taking on the 'Ring, the GSi achieved a lap time which was quicker than the Insignia VXR. Developed at the track by Vauxhall's top engineers, Insignia Grand Sport GSi is absolutely worthy of the legendary GSi badge having blitzed the Nurburgring in a lap time which eclipses the VXR, beating it by a full 12 seconds. 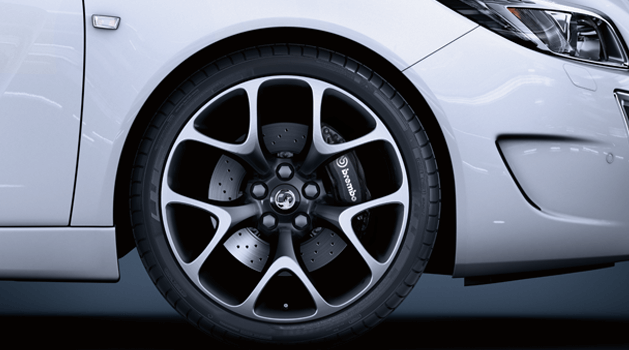 The GSi's recent performance at the Nurburgring, nicknamed the 'The Green Hell' by legendary world champion F1 driver, Nikki Lauder, makes the Vauxhall Insignia Grand Sport GSi the fastest Vauxhall production model to ever take on the 'Ring. This agility is enabled by clever design and new technology. The revised mechatronic FlexRide chassis surrounds an all-wheel drive transmission which ensures maximum drive at all times. This improved grip is supported by torque-vectoring, exploiting all available grip on the 170 turns and corners that make the Nurburgring the demanding test course that it is.

The powertrain is a 4-cylinder 16 valve petrol engine which produces 256bhp and develops 400Nm of torque at 2500 to 4000 rpm. The 2.0-litre turbo-powered engine is driven by an 8-speed automatic transmission with shift-paddle operation providing an exhilarating drive with effortless precision. The lap times speak for themselves. With the GSi, Vauxhall have created a car which drives as good as it looks... 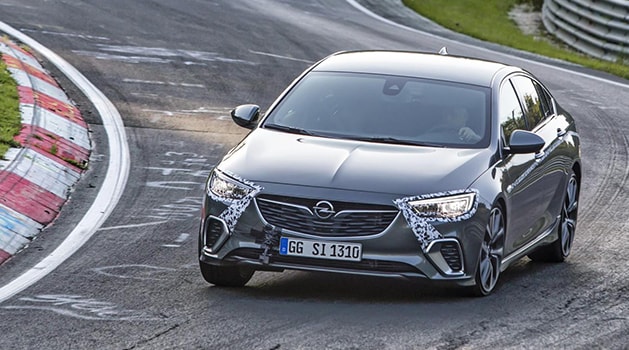 Three key driving modes are available: Standard, Tour and Sport and, exclusive to the GSi, Competition. Using the ESP button, you can switch Traction Control off and enjoy the thrill of roll and yaw, especially designed for drifting when on the race track. The already-improved Insignia Grand Sport has been further tuned in the new GSi, giving even more performance and generating a massive 400Nm torque.

The interior does not disappoint, the sharp Recaro sports seats and slick VXR branded steering wheel, gear knob, sills and dashboard give a distinctive look to this performance model. 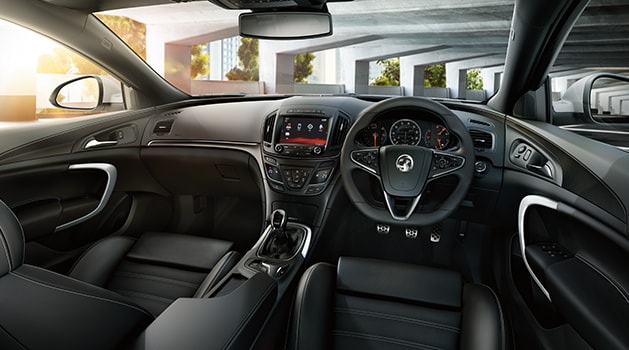 Inside the cabin, the emphasis is subtler than in the VXR. Retaining the Recaro sports seats, a sophisticated layout incorporates a streamlined dashboard, optional paddle-shift operation and dark-toned upholstery maintain focus on the main reason for climbing in in the first place, the drive experience. 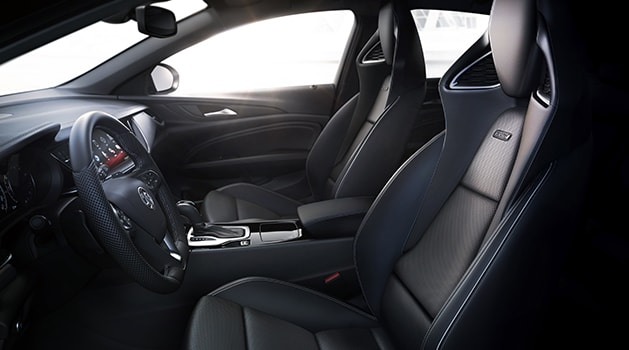 A mark of respect

Before VXR, Vauxhall performance cars were badged GSi. Originating with the Cavalier III and Carlton in the mid to late 80's, the GSi badge became known as a mark of excellence, quality and performance. The GSi, which stands for Grand Sport Injection, gave us models such as the Vauxhall Cavalier and Vauxhall Carlton 3.0-litre edition, which were purpose-built motorway cruisers. Designed for comfort and effortless speed on long journeys they were by far the most desirable editions of the range.

With the re-introduction of this hallowed legacy on the new Insignia Grand Sport GSi, Vauxhall are making a clear statement to reclaim their territory as makers of desirable, luxury speed machines.

The Insignia Grand Sport has already claimed the holy grail of aero-dynamic efficiency, having achieved 0.26 drag co-efficient standard. This was a benchmark previously set by another performance Vauxhall, the classic Calibra. By achieving these figures again in cutting drag and maximising thrust, we eagerly await the final performance figures for the GSi variant, when they are released.

With the Insignia VXR, the brash in-your-face look was half of the appeal. With the performance being loud and impressive. In the Vauxhall Insignia Grand Sport GSi 2.0 Turbo, Vauxhall have created an altogether subtler, more sophisticated machine. The Insignia GSi is at once surprising and pleasing. Returning to creating beautifully sculpted cars which allow actions to speak louder than words, Insignia GSi has both thrown down the gauntlet to her somewhat surprised peers and retaken her rightful place as a prestige performance car, oozing class and sophistication.

The new GSi performance variant of the Insignia Grand Sport and of the Sports Tourer body styles will be available in Evans Halshaw Vauxhall showrooms in early 2018. Enquire today.

Evans Halshaw Vauxhall will provide you with the very best service to help you find your new Vauxhall car. 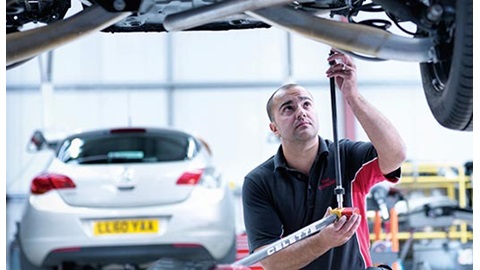 We are committed to providing high quality car servicing and aftercare packages at affordable prices. 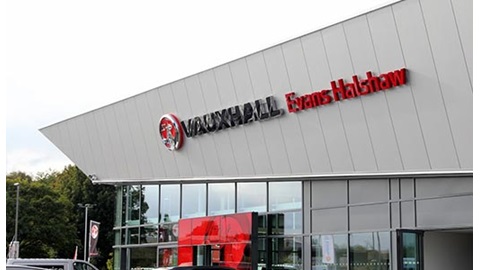 Evans Halshaw Vauxhall has nationwide coverage with trained advisors to help you choose your perfect car or service.