Different Types of Vans Choosing the right type of van for your daily needs can be tricky, so we've provided an overview to help you find the perfect fit

The importance of vans

There's a wide range of professions that require the use of a van, and without them, life would be a lot harder. Vans are used for numerous purposes, including the transportation of tools and equipment as well as the delivery of goods, often being the unsung hero of the working world.

However, with a variety of differing new and used vans available, deciding which van is right for your business and/or personal needs can be quite the challenge. We take a look at the different types of vans available to help you find the perfect fit.

Now you may be thinking that if your work needs a van, and not a car, then why would you want a car-based van? However, car-based vans are more practical than you may initially expect. Essentially, they're a regular car with the rear being converted into a loading space.

Car-based vans, such as the Ford Fiesta, aren't suited to those who regularly carry heavy-duty goods or equipment, but they're ideal for professions such as a decorator, or businesses that deliver smaller goods to its customers, such as flowers for example.

You'll also find that the running costs of a car-based van are usually cheaper than larger counterparts, allowing you to save that hard-earned cash while completing your daily duties. As they're based on cars, you'll seamlessly blend in with surrounding traffic and the driving experience is generally more engaging, too. 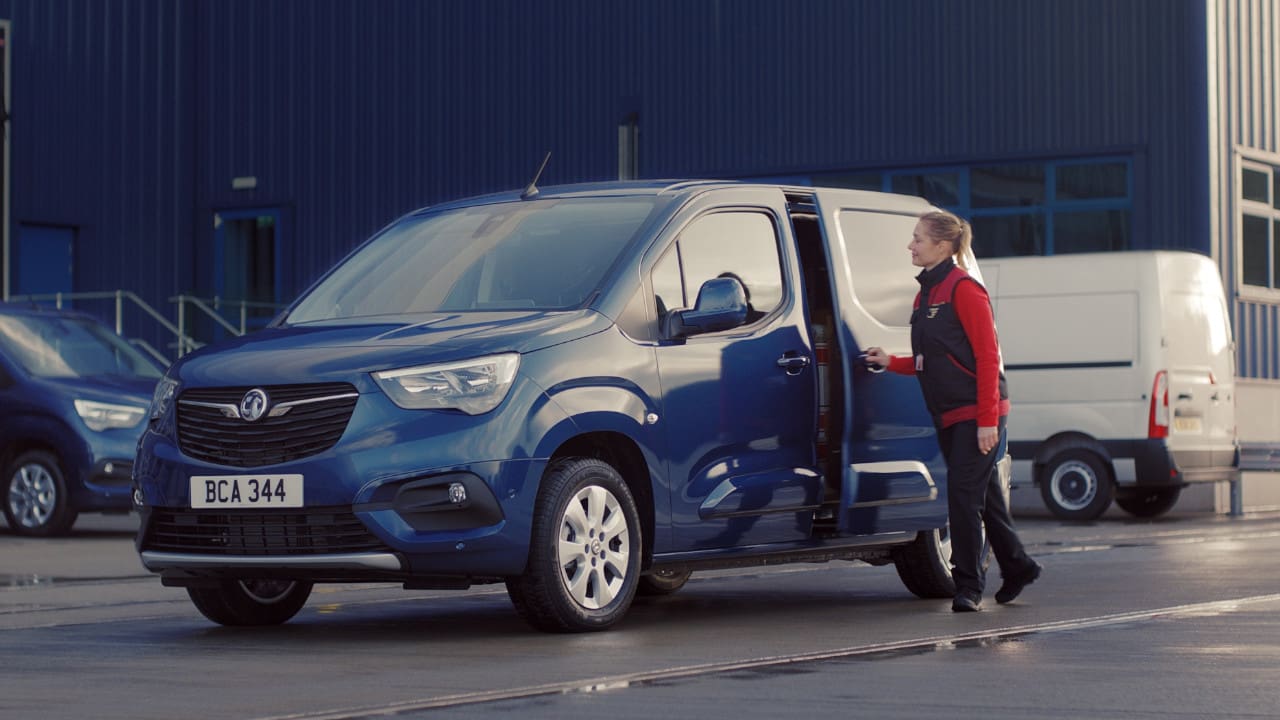 Small vans are a common sight on UK roads, and for good reason. With a good level of versatility and boxy proportions, small vans have proven popular amongst businesses and professionals who require more space than what car-based vans have to offer, essentially taking a step-up in terms of size.

Additionally, small vans, such as the Vauxhall Combo Cargo, may be suitable for those carrying larger or heavier goods and equipment between jobs from time-to-time thanks to their impressive gross payloads and load spaces.

Running costs may be marginally higher than car-based vans, but the difference is small, meaning it won't cost a fortune to travel between jobs. There's also a wide variety of equipment and gadgets to choose from too, dependent upon your preferences and needs. 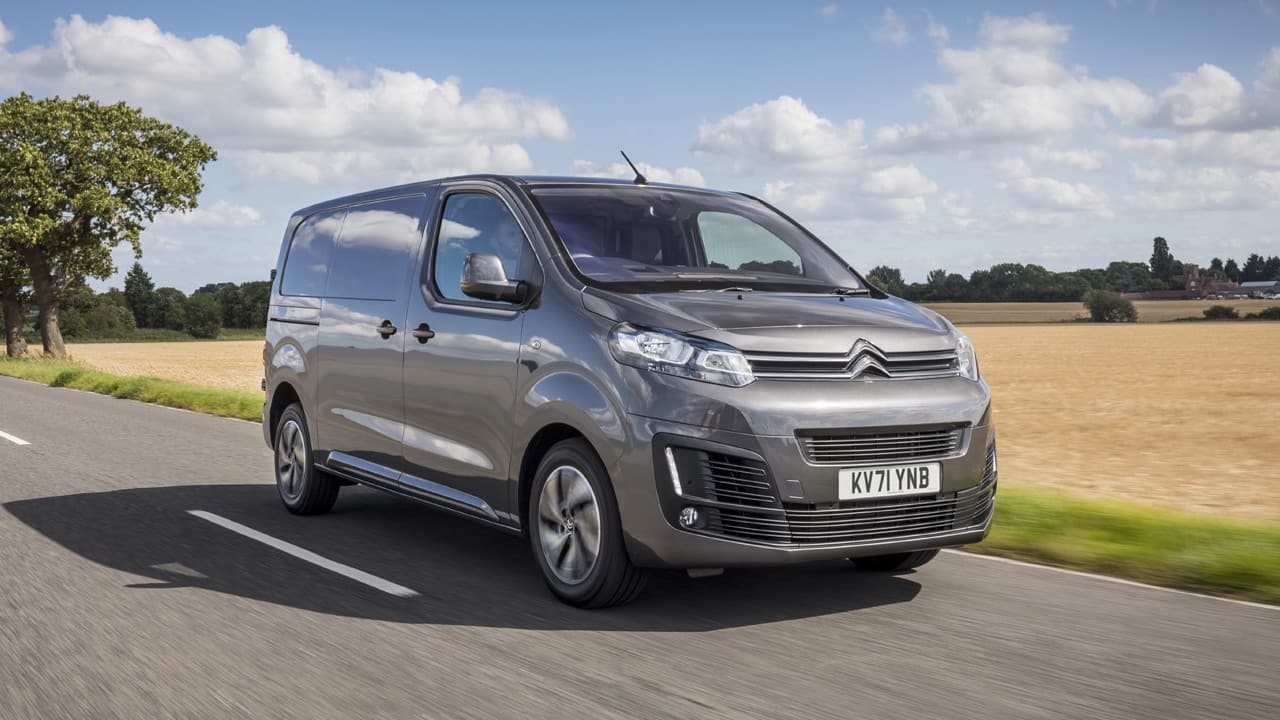 Unsurprisingly, medium-sized vans are one of the most common sights on Britain's roads. They can transport just about anything on a daily basis and are extremely dependable over the course of their working life, making for near-perfect all-rounders.

Medium vans, like the Citroën Dispatch, offer a nice balance between practicality and driver engagement, coming with large storage spaces and a decent driving experience. There are also various driver aids and bits of technology to choose from to make life easier while out and about.

They're not suitable for just transporting goods or equipment either, as plenty of medium vans come in combi/crew van form, too. A rear row of seats allows for the easy transportation of more colleagues, whilst efficiency is also impressive, meaning affordable running costs.

As you would expect, large vans are the cargo kings in the van world and offer the largest load spaces and the highest level of practicality. Often used by those moving house, delivering goods or working in the building trade, large vans are a good fit for just about anything.

Running costs can be higher than smaller options, but it's a small price to pay when you consider the sheer amount of kit large vans can shift. Other common features such as wide-opening rear doors and side sliding doors ensure you can easily access whatever it is that you're transporting.

Large vans, such as the Renault Master, can also come in a variety of configurations, wheelbases, load lengths and ride heights, so there's sure to be a large van that can take on your tasks with ease. 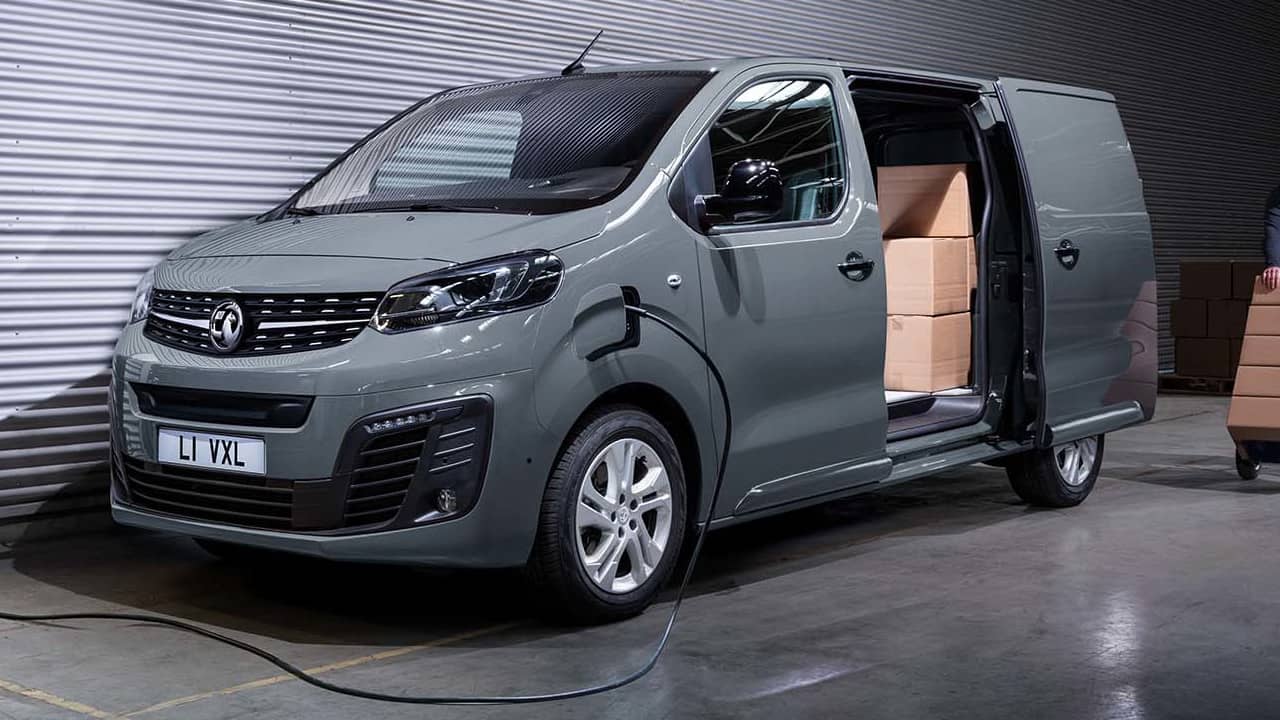 With ongoing powertrain development continuously improving efficiency, it's no surprise to see hybrid and electric-powered vans emerge in the van market, and they've done so with great success. Hybrid and electric vans offer similar levels of practicality and versatility as their combustion engine-powered counterparts, while providing the cleanest means of travel between jobs.

Electric vans, such as the Vauxhall Vivaro-e, Renault Zoe and Ford E-Transit, come in a range of different shapes and sizes, meaning you're spoilt for choice if you're interested in an emissions-free vehicle for your work. If you're not quite convinced by pure electric power, hybrid vans are a brilliant middle ground, offering improved fuel efficiency as well as limited all-electric ranges on some models.

It's worth bearing in mind that, due to the added space and weight of the electric batteries, hybrid and electric vans sometimes offer smaller payload capabilities than traditionally-powered vans. 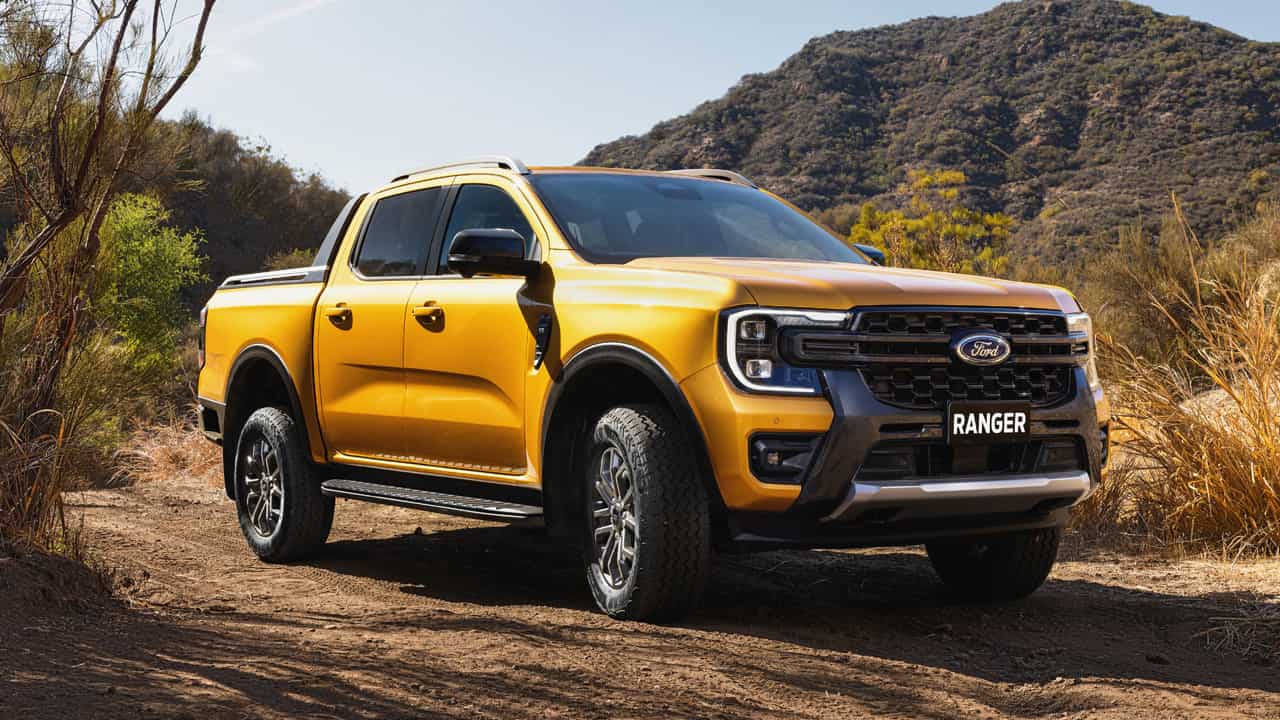 The best off-road, and arguably the coolest-looking, pick-up trucks are light duty vehicles that come with an open cargo space and an enclosed cabin. Ideal for those that work off the beaten track, such as farmers and tradespeople, they're a much-loved workhorse that offers good cargo space and all-round capabilities.

However, pick-up truck manufacturers have realised they need to be much more than a brute for the rough stuff, which is why pick-up trucks, such as the Ford Ranger, come with a variety of advanced equipment and handy features for you to enjoy whilst working.

Pick-up trucks can come in a double cab configuration, meaning there's additional cab space and an extra row of seats for more of your fellow workers. Hard and soft tonneau covers are also available to keep your gear dry when the weather takes a turn for the worst.

Other Types of Vans 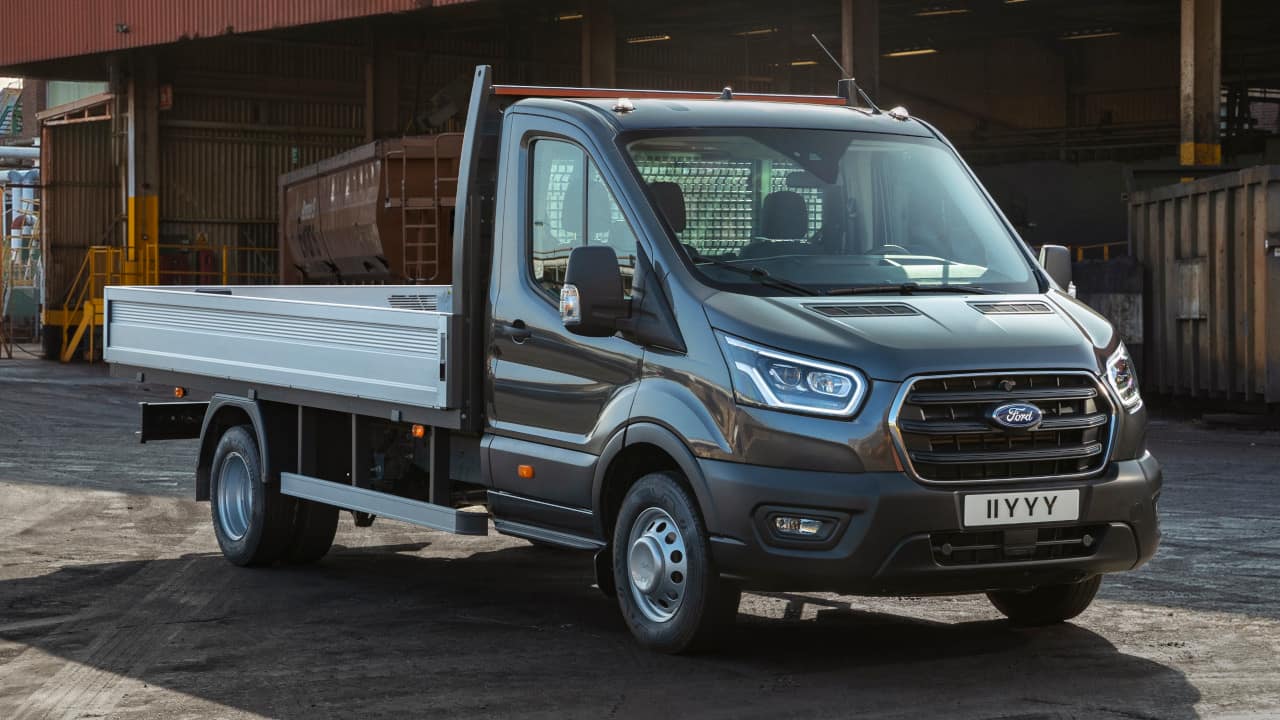 You may come across other terms and types of vans on your search too, we've provided a brief overview into each:

Combi vans, otherwise known as Crew vans, are just like regular vans, but they offer the added benefit of at least one extra row of seats. This does mean that overall load space is reduced, however.

Multi-Purpose Vehicles (MPV) and Minibus vans are ideal for carrying people and generally come with seating for between 9 and 16 individuals. There's not a great amount of room for equipment or goods, though.

A Luton, or Box, van is what you'd typically think of if we said 'removal van', offering a large cargo space ideal for those who transport a lot of equipment or goods. Luton vans sometimes come with additional features such as a tail lift to make loading heavier items that bit easier.

Tipper vans allow you to lift the open cargo area using a tipping system to unload heavy loads from the van. Dropside vans allow you to do just that; drop the sides of the van, so you can access the load easier. Both Tipper and Dropside vans are most suited to those regularly carrying and unloading heavy goods such as garden waste or building site materials.

A Panel Van is a common type of van that replaces its rear windows with metal panels. This not only removes the risks of smashed rear windows whilst you're out and about, but it also conceals your equipment from potential thieves.

With looks similar to a pick-up truck, Chassis Cabs are a type of van that comes with just the chassis rails and a cab, meaning there's no flatbed or other cargo space on the vehicle initially. Instead, Chassis Cabs allow customers to configure their van in any way they like, using aftermarket equipment to construct the perfect setup or cargo space for their needs.

The importance of vans in everyday life is often underestimated. Without them, many would struggle to get to and from their jobs with all their kit. As you now know, there are a plethora of vans on offer suited to multiple professions and daily tasks.

At Evans Halshaw, we have an extensive range of both new and used vans on offer that may be ideal for your needs. Please contact your nearest Evans Halshaw dealership for more information or to arrange a test drive. 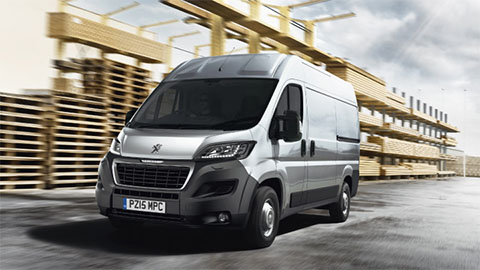 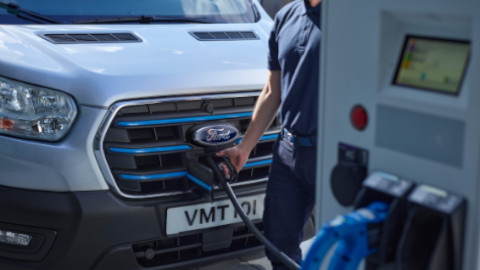 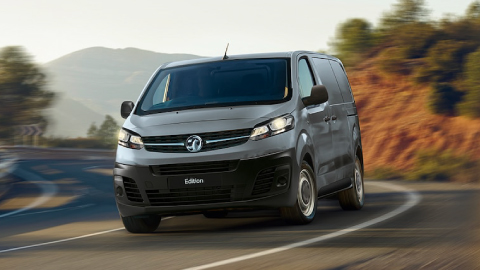