If you require a vehicle that seats up to eight passengers, then there are several good 8-seat vehicles to choose from in the UK used car market. Popular brands such as Vauxhall, Peugeot, Citroën and even Mercedes-Benz all produce excellent 8-seater cars.

Typically, most purpose-built MPVs only have room for seven, so it's up to the van-based people carriers to bring along eight occupants.

Why buy an 8-seater car?

Clearly large families are going to need the increased flexibility of an 8-seater, but you don't have to have six kids in your household to feel the benefit. For instance, if you've got four children, that means that you can also bring granny and grandad along for the ride.

But even if you just have two kids, as more than 2.3 million families in the UK do, then you and an entire other family can take a trip together in one vehicle, which is way more fun than taking two separate cars.

Another advantage that many 8-seaters provide is the ability to remove the seats and use them as a medium-sized van, which comes in handy for a variety of different reasons.

Platform sharing is a bit of a theme throughout this list of 8-seater cars, and we're kicking off with the excellent Vivaro Life. It shares its underpinnings with the Peugeot Traveller, Citroën SpaceTourer and even the Toyota Proace Verso.

The Vivaro Life is one of the better-looking 8-seater vehicles out there, with a familiar front-end design that actually looks very smart. As you'd expect, practicality is massive, with 8-seater versions just the start; there's even a 9-seat variant of the Vivaro Life, should you find an additional seat handy.

Out on the road the 1.5 and 2.0-litre diesel engines do the business in terms of hauling the family with decent fuel economy, or you can opt for the fully electric Vivaro-e Life.

Based on the ever-popular Ford Transit Custom Van, space inside the Tourneo Custom is massive. It will swallow eight seats, eight people and all their luggage with relative ease, making this literally one of the most practical vehicles you can buy. There's a 9-seat variant too, should you need it.

It's quiet and comfortable inside, with a dashboard layout and infotainment system that will be familiar to buyers of regular Ford cars.

Look out for used Ford Tourneo Custom Active models (pictured). With extra body cladding, full-length roof rails, all-weather tyres and an optional mechanical limited slip differential, it's as close to an 8-seater SUV as you're going to find in Britain.

We'll forgive you if you don't automatically think 'minibus' when you hear 'Mercedes-Benz', but the German brand has actually been in the 8-seater car business for more than two decades with its practical V-Class.

It's an upscale take on the traditional MPV, and while it was mostly designed to transport dignitaries and celebrities in relative anonymity, it makes for a comfortable and spacious family car as well.

The eight seats can be rearranged into several different configurations, so you can turn the second-row of seats to face the third to play a game of cards, then pull over and turn them back the other way when you lose. Handy.

It's easy to confuse the V-Class with the Mercedes Vito 8-seater, but that's a more workmanlike commercial vehicle offering with fewer creature comforts. The most relevant sibling is the EQV, which is the fully electric version of the V-Class.

The Peugeot Traveller sets itself apart from its Citroën, Peugeot and Toyota siblings with a unique front-end design that is distinctly 'Peugeot'.

These minivans do a great job of hiding their van-like dimensions when you're in the driver's seat. They handle almost as good as a car, they ride well and the equipment levels are top notch. It's as enjoyable to use on a 7-hour traffic-ridden trek to Cornwall as it is on the school run.

The usual 1.5 and 2.0-litre diesel engine options are present here and while primarily tuned for economy, they don't ever feel slow in normal traffic. The Peugeot e-Traveller is the fully electric option.

Citroën are a brand that are well known for their people carriers, with the Grand C4 Picasso and Grand SpaceTourer having served as the UK's most popular 7-seaters for many years. But what if you need eight, or even nine seats? That's where the SpaceTourer comes in.

This may well be one of the comfiest 8-seater van-based people carriers out there, having benefitted from what Citroën calls their 'Advanced Comfort® programme'.

Because all of the seats are independent of one another, they feature reclining backrests and armrests to keep passengers comfortable on long journeys. They slide forwards and backwards, too.

Like its Vauxhall and Peugeot siblings, diesel power is the primary engine option, but fully electric ë-Spacetourer models are available as well. 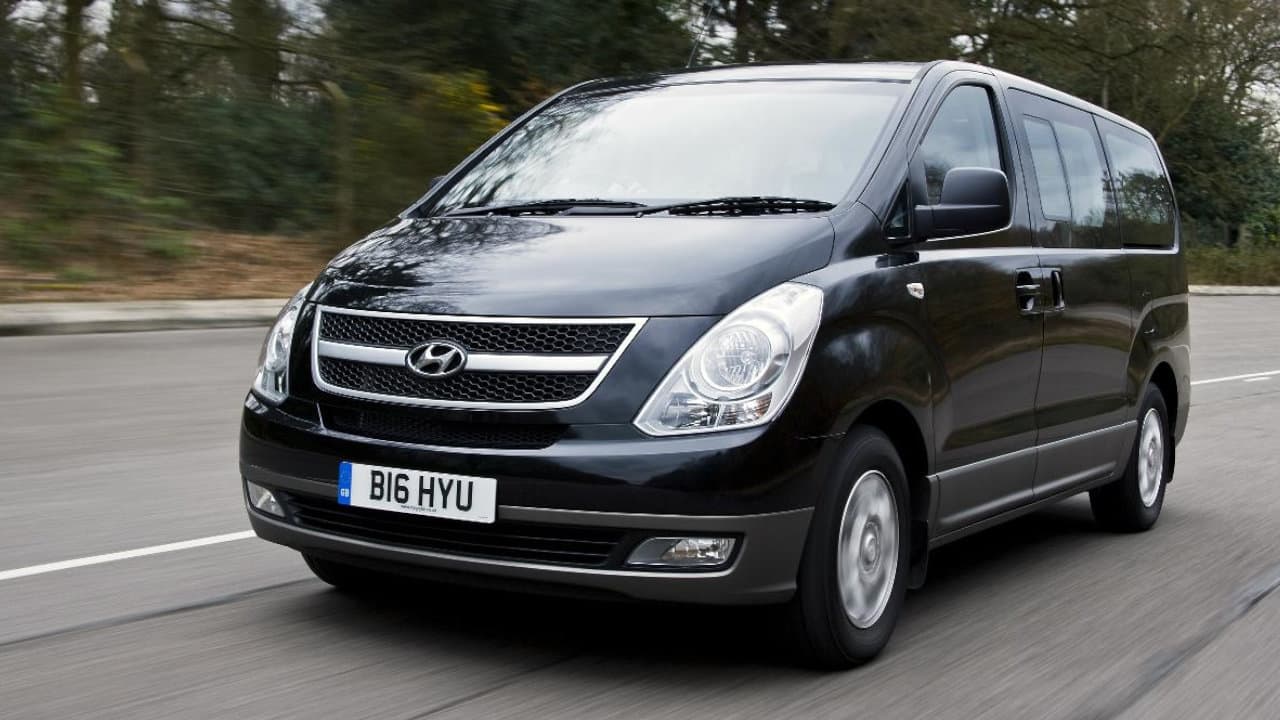 One of the lesser-known 8-seat vehicles out there, the Hyundai i800 is definitely one of those 'if you know, you know' type cars. That is to say, those who are aware of Hyundai's 8-seater know just how good it is.

That reputation comes from its enormous interior volume, with eight people fitting inside with room to spare. Because there's so much space, there's even a proper boot behind the third row of seats for all your luggage.

Discontinued in 2019, there are still plenty of decent used examples of the i800 for you to choose from. They're well made and dependable, too.

Renault are another brand with a great reputation for building brilliant family haulers, with cars like the (now discontinued) Grand Scenic leading the charge over the years.

There's still a way to buy a great Renault people carrier however, and that comes in the form of the Trafic Passenger. Based on the well-regarded Trafic van, it's primarily designed for taxi duties, but such is the level of refinement (particularly in top-spec Space Class models), it's well suited to family life as well.

The boxy shape accommodates passengers in a 2-3-3 seating layout, with useful features such as ISOFIX child-seat anchor points and a top-hinged rear tailgate that keeps you dry when you're loading up in inclement weather.

With a great deal of versatility and practicality on offer, it's not hard to see why 8-seat vehicles are popular in Britain. They make travelling to your next staycation far more comfortable and relaxed, which is always a good thing.

If you're looking for 8-seater cars in the UK and are thinking of buying one, we have a great selection of used cars from a huge variety of different brands. Start your search today. 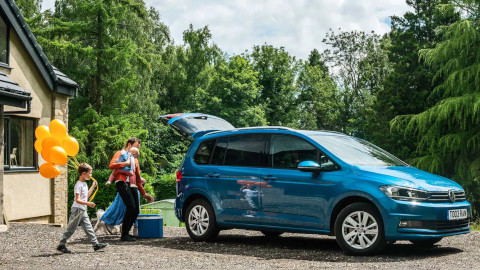