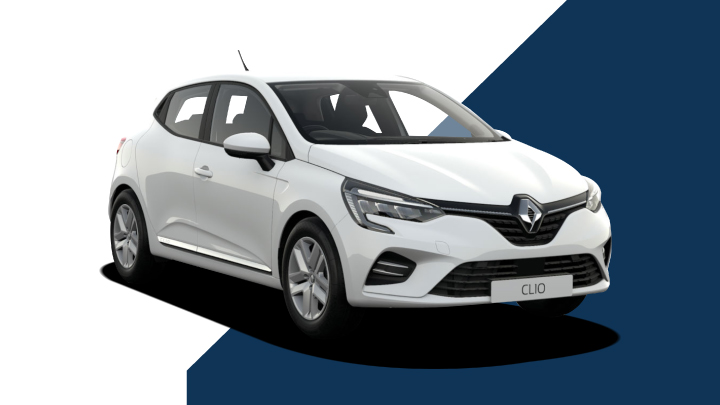 Another popular choice in the supermini game, the Renault Clio brings sharp style and design in an attractive package

For more than three decades, the charming and chic Renault Clio has been a popular choice for supermini buyers. Launched in 1990, ever since the iconic 'Nicole? Papa!' advert the Clio has gone on to achieve its own iconic status as a much loved European supermini.

This fifth generation became available in 2019 and continues to extend the successful legacy of the Clio. It still does the basics so well, along with offering:

Read on to discover just how good a used Renault Clio can be. 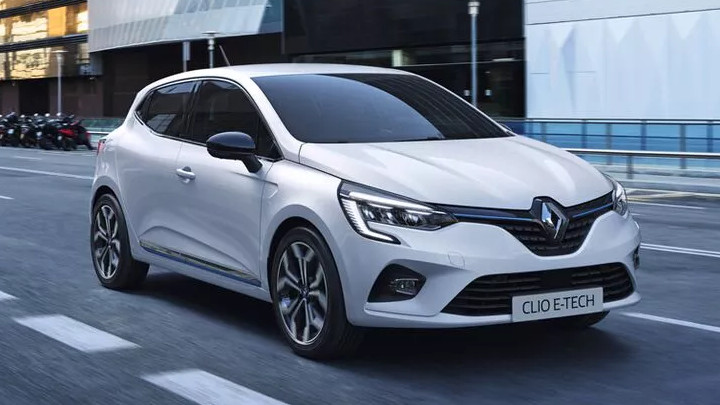 Small turbo petrol engines are common in the Clio. These allow for good efficiency and decent economy, but don't get tricked into thinking the turbo makes them fast; it's more for the aforementioned reasons.

That said, the Clio holds its own against stellar rivals like the Ford Fiesta in the handling department. There is plenty of grip on offer, and the car provides decent levels of comfort.

There is also a 1.5-litre diesel with 83bhp that isn't quick, but does offer 67mpg as a plus. A smart 138bhp E-Tech Hybrid is also offered and uses a 1.6-litre petrol engine, along with two electric motors and a 1.2kWh lithium-ion battery. It's faster than the 1.0-litre petrol engines and takes 9.6 seconds to hit 62mph from a standstill. 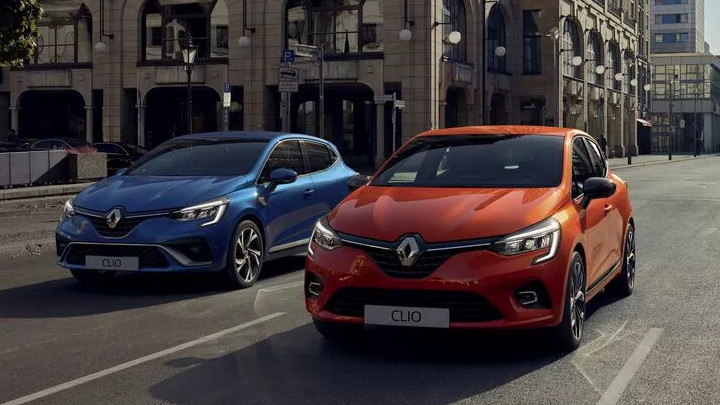 Coming with 5-doors as standard means carrying passengers is a doddle. Interestingly though, the boot size varies.

In petrol models you get the most with 391 litres. Diesel versions see this shrink to 366 litres due to the location of the AdBlue tank. This means whichever you choose, you still get more space than the best-selling Ford Fiesta, which can only muster 311 litres. But you do get 10 litres less than a Fiesta if you select the hybrid version of the Clio - due to the extra hardware taking up space under the boot floor.

Overall running costs are minimal, thanks to small efficient petrol engines and the inclusion of diesel and hybrid alternatives, ensuring fuel costs are inexpensive.

Servicing is low cost due to the small engines and can be completed at any Evans Halshaw Renault dealer. Tax and other costs should also see you not having to dip much into your purse or wallet much due to the small supermini nature and low emissions. 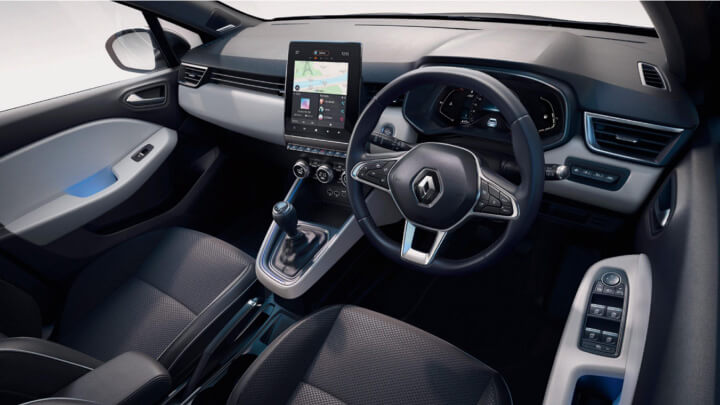 Interior ambiance, quality and wow-factor definitely puts the Clio out in front of rivals. It's upmarket, featuring sharper technology and enhanced material choice.

The Clio can be enhanced significantly with model choice. Entry-level Play models get air-con and cruise control, but don't get a fancy infotainment screen. Instead, along with Iconic models they get the more conventional analogue dials. These do look beautifully crisp though, with a good backlight choice giving them a clean and upmarket look.

Iconic models also get a sharp 7-inch infotainment touchscreen along with Android Auto and Apple CarPlay. S models are where the digital dials get introduced, which look great and lift the cabin even further giving a upmarket ambiance. R.S Line models go further still with sports seats and sporty interior trim; as well as exterior enhancements.

A full five-star Euro NCAP rating means your safety concerns will be put to the back of your mind, thanks to decent kit keeping you safe, such as:

Is the Renault Clio right for me?

Supermini hatchbacks continue to be popular, and the Renault Clio has raised its game to new heights - giving the usual chart toppers like the Ford Fiesta and Vauxhall Corsa something to worry about.

The Clio manages to be understated but classy in its approach. Typical French design has ensured the Clio is almost now a more upmarket choice and makes the Fiesta and Corsa seem less sophisticated.

Of course, the Fiesta is a super car to drive and as a overall package is superb. The Corsa has also seriously upped its game in recent times too. If you're considering a used supermini, don't overlook the excellent little Clio.

Why buy a used Renault Clio through Evans Halshaw? 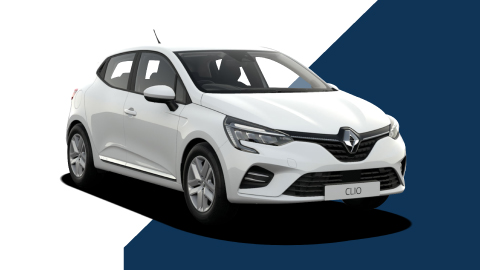