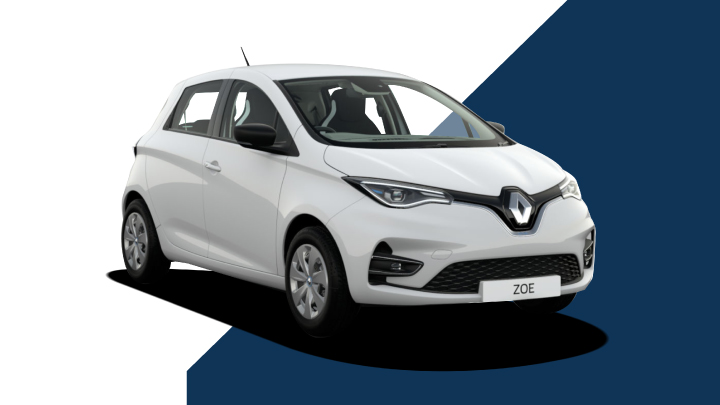 Launched in 2012, the 100% electric Renault ZOE is a safe bet when buying a used car

There is no getting away from the fact that electric cars are the future. Renault however, has been ahead of the game for some time, with the launch of the all-electric ZOE back in 2012.

Since then, electric cars have become more and more popular, with many people making the switch to fully-electric motoring. There is of course many an argument for the pros and cons for both electric and internal combustion engines, but as a package, the Renault ZOE makes a strong case for itself. It features:

Read on below, to discover in more detail the quirks and features of this slick, fully-electric supermini hatchback. 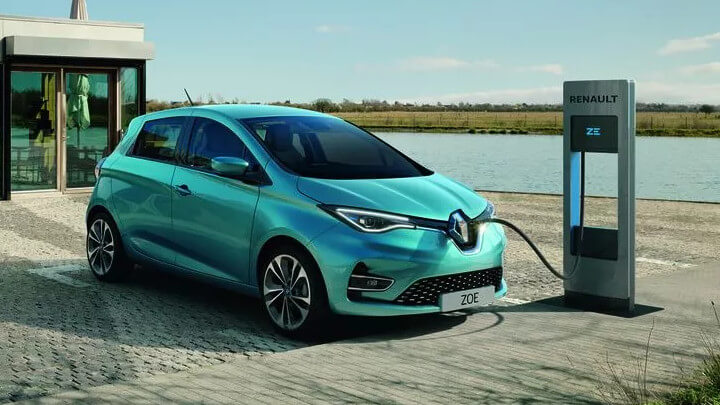 Compact and cute, the ZOE is as easy to drive as its looks suggest. It's a doddle to thread through tight city streets, thanks to the light steering and great all-round visibility.

If the Renault ZOE is your first electric car experience, it may take some getting used to. This is due to its regenerative braking, which means if you take your foot off the throttle, the ZOE will slow down faster than a regular car, using the lost energy to recharge the battery, which is rather clever. The car is also remarkably quiet, due to the lack of engine noise.

You'll get a bit of body roll if you push the car out of its comfort zone however, as the ZOE is more city car than performance car. The car also offers plenty of comfort and refinement, despite its miniscule size.

Being electric, there is no engine. Instead, power comes from an electric motor and battery, with power ranging between 86bhp and 134bhp - depending on model chosen. It's by no means a rapid car, but like many electric cars, the ZOE is rather spritely off the line. 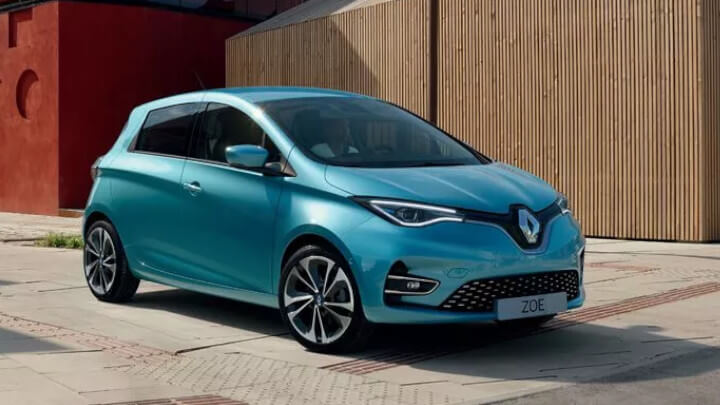 Despite its supermini size, the ZOE comes with 5-doors as standard and features a 338-litre boot, rising to 1,225-litres with the rear seats folded. Proving practicality is just as good as its rivals.

As for running costs, Renault quotes between £3 and £7 for a charge and that will give you around 250 miles. This drops to around 220 if you are a little heavy footed at times, or as low as 150 miles in winter, because the colder weather adversely affect the batteries, therefore reducing the range.

You can plug the ZOE into a regular 3-pin socket, with charge time taking between 9 and 15 hours. Fast chargers can reduce this time. Later cars are more efficient and take less time to charge on the whole - usually with a more modest overnight charge being sufficient.

It's worth noting earlier cars will require you to lease the battery from Renault, at a cost of around £60 per month. Updated cars from 2020 do not require this lease.

Finally, servicing is less expensive than usual, due to fewer moving parts. This can be completed at your local Evans Halshaw Renault dealer. 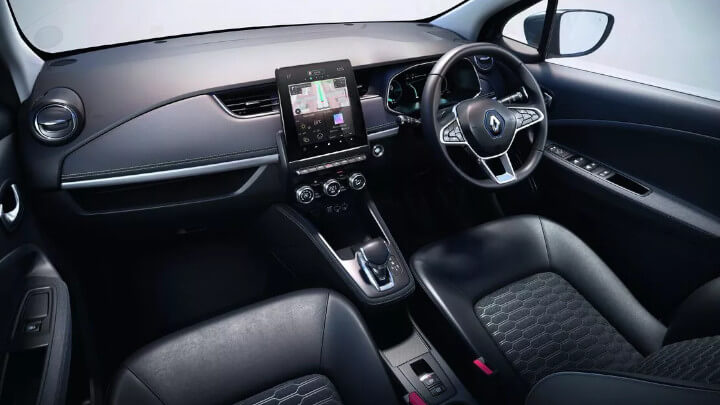 Later cars get Apple CarPlay and Android Auto as standard, whilst sat-nav is available further up the range.

Earlier cars, such as the Dynamique S Nav, have all the toys you'd want in a supermini. As well as the touchscreen and sat-nav, you get automatic headlights and windscreen wipers, climate control and even rear parking sensors. Top spec models go even further and get leather and a Bose sound system.

Being a somewhat futuristic car, the ZOE doesn't lack in the safety side of things either. Therefore, the car was awarded a full five-star safety rating by Euro NCAP. If you were worried about pedestrians not hearing the ZOE, simulated engine noise is used to warn others at low speeds for added peace of mind.

Is the Renault ZOE right for me?

Having been around for while now, the fully-electric Renault ZOE is still ahead of many new electric cars, in terms of range offered, overall presentation and cost.

Cost is a major factor, and that's what makes the ZOE an attractive used purchase. Early cars circa 2015 can be picked up for for well under £10,000, which seems great value for a futuristic-looking electric car, that is cheap to run and great to drive around town.

Competitors are only just starting to enter the market, such as the Honda E and MINI Electric. These are more expensive by some margin when comparing to used, but do offer slightly updated technology.

You could also compare the ZOE to more mainstream non-electric cars, such as the ever-popular Ford Fiesta, which has a better practicality rating, and won't cost the earth to run.

However, the Renault ZOE could well be a great first step into full-electric car ownership

Why buy a used Renault ZOE through Evans Halshaw? 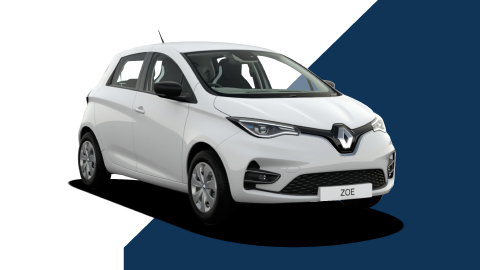