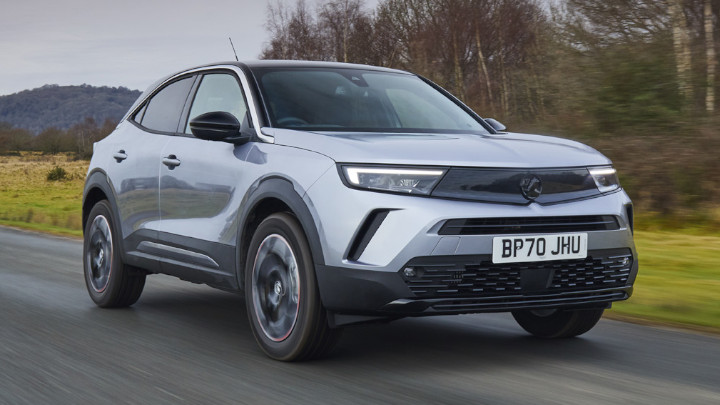 Take one look at the new Vauxhall Mokka, and you're confident it will impress, with a striking design, intelligent technology, and pleasurable drive.
View Offers

A stunning sporty SUV is the latest to join the Vauxhall stable as one of Britain’s oldest carmakers introduce a brand-new Mokka.

Available with all three powertrains – petrol, diesel, and electric – it’s styled for the future, inside and out.

A huge step forward from the first-generation model, the latest Mokka sits alongside the latest Vauxhall Crossland in the compact SUV sector, but is aimed at a much younger and adventurous market, setting the two models clearly apart.

Like the Crossland, the Mokka features Vauxhall’s new Vizor front design with a single, gloss black strip running across the nose which gives it an unmistakable appearance.

I tried both the new Mokka and Mokka-e, with the petrol model coming in Ultimate Nav trim and the Mokka-e in First Edition specification.

All the new Mokka models are a very different proposition to their predecessor, and the clean cut transformation to design continues on the interior with what Vauxhall calls its Pure Panel approach to instrumentation.

The Pure Panel is available in two formats, with entry versions of the Mokka featuring a 7-inch digital instrument panel with a 7-inch central touchscreen.

Higher grade trims get a 12-inch digital instrument panel along with a 10-inch central colour touchscreen, which looks nicely purposeful and very modern.

Recharging the Mokka-e is done from a point on the back nearside just where the fuel filler is on the combustion version, and the main difference between the two is boot space, which is 310 litres on the Mokka-e and 350 on the regular models.

Maximum space is less impacted at 1,105 litres on the combustion cars and 1,060 on the electric.

The Ultimate Nav – which will become the flagship grade once the First Edition run is finished – was powered by a 1.2-litre 128bhp 3-cylinder turbo engine mated to a 7-speed automatic transmission, complete with paddle shifters for added sportiness.

That said, it’s a great box to use and there are three drive modes to go at, selected by a flick switch on the central console.

We managed an average of 44mpg on a good run on open roads, which in this day and age is nicely acceptable.

The Mokka-e can be recharged to 80 percent capacity in half an hour, and the model I tried was showing a range of 188 miles on a full charge – within the stated limits for operating on a winter’s day.

A full charge will take between five and seven-and-a-half hours, depending on charger type.

Maximum range is claimed by Vauxhall to be 201 miles, with that falling to around 150 miles in cold conditions.

On our run, the range readout was spot on and showed a remaining capacity of 83 percent at finish, with 168 miles still available.

From a performance point of view, the Mokka-e is quicker under acceleration than the petrol model, coming in at 8.7 seconds 0 to 62mph. The electric version felt like it had more get up and go, although maximum speed is down to 93mph.

As with the new Corsa supermini, the Mokka covers all powertrain choices, and that’s something for which Vauxhall should be commended.

The new Mokka is very well-equipped on the technology front with the likes of lane keeping, accident avoidance systems, and a front camera system all as standard.
Chris Russon

However, it does lack an auto-hold facility on the electric parking brake – a handy feature which is becoming increasingly common on other compact SUVs.

The Mokka-e is equally refreshing – almost identical on every front except the instrumentation, where it comes with its own displays for EV operation.

The Mokka is deliciously-styled inside and out, while its decent levels of practicality and variety of advanced tech ensure the Mokka has levelled up throughout. With a range of powertrains to choose from, it's a huge improvement on the previous generation and is sure to be a popular choice amongst many. 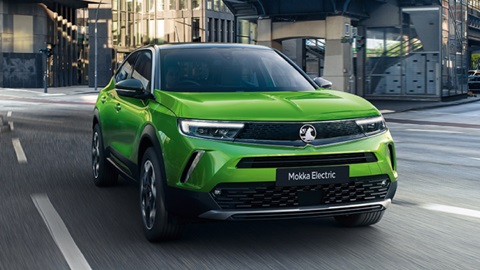 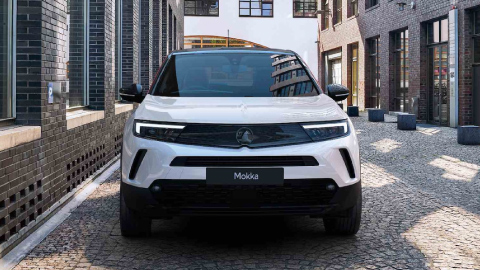