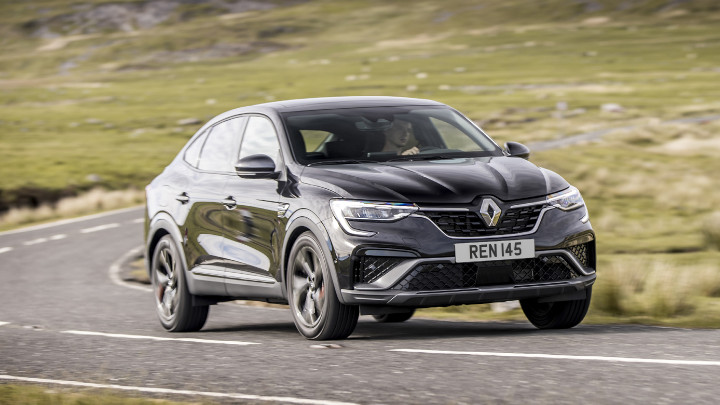 Despite its fashionable styling, the all-new Arkana's practicality and value for money ensure it's well-suited to family life.
View Offers

Targetting the mid-sized SUV market, Renault is making a vehicle with its first purpose-built hybrid powertrain, called the Arkana.

Both have automatic transmissions and the three trim line up comprises Iconic, S Edition and R.S. Line models.

I've just tried a left-hand drive version of the new Arkana in top specification R.S. Line trim and in 1.6-litre E-Tech format, and it’s nicely impressive on all fronts.

On my drive, I didn’t quite manage to see such economy figures, although our average of 52.9mpg was still more than acceptable.

With well composed handling and an accomplished ride, there's plenty to be said for its composure, and the Arkana feels solid and responsive.
Chris Russon

The mild-hybrid powertrain is slightly cheaper than the E-Tech and develops 140bhp from its 1.3-litre engine, topping out at 127mph. It's also a second faster through the gears under acceleration.

On the economy front, it rated officially at 49.6mpg with emissions of 130g/km and is fitted with a 7-speed dual-clutch gearbox as opposed to the fully automatic gearbox used on the E-Tech model that seamlessly switches from electric and hybrid modes.

At 4.56 metres long, it’s roomy front and rear, and with a boot volume ranging between 489 and 1,263 litres, it fits the bill as a family-oriented model.

Among the current crop of coupé SUVs, the Arkana looks more conventional than others from the likes of Mercedes-Benz and BMW, but it can appear to be slightly more top-heavy – an effect not repeated with its handling.

However, the Arkana is much more aggressively priced than its German counterparts and proves to be fantastic value for money.

The car is being made at Renault’s factory in South Korea where it previously built the larger Koleos SUV, and all versions come with a full range of safety systems including lane departure and lane keeping devices.

From mid-range S Edition upwards, the Arkana comes with a 9.3-inch vertical touchscreen giving access to sat nav as well as live traffic and weather information backed up by a Google search function.

Driving modes include Eco and Sport settings, although we found the Arkana’s default setting more than adequate.

Although still a burgeoning styling take on car design, coupé SUVs are becoming increasingly common and Renault’s take on the new fad is as contemporary as they come.

With its advanced hybrid powertrains, the Arkana is pleasantly economical, very practical on the family front, and something of a bargain in the world of electrified vehicles. 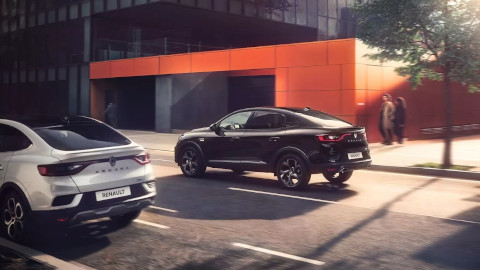 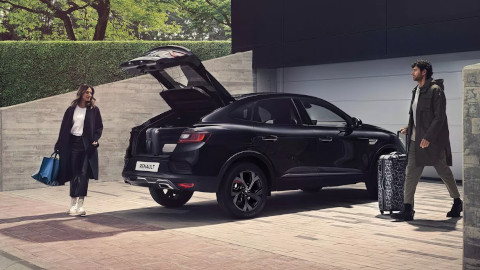