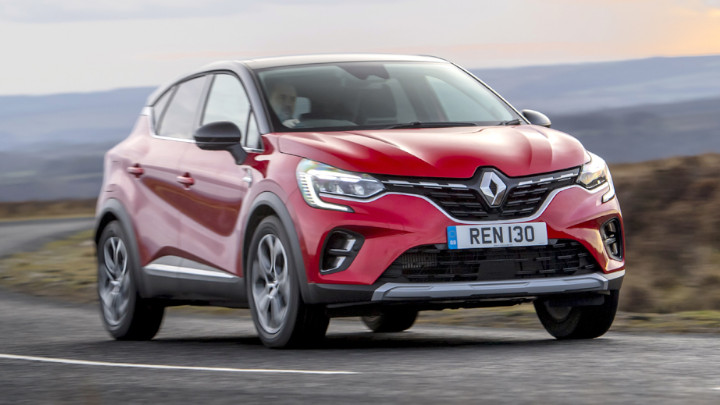 Renault has released its new Captur compact SUV in the UK, and it’s bigger and better in every way than its predecessor.

The second generation of Renault’s baby SUV is more refined, comes with state-of-the-art technology, and uses improved engines that deliver on all fronts.

The Iconic model came with Renault’s TCe 99bhp 3-cylinder engine and the S Edition had a 4-cylinder 128bhp block under the bonnet mated to a 7-speed electronic auto box.

Both give the Captur a good turn of speed and are nicely economical, with the 99bhp engine rated at 47.1mpg at best and the auto coming in at 44.8mpg. Emissions are 118g/km and 124g/km respectively.

Over similar routes we saw an average of 45mpg from the manual Captur, although the automatic was noticeably thirstier, returning 34.3mpg.

Performance figures are 0 to 62mph in 13.3 seconds with a maximum of 107mph for the 1.0-litre 99bhp engine and a livelier 9.6 seconds acceleration time for the 1.3-litre EDC automatic with 120mph at the top.

In reality, there's little between the two in everyday conditions, and while the larger engine is well at home when cruising, the 99bhp engine is up to the task – it just needs to be worked harder.

The Renault Captur handled well, is well insulated from outside noise, and with either transmission, felt most accomplished.
Chris Russon

The powertrain choice extends further, with a higher-powered 153bhp 1.3-litre version, as well as a 1.5-litre that offers either 95bhp or 115bhp. The diesel variants are said to be capable of 58.9mpg with a CO2 figure as low as 106g/km.

If you'd like the most efficient version of the Captur, then there's the new Captur E-TECH which offers a 1.6-litre plug-in hybrid powertrain that's capable of travelling up to 30 miles on electric power alone.

Where the new Captur scores is with its looks and practicality, with an evolutionary take on its design that sees it more than four inches longer than the original model but still recognisable at a glance as a Captur.

The interior is a breath of fresh air compared to the previous model and now features a modern look to the dashboard which is centred on a 7-inch touchscreen which gives access to the onboard systems and is fully smartphone compatible.

Boot space – now helped by even more movement on the sliding back seats – is now 536 litres, and that’s up by some two suitcases more than before.

Factor in good-sized door pockets all round, underfloor storage areas and a maximum capacity of 1,334 litres of space with the rear seats down and the new Captur is genuinely very family friendly.

The feel of the interior on the automatic models is further enhanced by a ‘floating’ design around the gear lever with more space below on the centre console.

It's all very upmarket and classy and gives the Captur a feel which is ahead of the game on the current new car scene.

All models in the new line-up come with ultra-bright LED headlamps, while the likes of wireless phone charging and semi-autonomous driving systems are among a series of option packs Renault is also offering.

Iconic grade includes sat nav, while the S Edition versions have a larger 9.3-inch portrait-style display as well as a 7-inch instrument cluster screen, which makes the cockpit a smart and completely connected environment.

Overall, the new Renault Captur has seemingly upped its game across the board. New, efficient powertrains offer a quiet, refined driving experience, and there's enough on-board technology for most.

But this car is aimed predominately at families, and the latest Captur is as family-friendly as ever, offering much-improved practicality and a spacious interior for all. 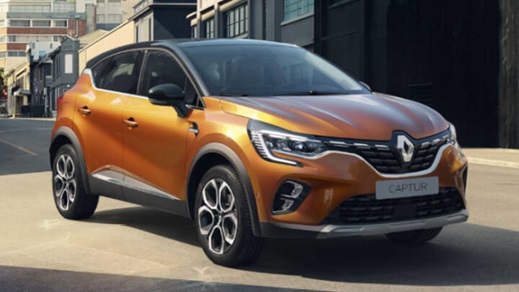