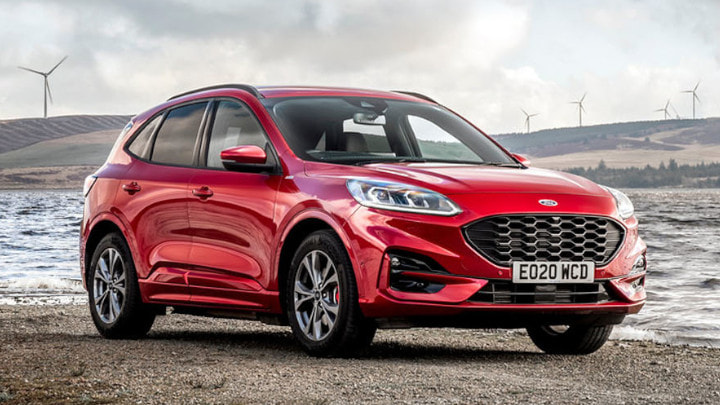 With a fresh new look and a family-friendly interior, the new Ford Kuga looks set to hold its position towards the top of the mid-sized SUV class.
View Offers

A new Ford Kuga has arrived, and the third-generation model is as green as they come for the modern driver.

As well as conventional petrol and diesel engines there are also mild hybrid versions available for added economy – and for the best of both worlds there is a plug-in hybrid option that allows for zero emission driving.

I've just put the new Kuga PHEV through its paces, and it’s a vehicle that impresses on every front.

That is not just down to the effectiveness of the powertrain systems, but also the simplicity with which they can be deployed.

Charging is done via a point sited on the front nearside wing, while the fuel filler is per normal and on the rear nearside panel.

Leave it to do its own thing and drive the Kuga in its hybrid automatic mode, and we saw an average of 53mpg overall – impressive stuff considering there is a 2.5-litre Duratec petrol engine under the bonnet of a vehicle that weighs in at some 1.8 tonnes.

Bring in its plug-in credentials, and that figure grows to 201.8mpg, but that’s in theory only.

Ford claims the Kuga PHEV is good for up to 35 miles as an EV on a full charge, and that gives this SUV a healthy 26g/km emissions rating. For company car drivers, that means a taxation charge of just 12 percent.

Maximum speed in electric mode is 85mph, and the car runs in almost complete silence when only the motor is engaged.

The plug-in uses a CVT gearbox operated via a dial on the centre console ahead of the electronic parking brake, and it's a smooth and effective set up.

Five drive modes are available ranging from normal, eco, and sport to more extreme settings for work in slippery conditions or when in sand or snow. Those too are selected electronically at the touch of a button, and in sport mode the Kuga has real get up and go.

If there's a niggle, it's with the feel of the steering, which, even with the car’s lane keeping system disengaged, felt a little inert.

The transition from hybrid driving to pure electric motoring is almost unnoticeable, and even under regenerative braking, there's nothing untoward about the feel.

This particular version was in mid-specification Titanium trim and is priced competitively amongst the current crop of mid-sized PHEV SUVs, notably those offered by Mitsubishi, Peugeot, Vauxhall, and Volvo.

Even with an optional assistance pack – which adds the likes of cameras front and rear, adaptive cruise control, blind spot alert and automatic parking – it tipped the scales at an affordable cost.

As well as an 8-inch colour touchscreen mounted in the centre of the dash, there's also a 4.2-inch colour TFT information panel in the instrument panel and that can be scrolled through from controls on the steering wheel.

In keeping with other electrified vehicles, the instrument display software has been modified and has a variety of settings to show what the powertrain is doing with screens explaining what's going on with the likes of regenerative braking, power flow, and battery charging.

The new Kuga has smoother lines than its predecessor and there’s a touch of Porsche Macan in the look of the headlight clusters, which suits the car well.

At the rear there are twin exhausts, while inside the Kuga is fitted with Ford’s Sync infotainment system which is fully smartphone compatible.

Interior room is plentiful for four adults and five is not too much of a squeeze, while boot space on the plug-in ranges from 411 to 581 litres depending on the position of the sliding rear bench.

That’s not quite as much room as you get in non-PHEV versions of the new Kuga, but with the rear seats folded, there’s 1,534 litres available in the plug-in.

A convenient feature is a 230-volt 3-pin plug socket in the rear, but while there are USB ports in the front, there are none for the back passengers, although there's an additional 12-volt socket in the boot.

The PHEV powertrain is available on Titanium trim and also on higher ST-Line and ST-Line X specifications as well as the Vignale and the in current climate of electrification those are highly competitive.

All in all, the latest Ford Kuga is a force to be reckoned with, and is set to gain a lot of fans within the mid-sized SUV market. Its affordable price tag and bundles of advanced technology make it one of the best on offer, while its range of powertrains ensure there's a Kuga to suit the majority of lifestyles. 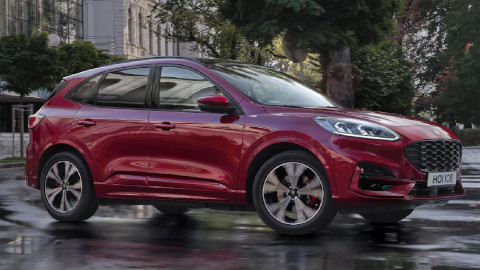 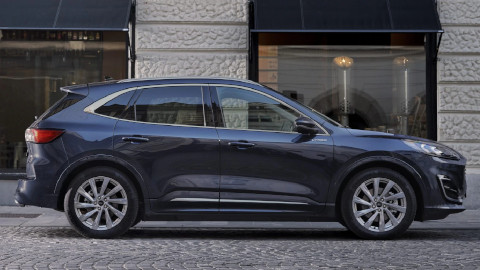