The History of Renault

A look back through the history of an iconic vehicle manufacturer.

Over 120 years of innovation

The history of Renault as a vehicle manufacturer is illustrious to say the least. Throughout the years they have been at the forefront of car and commercial vehicle technology.

Features such as all-round disc brakes, central locking and push button start - common on vehicles today - were all introduced by Renault before anybody else. Right up the present day, Renault continue to contribute to the ever-evolving world of automotive technology with gadgets such as the hands-free keycard and multi-media touchscreen infotainment.

Take a look through a timeline of key moments throughout Renault's past, and learn more about their remarkable contributions to the automotive industry. 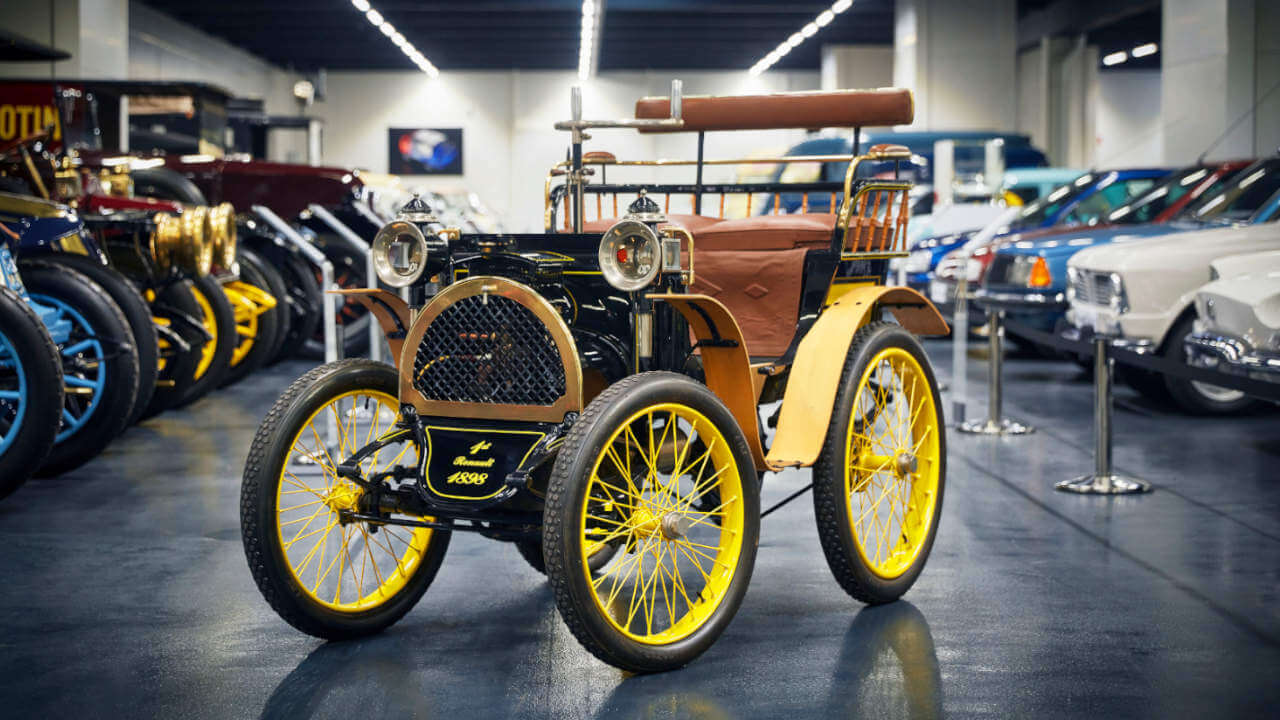 Though the Renault Corporation was not officially founded until 1899, it was on Christmas Eve of 1898 that Louis Renault sold his first car, following a test drive, of course.

It was called the Renault Voiturette 1CV, and, in various guises, was sold until 1903. It had a top speed of 20mph, unthinkable back in the day.

By 1908, Renault was the largest car manufacturer in France, building around 3,500 units that year. Today, the company builds around 10,000 vehicles every single day across its various brands.

A patent is registered for the first supercharger

Patent number 327,452, registered by Louis Renault, was for a system that generated more power in an engine by increasing the amount of gases allowed into the cylinder.

Though known at the time as a supercharger, it was really the foundations of a turbocharger, which today is seen on everything from tiny city vehicles to Formula 1 cars. 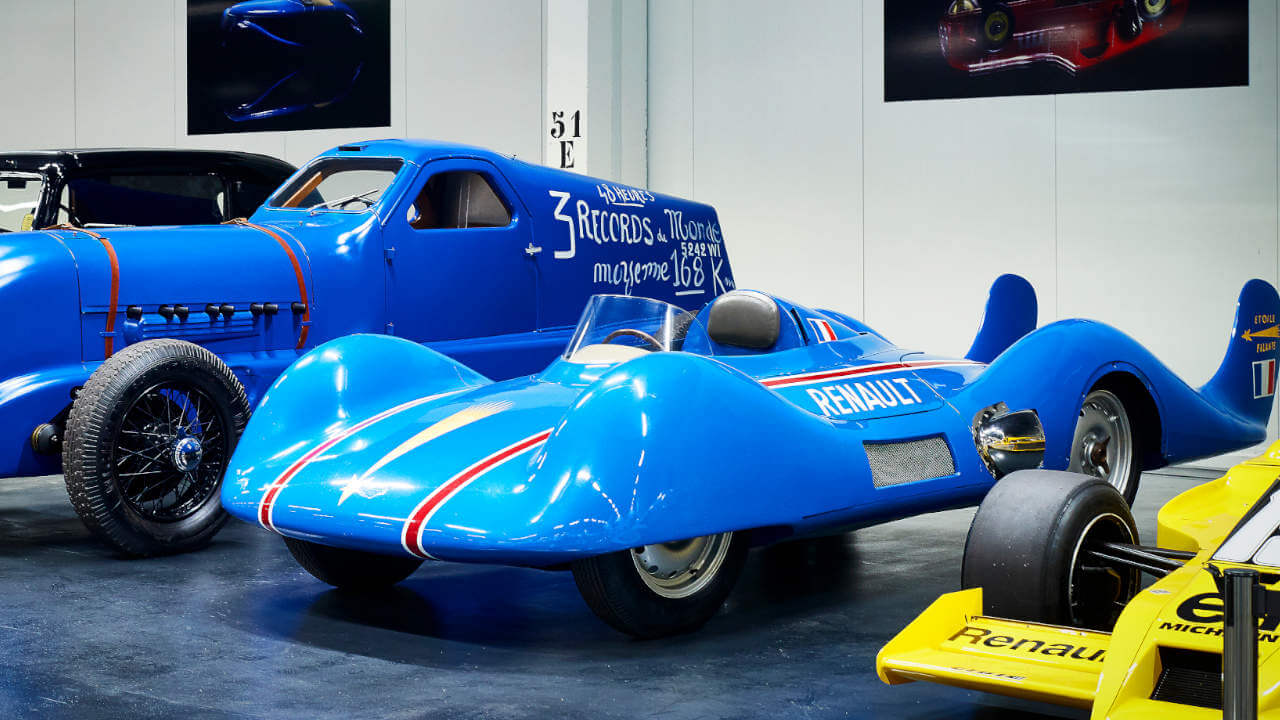 Designed in the years prior, in 1956 the Étoile Filante was showcased to the world.

It was engineered to be the fastest car on the planet, a record it achieved by reaching an average speed of 191mph on the Bonneville Salt Flats in America. 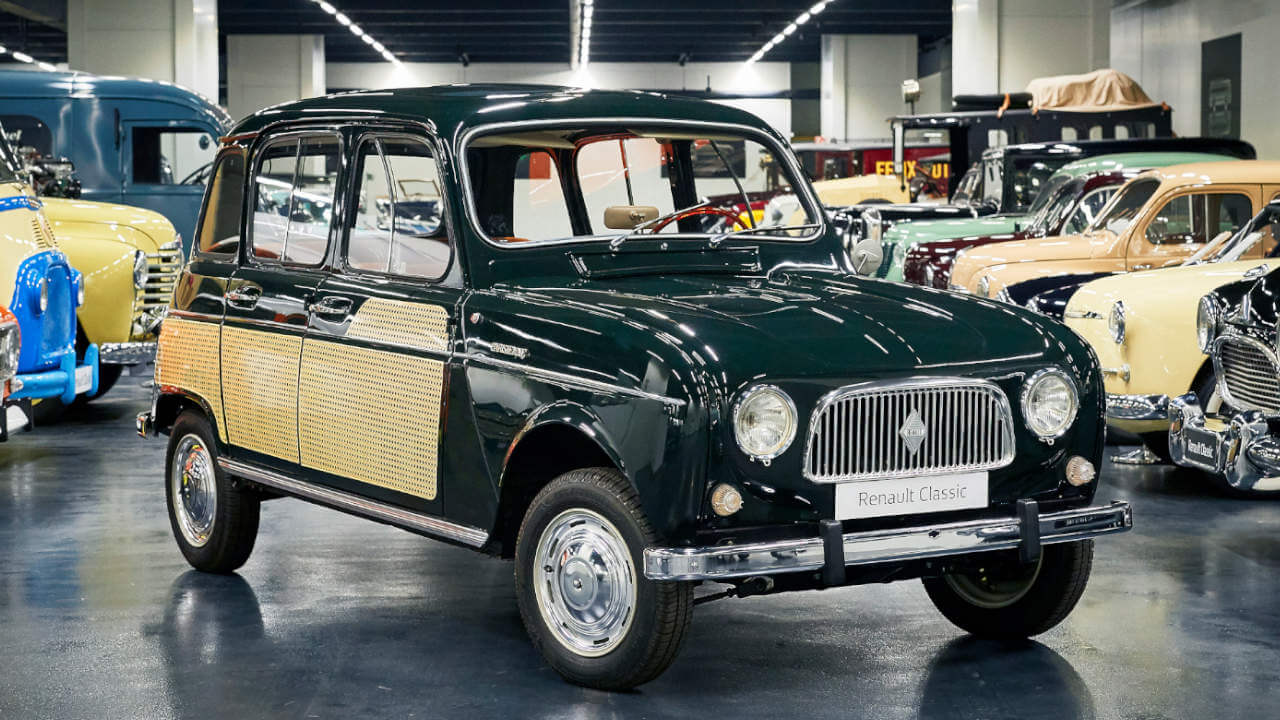 Though incredibly commonplace on today's roads, it wasn't until 1961, with the launch of the Renault 4, that the "hatchback" was first seen on European highways.

The 4 was the first two-box car that had a steeply raked rear end with a one-piece tailgate that lifted upwards.

It was originally marketed as a "small station wagon" by the company, until the term "hatchback" was coined around 1970.

The brand introduced four disc brakes onto the Renault 8 in 1963, significantly increasing braking performance in what was a first for a car of this size. 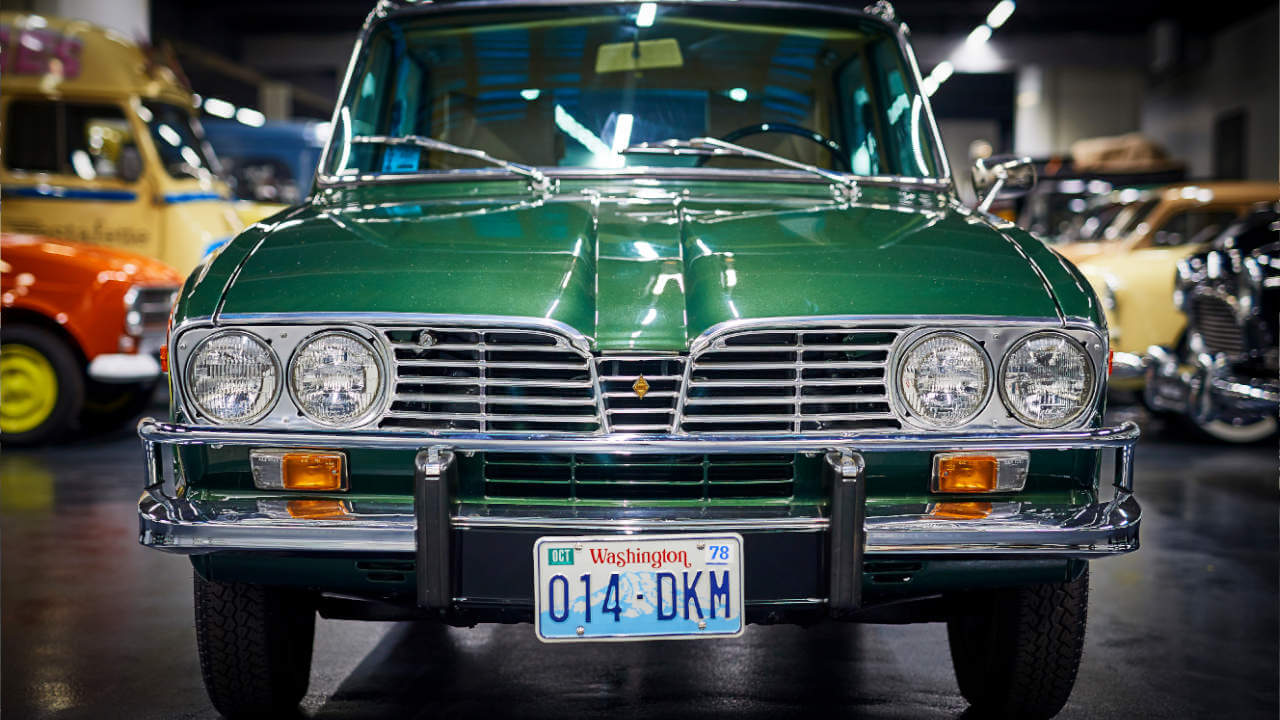 Introduced in 1965, the R16 replaced the brand's larger family car, the Renault Fregaté, to instant success.

Its comfort-focused interior and brilliant practicality meant it was a huge hit with a wide range of buyers, but particularly families.

Production continued for an impressive 15 years, with Renault building more than 1.8 million units.

Renault became one of the very first manufacturers to offer central locking on one of their cars.

This was thanks to the top-of-the-range Renault 16 TX, which also offered luxuries such as electric windows and a five-speed transmission. 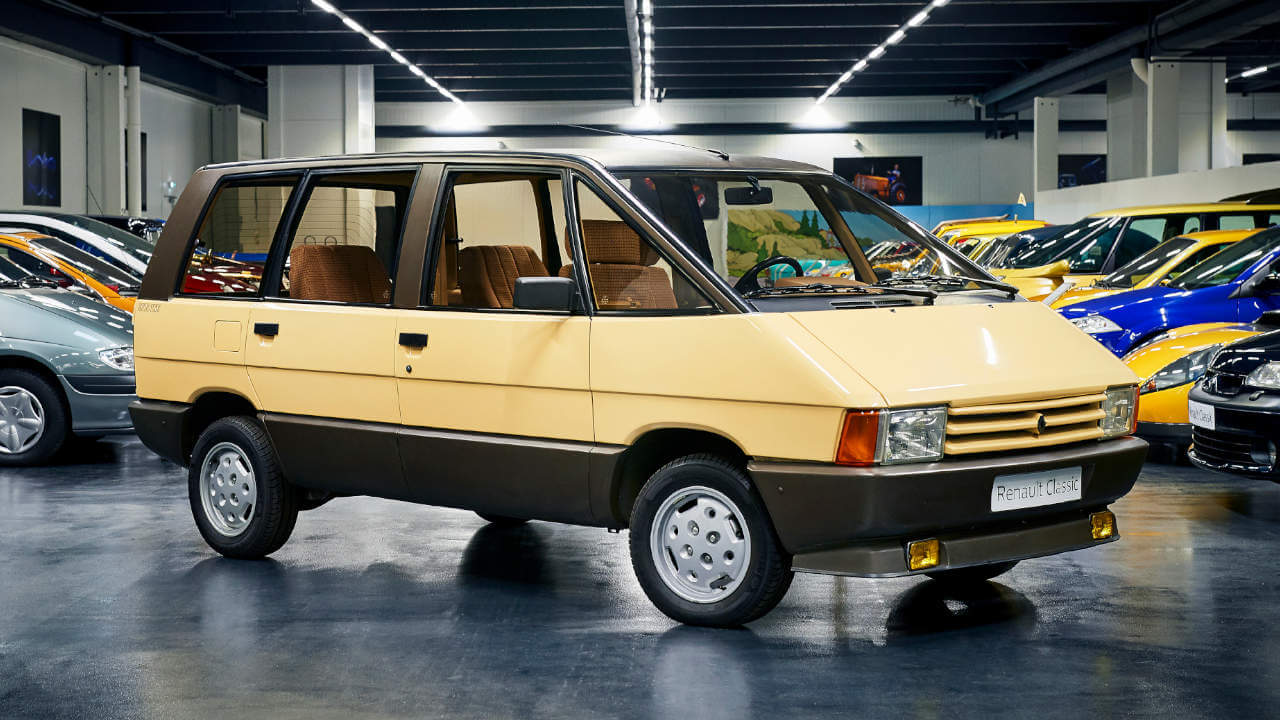 In the first month after going on sale, Renault only managed to sell a mere nine examples of their brand-new people carrier, the Espace.

Despite this monumentally slow start, the model soon became a huge hit in its home nation, and was introduced into the UK in August 1985 where it again proved popular. 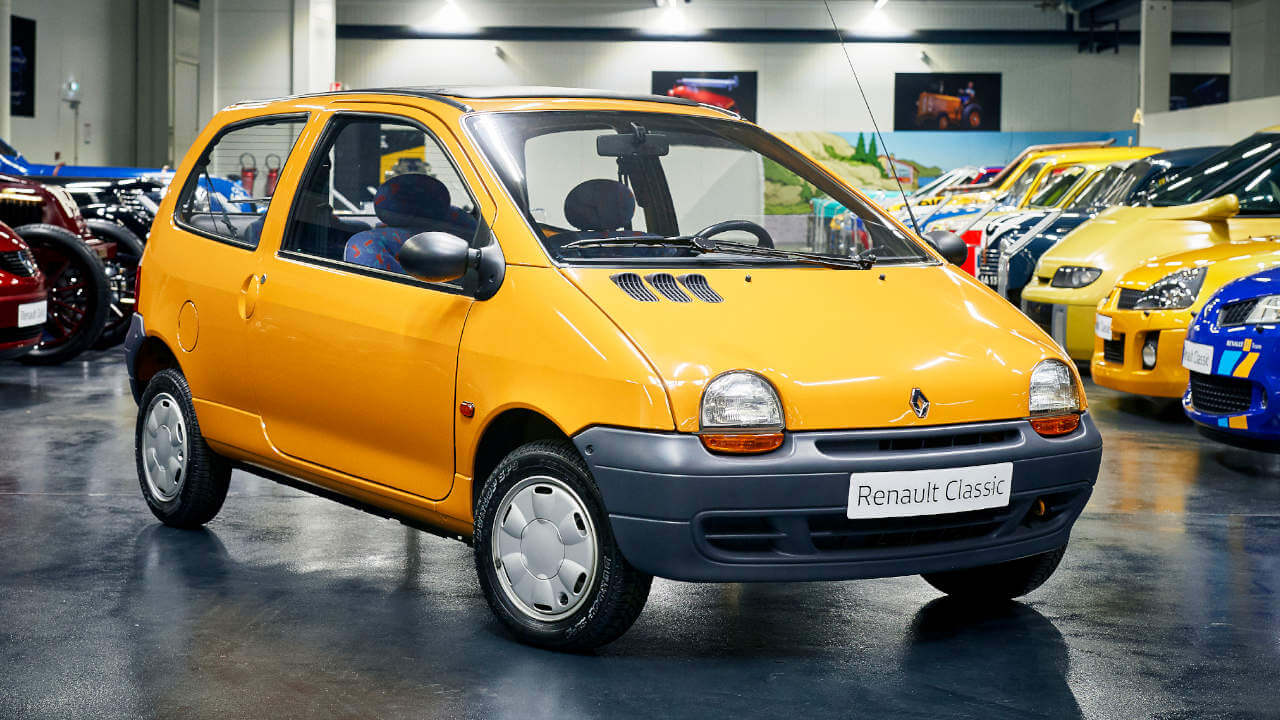 Launched in April 1993, the original Renault Twingo was popular in Europe until 2007. During its production run, it changed the course of the city driving forever by proving that even extremely small cars could be tremendously practical, and useful.

The Renault Twingo II was released in 2007 at the Geneva Motor Show, offering a whole new Clio-inspired design including improved safety features.

The most recent generation, launched in 2014, sported a rear-mounted engine that allowed for an impressively spacious cabin.

Once again leading the way with "easy life" technology, Renault become the first mainstream manufacturer to introduce keyless entry and push-button start on a family vehicle, the Laguna. 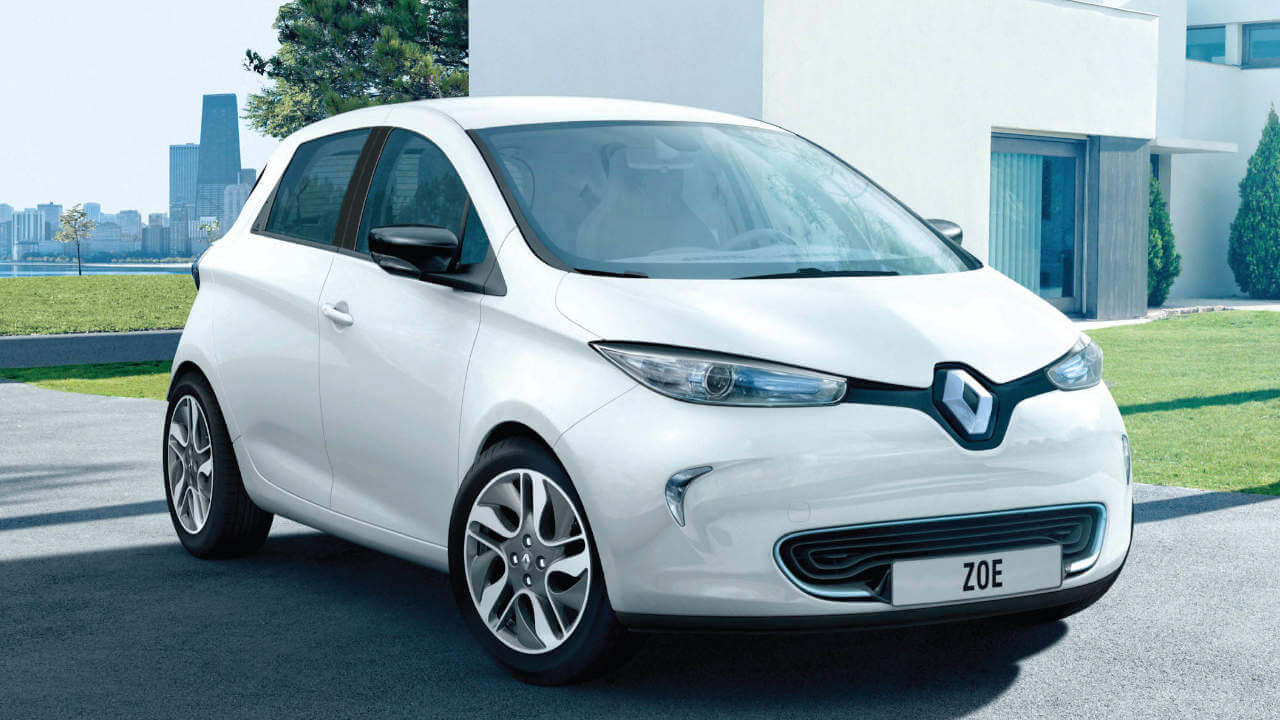 2012 was a big year for Renault, launching their first ever 100% electric car – the Renault ZOE.

Originally comprising the 22kWh lithium-ion battery pack and had a driving range of between 130–150 miles.

Nowadays, the ZOE can achieve up to 245 miles on a single charge.

Renault unveil the EZ-GO, an autonomous vehicle designed to perform duties as a taxi in ultra-modern, low-emission city centres. 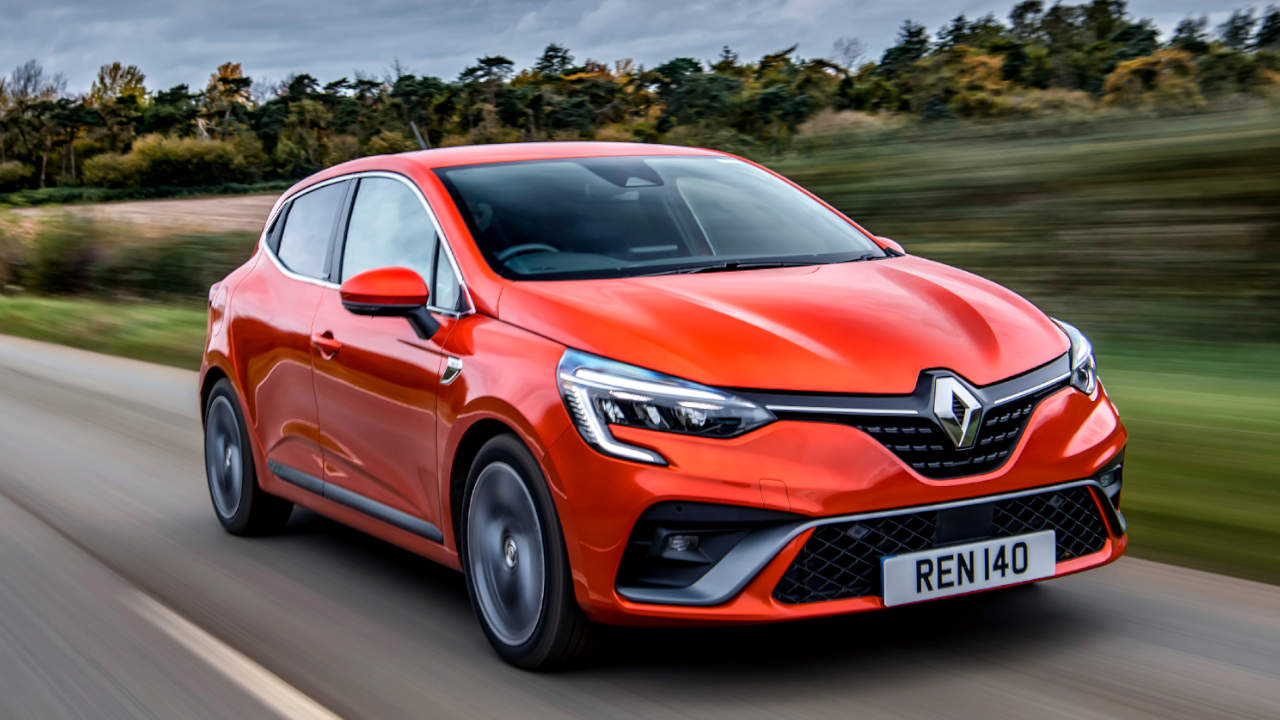 In 2020, the company's focus quickly turned to the impending stricter regulations around vehicle emissions. This meant focusing on full hybrid and plug-in hybrid options of the Clio, Captur and Megane range, as well as continuing the progress with the ZOE.

These new models drastically reduce the tailpipe emissions of the Renault range whilst remaining simple to drive and easy to live with for customers.

Become part of the Renault story

Renault are undoubtedly one of the most recognisable and iconic car manufacturers in the world. The company's continued push for innovation and commitment to an "easy life" for their customers sets the brand apart.

At Evans Halshaw, we can help you can behind the wheel of a brand new Renault thanks to our excellent range of offers. We also stock plenty of used Renault models, too.

Whatever your enquiry, the Associates at our Renault dealerships will be more than happy to assist you. 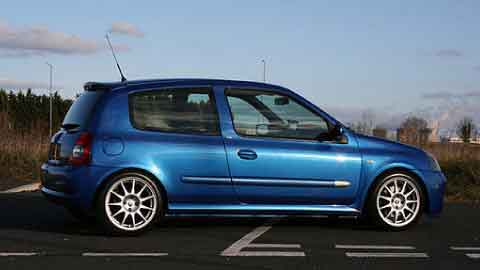 The History of Renault Hot Hatches 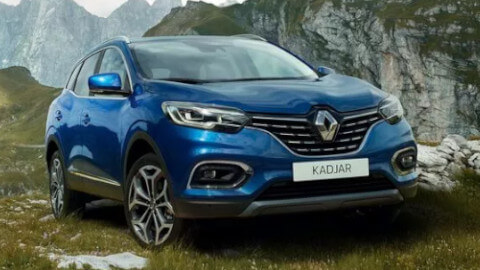