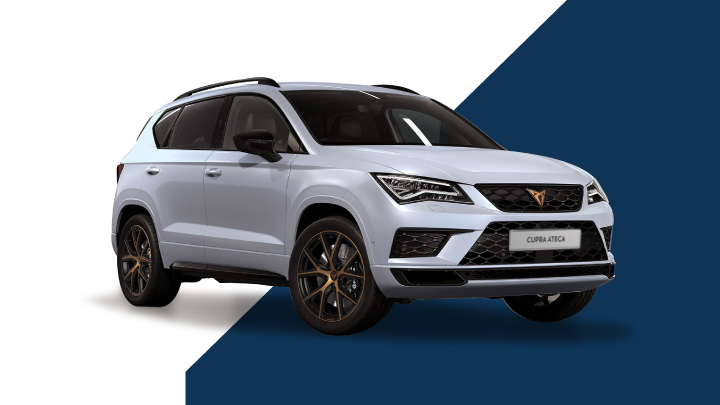 If you're after something sleek, sporty and practical, the Ateca is a vehicle that provides a magnificent mix of all three 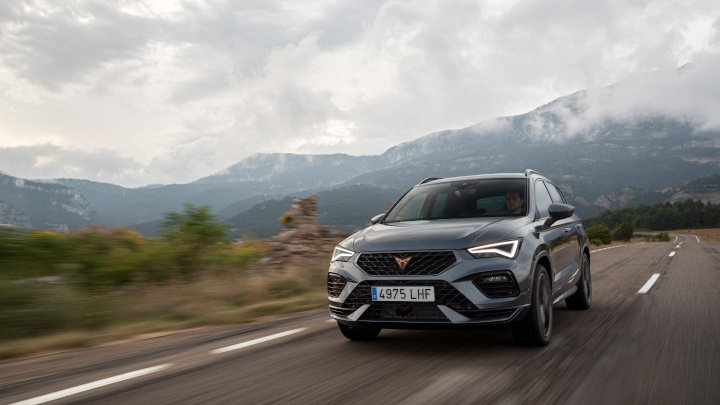 The Ateca is a medium-sized crossover SUV that offers impressive performance figures as well as family car-levels of practicality. It's a great option if you need something bigger than CUPRA's Leon, but not quite as big as their Formentor.

As the first car to don the CUPRA badge, the Ateca had big expectations to meet, and it definitely doesn't disappoint. A wide range of benefits make it a top contender within its market, such as:

Discover the features of a used CUPRA Ateca in more detail below. 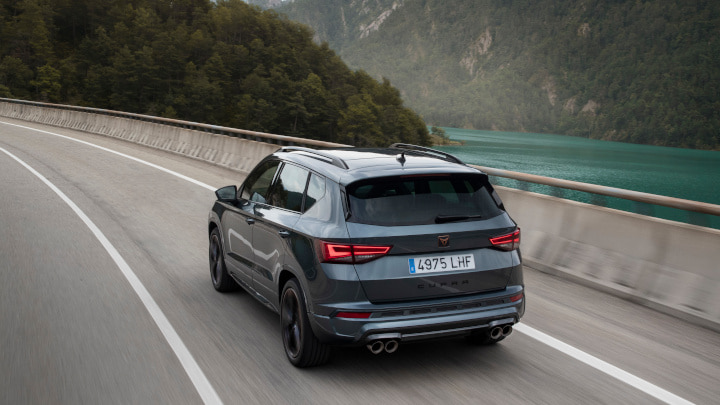 Coming with a simplistic range of, well, one engine; the Ateca is host to a 2.0-litre petrol which delivers 296bhp via a seven-speed DSG automatic gearbox. This allows the car to go from 0 to 62mph in 4.9 seconds, which is mightily impressive for a crossover-SUV.

According to WLTP figures, you'll be able to achieve a combined fuel economy rating of up to 32.5mpg, which is lower than some of its tamer rivals. Fuel economy may not take priority when you enjoy what the Ateca has to offer, especially in the maximum performance CUPRA driving mode, which is one of six to choose from.

Dynamic Chassis Control (DCC) and front shock absorption also allow the Ateca to be comfortable when cruising, as well as tight and responsive when driving in a more spirited manner. 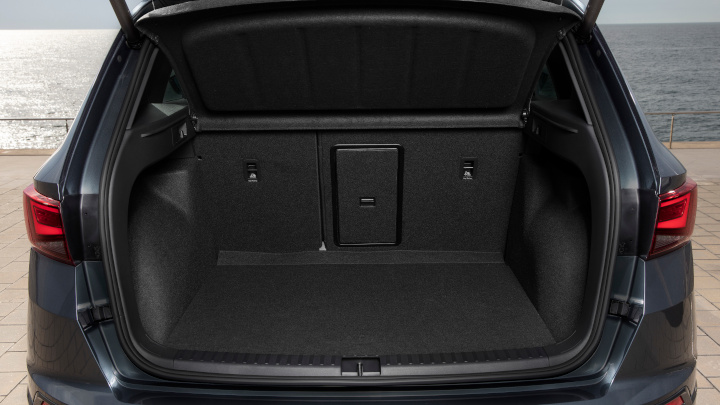 Whilst powerful, the Ateca is suitable for a number of road conditions thanks to its four-wheel drive (4Drive) system. Pair this with the off-road or snow driving modes and you'll find an increased level of grip, which is reassuring in winter conditions.

485 litres of boot space can be used to transport a good amount of luggage, but if you require extra space the 60/40 split-folding rear seats increase overall capacity when flat. The Ateca also has good towing capabilities, being able to pull up to 2,100kg braked, or 750kg unbraked.

Due to its performance figures, insurance resides between group 31 and 33 (out of 50), meaning running costs may be more than some of its rivals. All Evans Halshaw dealerships are also well-equipped to deal with any servicing or maintenance requirements. 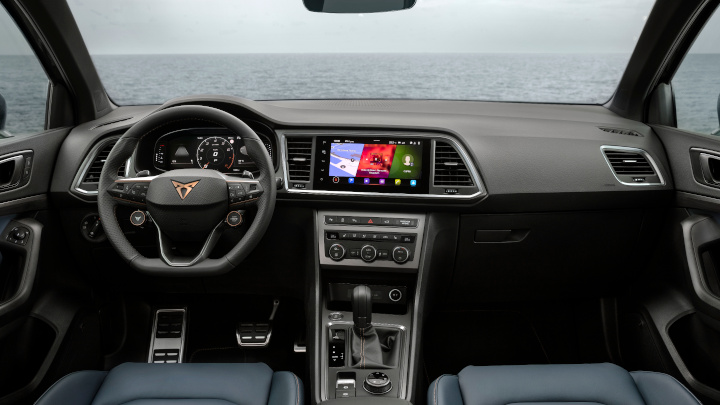 The interior of the Ateca is spacious, comfortable and built with high-quality materials, with copper-coloured CUPRA accents and bits of trim lining the sleek-looking cabin. Head and legroom are also good throughout, meaning all occupants can enjoy their experience within the cabin.

A good level of equipment comes as standard, including a 10.25-inch digital cockpit and 9.2-inch satellite navigation system. Examples with optional extras may include further features such as wireless mobile phone charging and heated seats.

The Ateca passed the Euro NCAP safety test with flying colours, achieving the full five-star safety rating. Further reassurance is provided in the form of clever safety equipment and technology, such as:

Is the CUPRA Ateca right for me?

The CUPRA Ateca combines performance with practicality, making it a superb option if you need something suitable for your family, but a barrel of fun for your drive home after dropping the kids at school.

If you like the look of the CUPRA Ateca, but don't quite need the power it beholds, the SEAT Ateca (The car the CUPRA Ateca is based on) may be up your street. Other alternatives include the Skoda Karoq, which is even more practical, or the Ford Kuga, which is suitable if you're working with a smaller budget.

Nonetheless, the CUPRA Ateca can provide a huge grin on the faces of your whole family.

Why purchase a used CUPRA Ateca through Evans Halshaw? 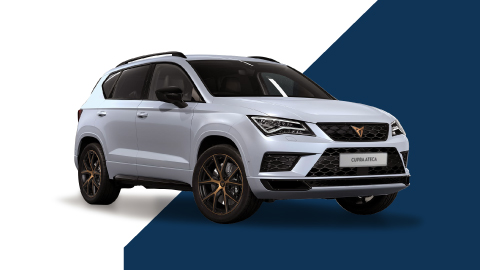