Explore our great range of offers on a brand new Qashqai

It's almost difficult to believe that the Nissan Qashqai has only been on Britain's roads since late 2006, what with the immense success it's achieved in a relatively short period of time compared to other models in the same market.

Nissan were visionaries when they released the Qashqai, because even though a few other manufacturers had their own crossovers, very few of them competed with the Qashqai's well-rounded package at the same price point.

The result has been strong sales ever since. And with the latest generation Qashqai, things have only improved. A contemporary appearance is joined by some of the latest technologies on the market; plus there's a wide range of engine choices to choose from, making this crossover kind on the bank account.

There's no denying that the latest generation Qashqai is a handsome looking thing. A fresh look has been implemented, with sporty features predominant throughout the car. A wide choice of modern colours complement the new appearance, as do a host of new alloy wheels, which are available up to 19-inches in size.

The cabin of the Qashqai is a relaxing place to spend time thanks to the high quality materials that can be found on each surface. You're unlikely to hear complaints about head or legroom from your passengers since the interior is so spacious.

Head to the boot and you will find a 430 litre space ready to be utilised. Fold the rear seats and you get a whopping 1,598 litres; ideal for moving large items from A to B.

Climb into the driver's seat and the first thing you'll notice is NissanConnect, which is Nissan's new and clever infotainment system. Alongside satellite navigation, there is the ability to locate your car using the downloadable Door to Door Navigation App. There's also TomTom Premium Traffic with free map updates for five years available too.

Those who are big fans of their music will appreciate the new Bose sound system. Seven speakers have been carefully placed inside to create an expansive listening experience for each passenger.

There's a wide variety of drivetrains to choose from in the Qashqai, meaning you won't struggle to find one that is best suited to your requirements.

There are three petrol engines to choose from, which are all derived from a turbocharged 1.3-litre unit. You can choose between 138 bhp and 158 bhp variants, but you get a choice between a manual or automatic gearbox with the most powerful option. Expect between 39.2-41.5 mpg on a combined cycle.

For those who do more miles each year, there are the diesel engines. There are five variants to choose from, which come courtesy of a 1.5-litre and a 1.7-litre turbocharged drivetrain. The smaller unit isn't as potent as its larger sibling, but returns 53.3 mpg on a combined cycle.

The larger diesel engine offers great flexibility, with the ability to spec four-wheel drive alongside a manual or CVT automatic gearbox.

Key features in addition to Visia:

In addition to N-Connecta Grade:

Key features in addition to Tekna:

The Qashqai is a strong seller for valid reason, and remains among the best in its class thanks to a series of clever additions that enhance the driving experience in every noticeable way. Take into account the fresh design and efficient range of engines, and the Qashqai makes more sense than ever before.

If you want to explore the Qashqai in more detail, then please contact your nearest Evans Halshaw Nissan retailer today to arrange a viewing. 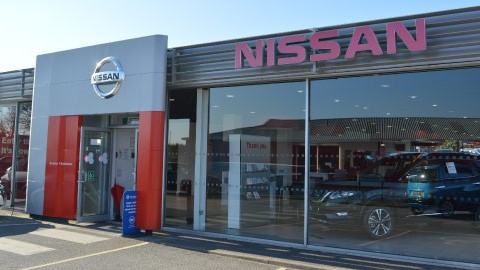 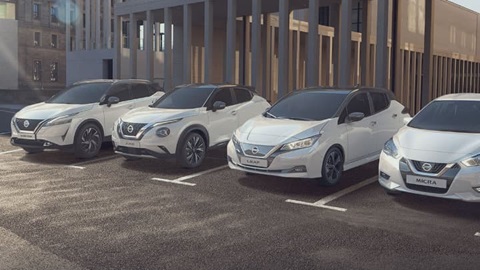