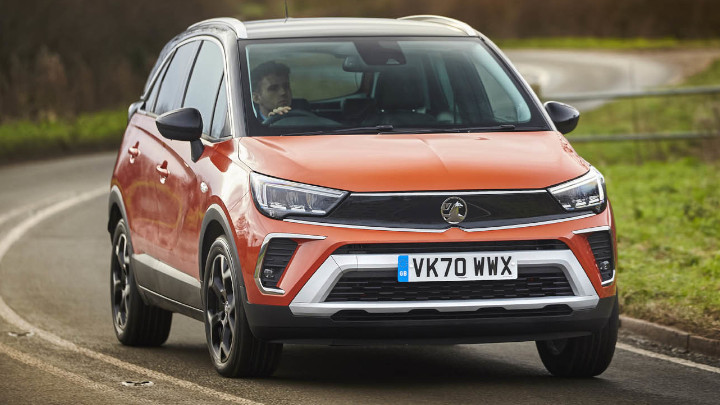 The previous Vauxhall Crossland impressed, and the new generation is no different with its updated design, comfortable ride, and advanced tech.
View Offers

A fresh face is coming to Vauxhall, with a new design theme that's making its debut on a heavily revamped Crossland SUV.

Smoother lines and a completely new treatment to the front of the car make the latest Crossland as contemporary as they come.

The line-up starts with a 1.2-litre non-turbo model developing 82bhp and goes on to include a turbocharged version with 128bhp on tap. Diesels are of 1.5-litre capacity and come in 108bhp and 118bhp outputs.

I tested the sporty new SRi Nav model, which sits in the middle of the range. It comes with a 128bhp engine under the bonnet and equipment including an 8.5-inch display panel, full smartphone connectivity, and LED lights all round as well as other embellishment such as a 3.5-inch colour instrument display, ergonomically supportive front seats and tinted rear glass.

Vauxhall calls the redesigned front end a ‘Vizor front’, and it replaces an open grille with a single gloss black strip running from headlight to headlight.

There’s also a new version of the Griffin logo, which in one way or another has been fixed to Vauxhall cars since 1903.

It’s a look that will be appearing on all of Vauxhall’s new models, and the Crossland is followed by an all-new Mokka and an all-new Grandland.

The interior is uncluttered with a straightforward and modern approach, set off on the car we tried with a coloured dashboard, although the Crossland has retained the slightly fiddly release button on the top of the handbrake.

The ergonomic design of the seats has made a huge improvement on comfort levels for the driver and are nicely supportive all round with lumbar adjustment, a cushion extension for leg length, and adjustability for height and reach.

Boot space is as before and ranges from 410 litres to a maximum of 1,255 litres, and on SRi and top grade Ultimate Nav models, that's enhanced with a sliding rear row of seats that increases the load area to 520 litres with underfloor space.

In total, the rear seats can slide through some six inches, and there’s also a ‘ski hatch’ opening for added flexibility on the SRi and Ultimate Nav models.

Safety systems include lane departure warning and speed sign recognition on all versions, and the only element that's really lacking at the moment is the availability of an electrified powertrain.

All but the entry-level 82bhp Crossland models have 6-speed manual gearboxes, and automatic transmissions are available on the higher powered versions.

On the road, the latest Crossland is much sharper and refined when it comes to handling, and changes have been made to the steering to make it more responsive.
Chris Russon

It performs well and the 128bhp SRi Nav has a top speed of 125mph with a 0 to 62mph acceleration of around 9.5 seconds making it the quickest of the range.

Officially the best fuel return is rated at 49.5mpg with emissions of 130g/km, and we managed to average 47mpg – no grumbles there.

I also tried an automatic Crossland over a similar route and that performed equally impressively. However, fuel economy is not so good as the manual and rated at 45.6mpg at best (137g/km).

We achieved an average of 41.4mpg making it a slightly thirstier option overall, and while there’s a tiptronic facility for manual changes there were no paddle shifters which would have added to the car’s sporting characteristics.

Despite the popularity of previous generations, the styling changes found on the latest model are significant and bring the Crossland right up to date in the most popular part of the car market. The car met the mark in terms of running costs, comfort, and practicality, ensuring its place as a top option within the segment. 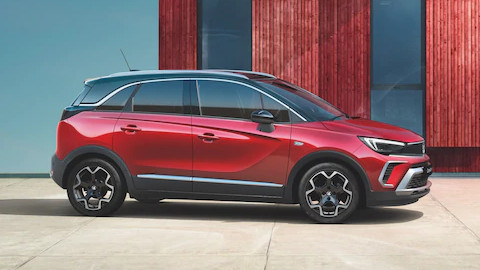