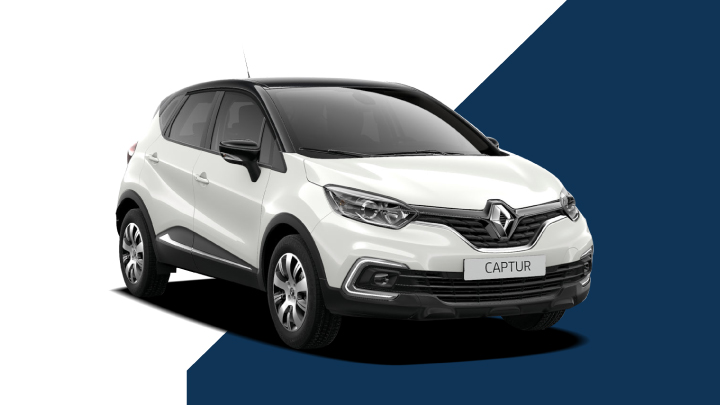 One of the original trailblazers of the small SUV market. Discover why a used Renault Captur makes such good sense.

Since 2013, the Renault Captur has been doing its upmost to popularise the small SUV/compact crossover market. It's done a fine job of it too, with SUVs becoming more and more popular as people look for a practical, stylish and quirky family car.

Referred to as a small SUV mostly, the Captur is technically a compact crossover due to sharing underpinnings with the Renault Clio hatch, but let's face it, small SUV rolls off the tongue a lot easier.

So what makes the Captur a great used buy?

Discover the Captur in more detail below to see if it could be the perfect used car for you. 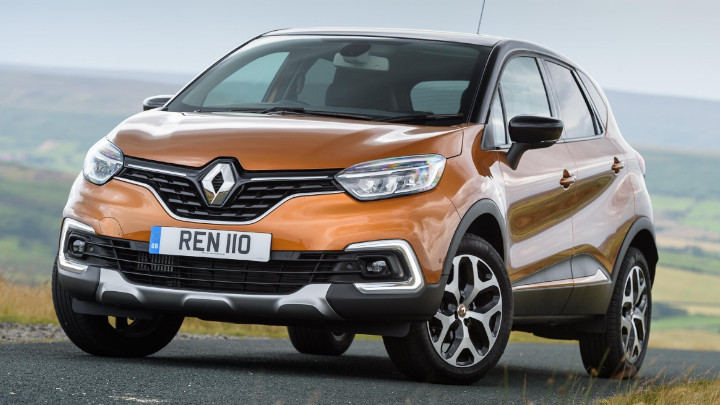 Engine choice for the the first ever Captur was nice and simple, with a few petrol engines on offer. A 0.9-litre was first on the scene, with 0 to 62mph taking just under 13 seconds. It wasn't rapid, but it didn't feel slow either. It did offer decent economy though, with over 50mpg possible.

A more potent 1.3-litre engine joined the range in later years, offering better performance and multiple power choices, with the 0 to 62mph time taking circa 10 seconds for both the 128bhp or 148bhp version. These engines returned around 44mpg.

A 1.5-litre diesel joins the petrol options. It offered similar performance and economy to the 0.9-litre petrol, although predicted mpg will be far more accurate in the 1.5-litre diesel, with the latest test standards coming into play, as older stats of the 0.9-litre were a touch on the optimistic side.

To drive, thanks to being based on a Clio, this compact SUV means drivers don't have to adapt a completely new driving style, as despite the chunkier SUV size, it still behaves like a Clio. Therefore, the Captur is rather simple to get used to, and a doddle to manoeuvre. 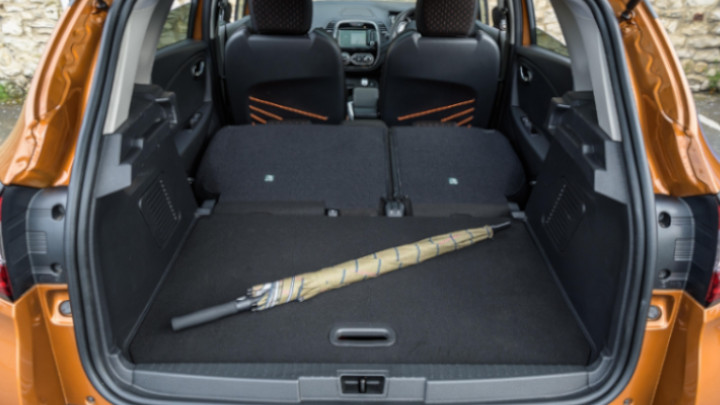 With 377 litres of boot space, or 455 litres when pushing the rear bench forward, the Captur offers more space than some brilliantly practical hatchbacks like the Ford Focus and VW Golf - so puts the argument of 'is a small SUV actually more practical than a family hatch' to bed easily enough.

There is also plenty of space inside too, with five seats, meaning small families could well opt for the Captur if looking to get away from a usual family hatchback.

Running costs are low too, with over 44mpg possible in most specifications, the Captur won't require you to visit the pumps that often. Being based on the humble Clio, servicing is also reasonable. This can be undertaken at any Evans Halshaw Renault dealer. 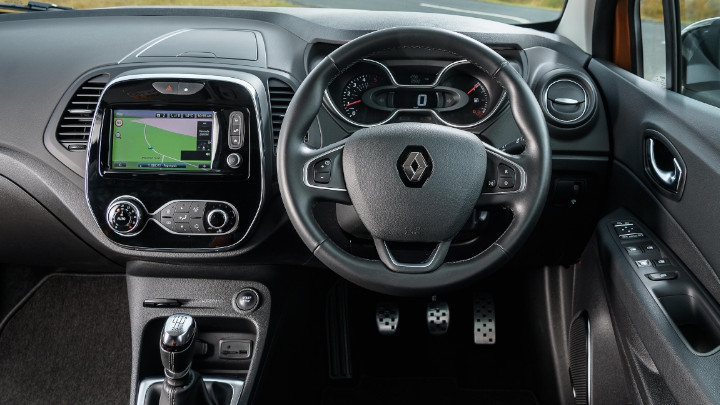 In an era where all car interiors seem to be adopting digital displays, it's nice to see the Captur's cabin doesn't look outdated, despite an older vibe to the interior.

Launched in 2013, back then, the cabin will have looked bang up-to-date, and to be honest, it has aged rather well. It blends analogue dials with a retro black and white digital dial, which looks rather funky. Lots of black gloss plastic tries to add some more funkiness, which some will love, others not so much.

Go for an Iconic model and upwards, and you also get a smart 7-inch colour infotainment screen, with Android Auto and Apple CarPlay coming standard too. GT Line top-spec models get even more toys with front and rear parking sensors, a handy rear view camera, folding door mirrors and heated seats.

And in typical Renault fashion, the Captur is yet another model in the range to achieve a full five-star Euro NCAP safety rating, thanks to features such as:

Is the Renault Captur right for me?

With the SUV trend set to continue, the Renault Captur is as current now, as it was when it launched back in 2013.

Sure, a newer second-generation Renault Captur is available, but will cost more both new and used, than this first-generation model. The Nissan Juke may offer more quirky styling, but the Captur offers more sophistication and practicality.

If you want an SUV, that drives like a hatchback, and is also as easy to drive and easy to live with, the Renault Captur is well worth a look.

Why buy a used Renault Captur through Evans Halshaw? 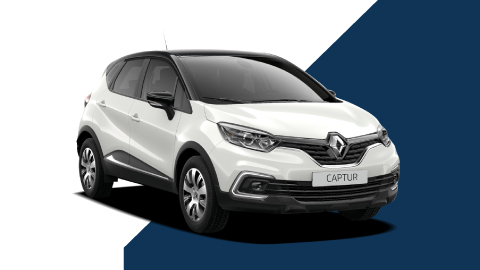