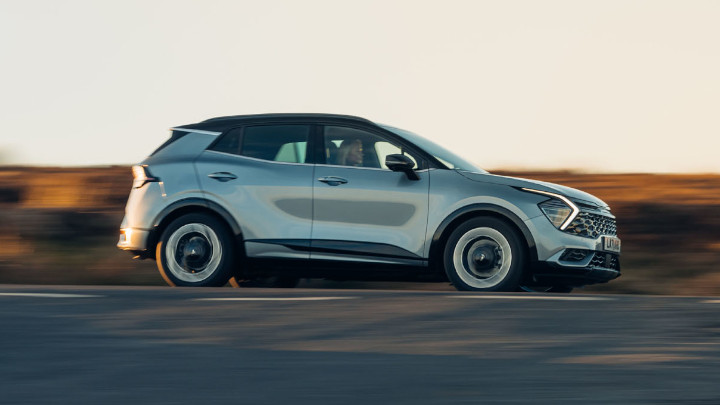 The Sportage GT-Line is a car that's sure to turn heads, leaving no stone unturned in its quest to be king of the competitive SUV hill.
View Offers

Don't let the profusion of initials put you off. The hybrid Kia Sportage GT-Line is an SUV that’s got most angles covered.

With electric assistance, it delivers modern technology in a practical family package yet is lively enough to satisfy the keener driver too.

Introduced recently to replace the last hugely successful Sportage, it’s got a stiff fight on its hands as the competition regroups to combat one of the most successful all-purpose family cars of its generation.

With razor edge styling, a huge grille and distinctive design, the Sportage is determined to stand out from the crowd of square boxes that have become the norm in the surging crossover class.

Power comes partly from a 1.6-litre petrol engine which is supported by a 13.8kWh battery pack, allowing for a decent electric only range. Altogether, it amounts to a healthy 226bhp.

With very little cornering roll yet impressive ability to absorb undulations, poor surfaces can be covered with assurance and comfort. Only when going slowly over pock-marked roads does the Sportage feel somewhat joggle as the suspension struggles to cushion its occupants.

Floor the accelerator, and you’ll get warm hatch-like performance, with 62mph coming up in around 8.0 seconds. But keep the car in ‘eco’ rather than ‘sport’ mode, and it will eke more than 40mpg.

We found the sport mode made acceleration a tad nervous – maybe due to its quicker response – and preferred to travel most of the time in eco. Our average was 41mpg with a best of 50.5mpg.

Designed specifically with Europe in mind, the new version is marginally smaller than the model that goes to other countries and has sharper handling. It doesn’t, however, come slightly short of achieving the level of dynamic prowess of say the BMW X1 or Audi Q3, but the gap has undoubtedly narrowed.

The cabin has seen major improvements with higher grade materials and a general ambience now on a par with its more expensive German rivals.
Jon Smith

There are one or two niggles, however. Almost every time we made an adjustment to the main screen, my hand or a finger brushed and activated the air-con or fan control, such is the close proximity of the switchgear.

Plenty of space for passengers and their baggage with copious bottle holders and oddment bins around the cabin and the boot are of a reasonable size, although the luggage platform is set relatively high. The rear seats split and fold in usual style, and the rake of the backrests can be adjusted according to the amount of cargo space required.

Smart and bold looking, the latest Sportage carries on Kia’s tradition of providing high standard family motoring at a reasonable price. And the 7-year warranty remains a considerable attraction.

In GT-Line spec, it introduces a host of much-welcomed additional features and is an SUV that's seriously worth considering within this competitive corner of the market. 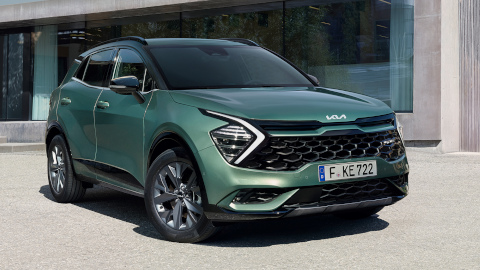 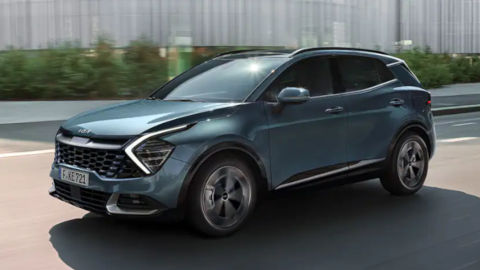