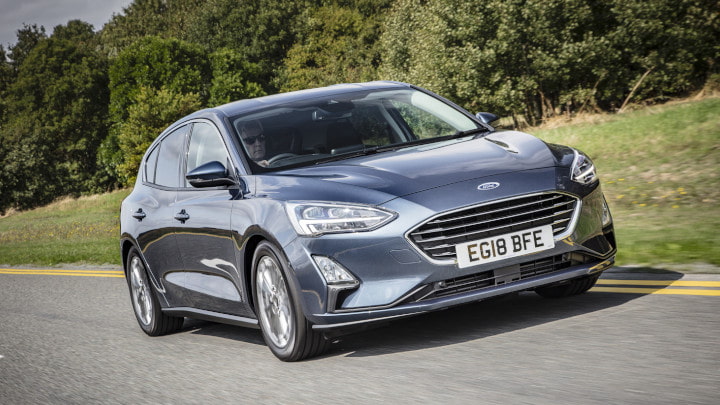 As one of the best all-rounders on the market, the Ford Focus is a very popular car, and the fourth generation looks set to gain even more fans.
View Offers

There were many raised eyebrows, mumbled murmurings, and looks of utter disbelief the day Ford announced that the Escort was being discontinued.

But, in its place came the Ford Focus and with over 20 years of sales under its belt, it’s proved itself to be a very worthy replacement.

In those two decades the car has evolved considerably, but Ford claims its all-new fourth generation car, designed from a clean sheet of paper, is the ‘best ever’ and that’s quite a bold statement to make.

The new line-up boasts multiple variants and with prices starting at a lower point than the outgoing model, it's a car that's well priced.

The most popular trim levels of Zetec and ST-Line also get a price-drop and there are new ST-Line X, Titanium, Titanium X and Vignale models priced to complete the initial Focus range.

The Ford Focus received a facelift in 2022, bringing with it a range of updates. A pre-facelift version was tested during this review.

The choice of powertrains is equally impressive, with a raft of petrol and diesel engines to choose from.

Diesel fans are well catered for via a new 1.5-litre EcoBlue engine delivering 94bhp or 118bhp, along with a 2.0-litre 148bhp unit. Buyers also get to choose which transmission they want, with 6-speed manual or 8-speed automatic gearboxes available.

I tried a couple of models on a road route that incorporated busy city centre driving, motorways, and country lanes.

First up was the Titanium X model, powered by the 1.0-litre 123bhp EcoBoost petrol engine.

This car, which featured a six-speed manual gearbox, featured a variety of optional extras.

Comfort levels within the car are excellent, and it’s easy to find a good driving position with ample seat and steering wheel adjustment on offer. The pedals also line up perfectly.

The new Focus offers an enhanced ride and driving experience thanks to improvements to the suspension and chassis. The car is beautifully balanced when cornering meaning it can be driven enthusiastically into tight bends and the cabin is well insulated against any engine, road surface or wind noise.
Maxine Ashford

Three drive modes called Normal, Eco, and Sport alter the way the car handles and are easy to toggle between.

We also sampled the all-new Focus ST-Line model powered by the 1.5-litre 118bhp diesel engine, once again mated to a 6-speed manual box.

But the truly impressive stats are found in the running costs, with combined fuel economy of 78.5mpg and CO2 emissions of just 97g/km.

Taking on board plenty of customer feedback, the latest Focus looks bigger than its predecessor, but the growth spurt is rather deceptive with just an 18mm increase in the length and a wheelbase extended by 53mm.

But the interior is roomier as a result, and that translates into extra space for passengers. In fact, two six footers can comfortably sit one behind the other without any complaints, and back seat passengers now have glass to look through instead of a metal panel.

The new Focus looks stunning from any approach. It has more aggressive styling, but isn’t a muscle car, so will impress those who want plenty of street credit without scaring away its more traditional and loyal fanbase.

New design cues include a larger, yet instantly recognisable grille sitting between the horizontally biased headlamps, which like the tail lights, are positioned as wide as possible to accentuate the car's width and sporty prowess. Also, the ‘FOCUS’ badging is positioned in large individual satin letters between the rear lights.

Move inside and there's a clutter-free feel to the Focus. In fact, there are 50 percent fewer buttons, which is a direct result from the customer feedback.

But there's a wealth of on-board technology to explore. The slimmer and lower console looks neater, the dashboard is more forward facing and there's genuinely a more premium feel to the car.

The ST-Line version features sportier styling cues such as a larger rear spoiler, a unique ST-Line upper and lower grille with body-styling, and ST-Line wing badges and polished twin tailpipes.

The interior is more dynamic in its styling, with a flat-bottomed steering wheel with red stitching, along with alloy pedals and the car’s performance perfectly matches the athletic appearance.

There's sports tuned suspension which feels firmer, but also more confident when pushed hard into bends. And although the performance figures are similar to the more ‘sensible’ Titanium X car that we tested, it felt much quicker.

One new feature to the Focus is a head up display and this was a nice addition with ample height, brightness, and readout adjustments on offer.

The Titanium X I tested also boasted a Bang & Olufsen 10-speaker, 675-watt sound system, which when pumped up just a few notches, will result in people hearing you long before the car turns a corner.

The 8-inch floating touchscreen is nice and clear, and smartphone connection is a simple process via Apple CarPlay or Android Auto.

Ford announced that the Focus will be available with a new FordPass Connect system. This app-based service, that works in tandem with an on-board modem, means the car can be locked, unlocked, and even started from a mobile phone.

But it’s not all gimmicks as you can use your smartphone to check fuel levels, tyre pressures, find the vehicle’s location, look for parking spaces (with prices), get live traffic reports, and connect up to 10 devices via Wi-Fi from up to 15 metres from the vehicle.

Drivers of an automatic Focus can even start the car via the app, so it begins the defrosting process in winter.

The Focus is a vital car for Ford and is more often than not only beaten in the UK sales charts by the Fiesta.

Building on the reputation gained by preceding generations, the fourth generation Focus is what Ford call 'the best yet', and its first impressions are certainly living up to this bold statement. 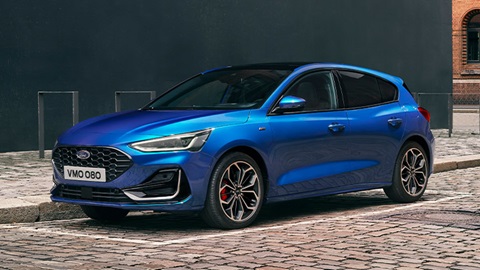 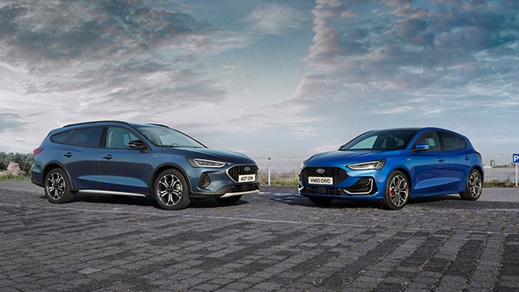