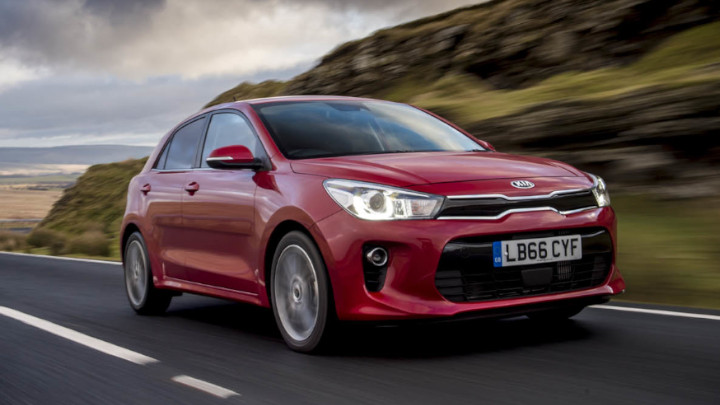 The latest Kia Rio steps into a supermini segment that's very competitive, but with a wide range of updates, it certainly makes its mark.
View Offers

With competition fierce in the supermini class, Kia is hoping to make its presence felt with the launch of its all-new fourth generation Rio. And with competitive pricing, a choice of frugal engines, lots of on-board technology, and that excellent 7-year warranty, the car has every chance of achieving that goal.

Admittedly the Rio is up against some stiff opposition with the likes of the Ford Fiesta, Vauxhall Corsa, and VW Polo vying for sales, but Kia is confident the Rio, one of the company’s bestsellers, will turn plenty of heads.

Kia has ditched the 3-door variant, so now the Rio is now only available with five doors, and there are multiple trims to choose from including '1', '2', and '3' specs, as well as a sportier GT-Line S.

Powertrain choice is vast, with fuel economy up to 80.7mpg and carbon emissions from as low as 92g/km.

The first thing to mention is how spacious the car is, and the build quality is good too, with lots of soft-touch materials within the modern-looking cabin. All the instruments are ideally placed for ease of use, and the touchscreen is easy to operate, too.
Maxine Ashford

The diesel model had plenty of gusto and coped well with any steep inclines. The road-holding was assured, which meant long sweeping bends posed little problems, and the lack of any body roll was impressive too.

I did find the suspension a little firm, and at times the steering seemed a tad heavy, but that aside the car coped admirably with anything thrown in its path.

The 6-speed manual gearbox was smooth and, although you have to work the gears on longer hills, the acceleration and power output was generally good.

Next up was the 1.0-litre 118bhp T-GDi First Edition model, which is a limited run variant to commemorate the new Rio's launch. The powertrain enabled the car to complete the 0 to 62mph dash in 9.8 seconds, top out at 118mph, and have a combined fuel economy of 60.1mpg with carbon emissions of 107g/km.

Noise levels within the cabin are raised quite a bit when the car is travelling at motorway speeds, but that aside, it was a great drive. Admittedly, the economy is not so impressive on the petrol model, but it’s still worth considering, especially if lots of stop/start city driving is the norm.

Styling the latest Rio was a joint effort by Kia’s design teams in the US and Germany, along with lots of input from experts in South Korea.

It's the biggest Rio yet with a longer wheelbase, and that translates into more room inside. There's a longer bonnet and overhang, a lower roofline, and a more compact rear end.

The ‘tiger-nose’ front grille is narrower and wider, and there are new sculpted headlights with U-shaped LED running lights.

Move inside and the Rio’s leg, head, and shoulder space is among the best in its class, and even the boot capacity has increased by 13 percent to 325 litres.

The on-board technology is neatly designed and ideally positioned for ease of use.

All the connectivity options you could wish for are simply accessed via the touchscreen, and there's a reduction in buttons and switches to give the car a less cluttered appearance.

The latest Rio also features USB ports front and rear to keep all occupants fully charged – another first in class, according to Kia.

All cars are richly-equipped with everything included in the asking price, so there are no hidden costs.

When it comes to safety, the new Rio has a comprehensive list of specifications, and once again, it's the first in its class to offer autonomous emergency braking as part of Kia’s driver assistance systems. It also has lane departure warning – both of which are available on Rio '2' models upwards and as an option on Rio '1'.

Kia describes the Rio as ‘the small car grown up’, and in all honesty, to compete with the big guns in its segment, it needed to have quite a growth spurt. And whilst it's unlikely to make a huge dent in the Ford Fiesta’s sales figures, it is a supermini that certainly has lots to offer.

It's a car that's fantastic value for money, offering low running costs, and a build quality that few others in the supermini class can match. 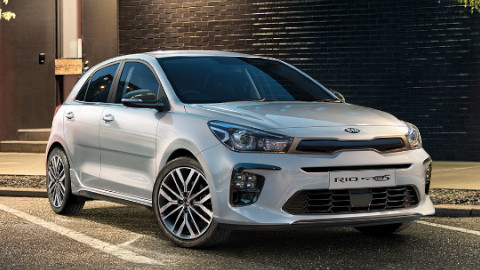 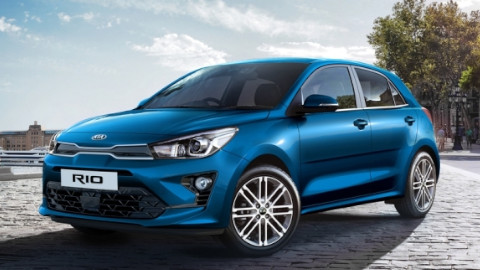