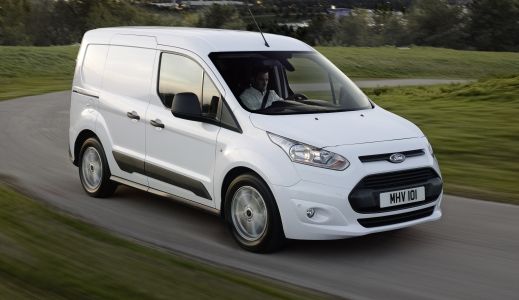 About the Ford Transit

The Ford Transit is arguably the most iconic van on the UK's roads. Famed for being both durable and reliable, the Transit has a long and illustrious history. The first ever Ford Transit came off the production line at Ford's Langley plant in 1965, and quickly became a necessity for small business owners and people looking to move large items. There are famously over a million combinations of options for the Ford Transit, thanks to its huge range of body styles and engines.

The MK7 Transit was introduced in 2006 and there are hundreds of these across the used van market, so anybody looking for a used Ford Transit will see plenty of MK 7 versions. It was technically a facelift to the MK 6 although it looked completely different with a new grille, new lights and a whole host of new items in the cabin and under the bonnet with a series of new, economical diesel engines.

The latest Transit, the MK8, was introduced in 2014 and continues to be a roaring sales success, proving that it is the van to own. There is a new high-tech cabin which is outstanding, and the MK7 is so popular in Europe that it will be sold in the USA for the first time, replacing the Econoline.

Whilst the name 'Transit' is synonymous with vans, there are a number of different shape and size variants within the Transit van range.

The medium sized van in the Transit range is the Ford Transit Custom. This van was introduced in 2013 and immediately recieved the coveted 'International Van Of The Year' award in 2013 thanks to it's excellent handling, stylish looks and excellent pricing structure. The Transit Custom outsold all its rivals in the first few months, meaning that those looking for a used Ford Transit Custom have plenty to choose from.

There is one engine available, which is a 2.2 Duratorq diesel with three power outputs; 99bhp, 123bhp and 152bhp. The gearbox is a 6-speed manual. There are two length and two height variants. The SWB is 2933mm in length, and the LWB is 3300mm in length. The height variants are a low roof and a high roof option.

The Transit Connect is a compact, smaller van in the Transit family and has been around since 2002. There are two versions of the Connect available, the original from 2002 and a second generation which was released in 2014. The van is derived from the Ford Focus, and shares some components.

The first generation Transit Connect comes with a 1.8 Duratorq diesel engine and a 5-speed manual gearbox. There is a short and a longer wheelbase version depending on the size of your payload.

The second generation in 2012 introduced a series of new engines. There was a 1.0 and 1.6 Ecoboost petrol engine although these are relatively rare in the UK thanks to our preference for diesel vans. The diesel powerplant is a 1.5 Duratorq TDCi that is mates to either a 6-speed or a 5-speed manual gearbox.

For those looking to carry extra passangers, the Transit is referred to as the Tourneo, so you can select a Ford Tourneo Connect which adds rear windows and seating.

The Transit Courier is the baby of the Transit family, but this is by no means a poor van. A quality commercial vehicle with plenty of space for a large payload and one that drives like a car thanks to its Fiesta and B-Max underpinnings. First introduced in 2014, the Transit Courier is assembled alongside the regular Transit in Turkey.

A used Ford Transit Courier is available with three possible engines. There is a 1.0 Ecoboost petrol engine, or a choice of two diesels; a 1.5 or a 1.6 Duratorq producing 75bhp and 95bhp respectively. On all three engines, there is a Start-Stop system to reduce overall fuel consumption, making the Transit Courier an economical and enjoyable van to drive.

Not sure what you're looking for?

We know that buying a used van can be a bit of a minefield. There's so much to think about, because your van is your ultimate business tool; without it your business would struggle. It's vital that you get the right van for the job, and know what to look for when you view and test drive a van. That's why we've put together a handy used van buying guide.

We won't be beaten on price.

We check our prices continuously.

We’re confident that you won’t find a like-for-like used Ford Transit van at any other dealer, for less money. If you can find an identical van for less at a Competitor Dealer within 5 Days, we will refund the Price Difference.