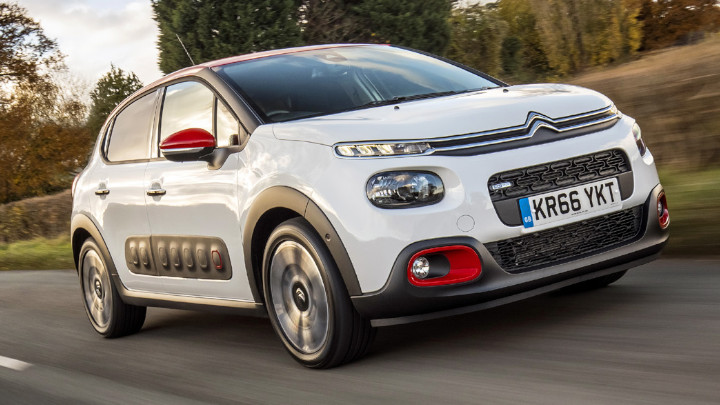 Catching the eye due to its distinctive looks, the Citroën C3's budget-friendly yet well-equipped approach impressed during our first drive review.
View Offers

A car that makes movies on the move is the latest offering from Citroën.

The new C3 hatchback arrived in 2016 and gives drivers the chance to share their journey in real time via social media.

It's the first car on the market to come with a factory fitted dashcam, standard on top grade models, and makes the new C3 a car with a difference – in more ways than one.

Citroën is also making its new baby available with Airbump protectors on the sides of the doors and packing in plenty of personalisation choices, including two-tone paint jobs.

It makes the new C3 a car that’s right on trend and one which will appeal to motorists young and old.

Reasonably priced, the C3 comes with a choice of three petrol and two diesel engines.

The ConnectedCAM is on all top specification Flair trim models and is an optional extra on mid-grade Feel trim.

Fitted on the windscreen behind the rearview mirror is a wide angle HD camera system with a 128 gigabyte memory.

In an emergency, it can capture and store images 20 seconds before and 60 seconds after an incident, but it can also be used to take snapshots or videos along the route.

Drivers can share their images instantly across the likes of Twitter or Facebook via a downloadable App, bringing a new dimension to connectivity on the move.

On the safety front, the dashcam is a valuable aid and has helped the C3 Feel achieve an insurance grouping of 10.

Scoring four out of five stars on the rigorous Euro NCAP safety tests, the car is well kitted with technology including lane departure warning, blind spot monitors, and a reversing camera.

Fresh-faced and very modern in styling, the C3 has a distinctive look – much more angular than the previous two generations and more akin to a baby SUV.

Wheel arch protectors and the Airbumps are stand-out features, but those who don’t want their cars ‘bubble wrapped’ can order ones without the protectors at no extra cost.

Inside, the new C3 is smart and accommodating with almost an inch more legroom in the rear than the previous model, making it much more family oriented.
Chris Russon

Different coloured trim inserts – red, grey, or brown – are available for the dashboard and a contrasting white, black, or red finish for the roof are no cost options.

As with other Citroën models, most functions such as air conditioning and onboard entertainment are controlled from a 7-inch tablet-style touchscreen in the centre of the dash, which reduces the switch count on the facia.

Boot space is 300 litres which is slightly more than the top-selling Ford Fiesta and with folding rear seats that extends to 922 litres.

The most popular version in the 11 model line up is likely to be the 82bhp 1.2-litre 3-cylinder PureTech petrol model, which Citroën claims to be good for 60.1mpg with emissions of 109g/km.

We tried out that engine in a Flair grade C3.

Turbocharged for extra urge, it proved an adequate performer, with a 0 to 62mph acceleration of approximately 13 seconds and a maximum of 104mph.

It deals with everyday motoring without issue, although it needs to be worked through the gears on steep slopes.

It’s a 5-speed manual and fitted with hill start assist and stop/start to help economy. As such, we saw an average of 47mpg.

Overall, it's smart, warm, and friendly, and for a little car the new C3 is big on style, daring to be different as only a Citroën can. Considering its affordable price tag, the C3 made good first impressions and comes with a range of available kit you'd expect to see on more expensive rivals, while running costs are budget friendly too, making it a good option in the supermini segment. 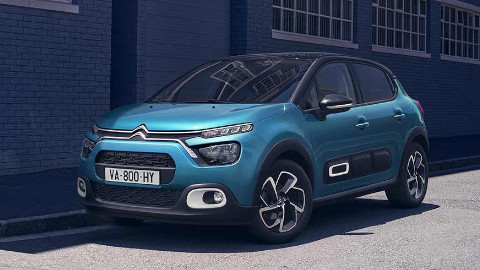 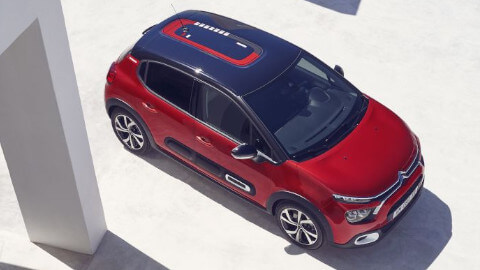 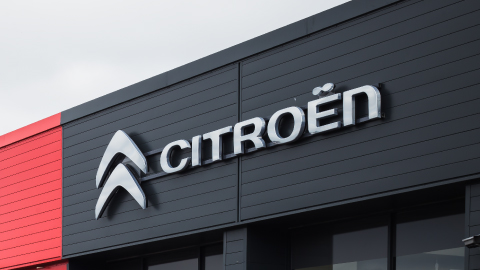 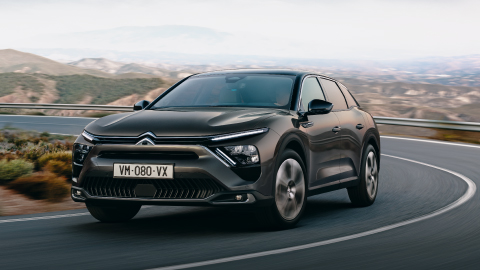