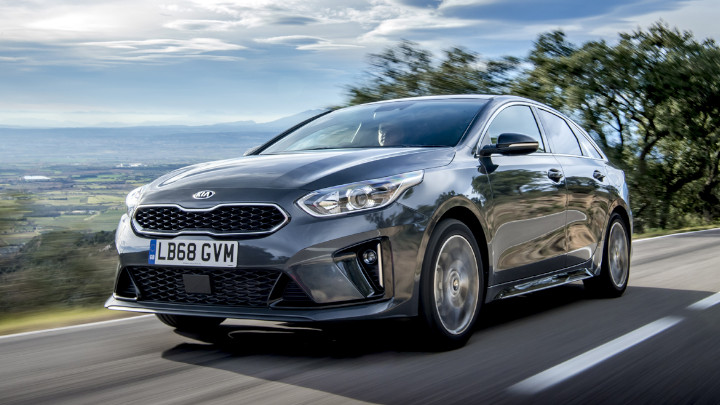 The Kia ProCeed is a car that's very enjoyable to drive, spacious inside, and well-equipped as standard, making it a top choice for day-to-day life.
View Offers

Hot on the heels of the stunning Stinger, Kia introduced another looker in the shape of the new ProCeed.

The ProCeed is the third member and flagship of the new Ceed range and is a very attractive shooting brake that combines all the space and versatility of an estate in a 5-door coupé-like body.

Designed, engineered, and built in Europe, the newcomer shares only the bonnet and front wings of the Ceed hatchback and is offered with a wide choice of engines, transmissions, and trim levels.

The Kia ProCeed received a facelift in 2021, bringing with it a range of updates. A pre-facelift version was tested during this review.

Longer and lower, the ProCeed features the iconic 'tiger nose' grille of its siblings, but its striking looks make it stand out from the rest of the range.

Its raked roofline flows nicely downwards to the rear, which really gives the car its sporting stance.

A wide rear bumper is combined with dual-tip exhausts, and the ProCeed name is spelled out in bold letters below LED tail-lights that span the tailgate to give the car a unique light signature.

Good-looking alloys enhance the sense of sportiness, and a lot of customers will buy this car for its looks alone.

It's very well-priced, and it turned lots of heads in and around trendy Barcelona, where the car was launched.

The cabin shares much with the lesser Ceed hatchback, but that's no bad thing, since it's well-built and features good quality plastics and soft-touch finishes.

The instruments are well laid out and easy to read and use, and there's plenty of space for four adults.

It may be a cracking looker, but the ProCeed is still very practical and versatile with a huge 594 litres of boot space. That's more than many estate cars offer – even from the class above.

Split folding rear seats increase the space when collapsed and an underfloor storage area is provided for smaller items and the load bay has a net to secure items and prevent them rolling around.

A smart power tailgate on the flagship model opens automatically when it detects the smart key near it, and it also has a luggage floor rail system.

Offered with a choice of three engines, starting with a 1.4-litre T-GDi unit, which features in a number of Kia and Hyundai models.

That is with the 6-speed manual box, and with the 7-speed auto DCT, it's just three miles an hour slower on top speed, with the sprint taking 9.1 seconds.

Combined WLTP economy figures are 45.6mpg for the manual and 44.8mpg for the automatic.

If it's performance you're after, opt for the 1.6-litre T-GDi powertrain, which only comes with the 7-speed auto DCT gearbox, delivering a top speed of 140mph with acceleration to 62mph in just 7.2 seconds. It has a combined WLTP figure of 39.3mpg and is sure to be popular.

A Drive Mode Select system is fitted to the cars with the DCT transmission. The Normal setting maximises the potential for fuel efficiency and relaxed driving, while Sport mode enhances throttle response and adds weight to the steering.

I sampled all of the engines in the ProCeed, and they were all happy when cruising at motorway speeds or being pushed on winding country roads.

The steering is sharp and accurate and the ride supple with stiffer front and rear springs providing increased body control. It's agile and stable even under hard cornering, and is a match for many hot hatches.
John Murdoch

The dash is dominated by a floating 8-inch touchscreen which is easy to operate, and all three trim levels offer generous kit.

It boasts all the latest safety and advanced driver assistance systems, as well as its bold sporty design.

The GT model adds larger alloys, LED headlights, and half-leather-suede seats, along with its larger engine.

The GT-Line S model is the most expensive but for that you also get a longer list of goodies including a panoramic sunroof, adaptive cruise control, bags of other safety aids, a premium sound system, a self-parking function, privacy glass on the rear windows and tailgate, a high gloss black and satin chrome radiator grille, and other styling touches.

All models feature a good navigation system along with Apple CarPlay and Android Auto. The top model also has wireless mobile phone charging.

The Kia ProCeed is a hugely attractive alternative to standard hatchbacks or estates, and it brings a dash of style to a mainstream segment. It really is in a class of its own, and is sure to be a popular choice for many.

Mixing the usual Kia build quality with a splash of performance, it's one of the most exciting Kia models to drive while also being highly practical and fantastic value for money. 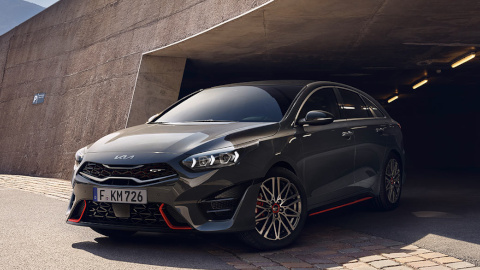 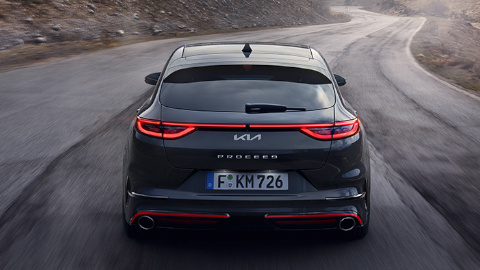