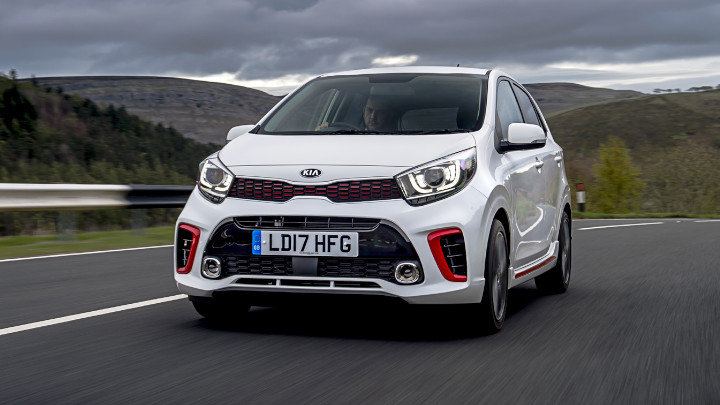 The latest Kia Picanto proved it's a small car with big character, performing well when faced with a variety of tasks during our first drive.
View Offers

Small cars have to be big on everything these days, and Kia’s new baby Picanto is bursting onto the scene, packed with plenty.

With more and more motorists demanding a big car experience whatever they drive, bargain-basement models are out.

What’s in is style, comfort, and connectivity – performance is welcome but not essential.

So, ushering in the third generation Picanto, Kia has gone for smart new looks and trendy technology all round.

A touchscreen display complete with sat nav and smartphone compatibility is part and parcel of the new Picanto GT-Line S range topper, and so is emergency braking, heated seats, and even a heated steering wheel, while all versions of the latest Korean mini car have torque vectoring control to aid handling.

In the little car sector that’s a lot and the latest Picanto remains right on the money and is priced very competitively.

It's slightly more expensive than the previous model, but what you get with the newcomer is a sea change on all fronts.

The new Picanto is available in multiple trim levels including 1, 2, 3, GT-Line, and GT-Line S – and the latter two grades will appeal to a younger audience.

With sporty features such as coloured trim inserts, an aggressive nose, and some garnish in the front grille, the Picanto will turn a few heads and the GT-Line cars also have twin exhausts and stylish 16-inch alloys.

The GT-Line S tops the range and is particularly swish, including automatic air conditioning, a sunroof, and a high definition reversing camera which makes manoeuvring and parking a breeze.

The other GT-Line Picantos are based on level 2 trim, which means they lack the touchscreen and its associated functions, but still have most of the other extras.

The car looks much more dynamic with an angular design to the front, side, and rear, and boot space has grown to supermini proportions of 250 litres stretching to 1,010 litres with the rear seats down.

Inside, the cabin has been spruced up, comes with an airy feel and high grade versions have a 7-inch full colour display in the middle of the dash.

At 11ft 9.5-ins long, it covers exactly the same footprint as before, but is a fraction higher and the wheelbase has been increased adding a few more millimetres inside for a bit of extra space, especially in the back.

It's now a 5-door model only, and the 3-door option of the previous generations has been discontinued.

Under the bonnet is a choice of three petrol engines – a 1.0-litre developing 66bhp or a 1.2-litre with 83bhp on tap, as well as a punchy turbocharged 1.0-litre engine that offers 99bhp.

While not new, the engines have been updated on the emissions front, with the 1.0-litre now rated at 101g/km and 106g/km for the 1.2-litre with 5-speed manual transmissions.

That equates to official fuel returns of 64.2mpg and 61.4mpg respectively.

An automatic gearbox is available with the 1.2-litre model, and that's rated at 52.3mpg with a CO2 figure of 124g/km.

On the road, the new Picanto feels much sturdier than before and handles with no bad habits. Noise levels inside are well suppressed – much quieter than before – and on the road the composure of the car is nicely refined, especially for a model in this class.
Chris Russon

Improvements to the power steering have elicited more feel and feedback, while the gear change has a positive action which makes it sweet to drive.

During our evaluation – and the cars we sampled had only a few hundred miles on the clock – the 1.2-litre returned an average of 50mpg, with the 1.0-litre showing 46mpg over similar routes.

Both felt willing and suggested they would only get better as the engines loosened up with more miles under their belts.

Pitched against the likes of the Hyundai i10, Citroën C1, and the Volkswagen up!, Kia’s new offering dares to be different – and it’s got just the right amount of street cred to make an impression with drivers young and old.

The Kia Picanto was already a popular choice amongst many, but the latest generation has levelled up in almost every way, offering plenty of handy tech and an enhanced interior space for better practicality. 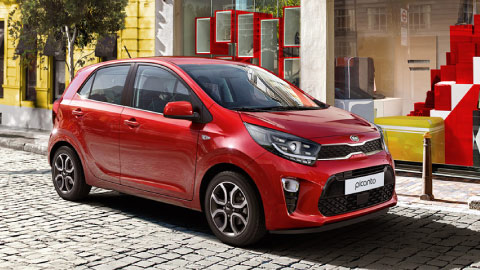 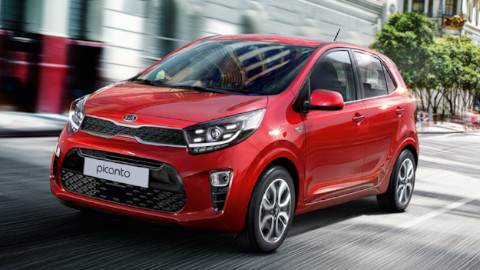