The recent Vehicle Excise Duty (VED), also known as road or car tax)) changes which came into effect in 2017, are now set to be joined by some further modifications for new diesel car buyers from 1st April 2018. We recap all you need to know, along with the new details below.

April 2017 - New rules regarding VED were introduced by the government - which affected anyone purchasing a brand-new car.

The changes including paying a first-year fee dependant on the cars CO2 emissions.  From the second year onwards, a flat rate of £140 is charged in tax. For more information, read our "all you need to know" from last year.

November 2017 -  The government seeks to introduce legislation that tackles air quality issues in towns and cities. Therefore, brand-new diesel cars registered on or after 1st April 2018 will be charged more in tax - if they do not meet the Euro 6 "Real Driving Emissions" (RDE) standards. Currently, this is nearly all brand-new diesel cars. 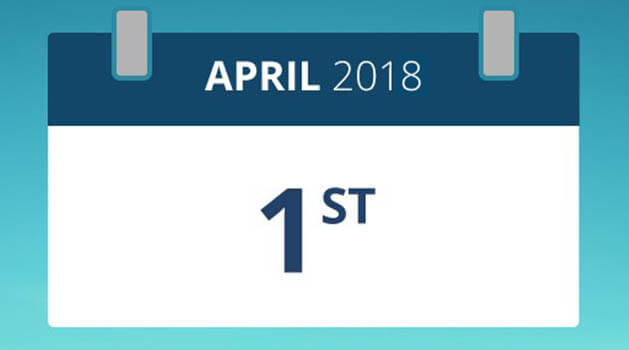 This means that large engine diesel cars which produce more CO2 emissions will be charged a greater amount of tax in their first year.

A car with a larger diesel engine, emitting 132 g/km, would have a first-year tax cost of £200 on the 2017 rates. This would now be £500 if the car does not meet Euro 6 real driving emissions standards.

First year road tax is included in a vehicle's on-the-road (OTR) pricing. After the first year, the standard £140 flat-rate for vehicle road tax comes into force, with a £310 supplement for vehicles with a list price of more than £40,000 (for the first 5 years).

What are Euro 6 Real Driving Emissions?

Euro 6 Real Driving Emissions are in addition to the regular Euro 6 emissions regulations, which state that vehicles should not emit more than 80mg/km of Nitrous Oxide (NOx) in laboratory testing.

Where Euro 6 RDE standards differ is that during testing, the vehicle is driven on real roads. Equipment is fitted to the test vehicle to determine its "real world" emissions, and to meet the standard must not emit more than 1.5 times the current limit of 80mg/km of NOx.

To find out if your new vehicle will be Euro 6 RDE compliant, contact your local Evans Halshaw dealership.

So, what should you do?

To save some money on Vehicle Excise Duty, order your car well in advance of April 1st to give your local dealership time to register it before the deadline and avoid any potential rises in first-year road tax.

Cars costing above £40,000 cost an annual supplement of £310 for a total of five years, from the second year onwards.

Thinking of purchasing a new car? Cars registered before 1st April 2017 are unaffected by the new tax charges. So now is the best time to buy.

As of 1st April 2017, the way in which Vehicle Excise Duty (VED), also known as road tax, is calculated will be changing. Under the new scheme road tax will no longer be calculated based soley on the CO2 emissions, engine size and fuel type of a vehicle.

Cars which are registered from 1st April 2017 onwards will be subject to the new regulations. The only new vehicles which will be exempt from the new tax conditions are cars registered before 1st April 2017, commercial vehicles, HGV's, motorbikes and zero emissions vehicles under a list price of £40,000.

As a result of these changes which are detailed below, cars registered after the 1st April 2017 will incur higher tax rates. If you've been thinking about a brand new car, now is the perfect time to buy and save some money before these new tax changes apply. 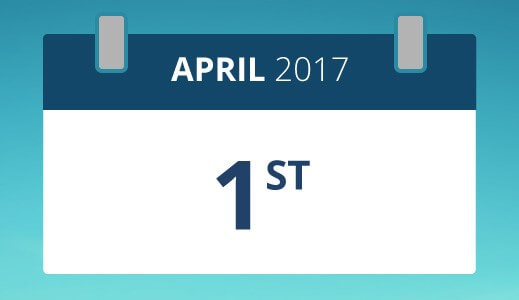 What exactly are the changes and how will they affect me?

Currently, depending on the registration date of a vehicle, the existing system calculates road tax based on the engine size, fuel type and CO2 emissions produced. Owners of vehicles which emit more than 100 g/km of CO2 are required to pay road tax and the more carbon dioxide a vehicle produces, the higher the road taxes will be. However, vehicles which emit under 100 g/km of CO2 do not have to pay road tax.

Under the new road tax scheme, in the first year of registration the charges will be based on the CO2 emissions bandings that are applicable to the car. So if you want to keep running costs to a minimum it's wise to consider vehicles with lower emissions. After the car's first year of road tax, a flat rate of £140 applies. The only exceptions are if the car has a list price in excess of £40,000 or if it has zero emissions and is below £40,000. The table below outlines the differing changes.

The new road tax scheme will operate as a three-tier system indicating which vehicles will be taxed at which rate.

Tier 1: Zero emissions vehicles under £40,000 are exempt from the new tax.

Tier 2: Petrol and Diesel engines with a list price of up to £40,000 and emit 1g/km CO2 and above will be charged at the new road tax rate of £140 from it's second year of ownership.

Tier 3: Petrol and Diesel engines with a list price of £40,000 and above (including electric vehicles) which emit 1g/km CO2 and above will be charged at the new road tax rate of £450 after the first year of ownership for year 2 through to year 5. This charge will decrease to the standard rate of £140 from year six onwards.

The table below shows the standard rate of vehicle tax for cars registered after 1st March 2001 and the road tax bands from April 2017 onwards. 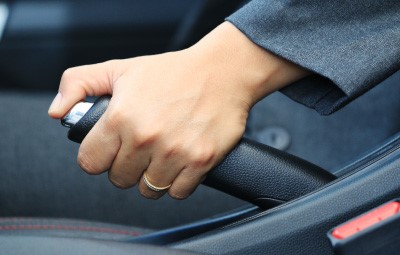 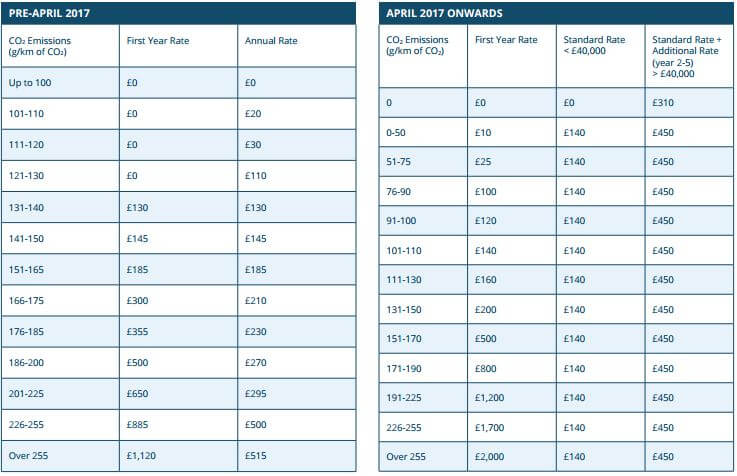 If a new car has been on your radar, we would advise you to act before these changes come into place, that way you will be not be affected by the rising costs. Or, if you haven't already considered an electric vehicle now may be the best time. Read our blog to discover the best green cars you can buy or visit your local Evans Halshaw to enquire.