In this blog we'll take a look at how Vauxhall gave Lotus a batch of standard Carlton models, and how they worked their magic on them to create one of the most unique executive super saloons of not just the 1990s, but of all time.

Costing £48,000 upon launch, it was expensive, yet still more affordable than more upmarket rivals, and even had the performance to embarrass them. Read on to get the unique history of this notorious performance legend. 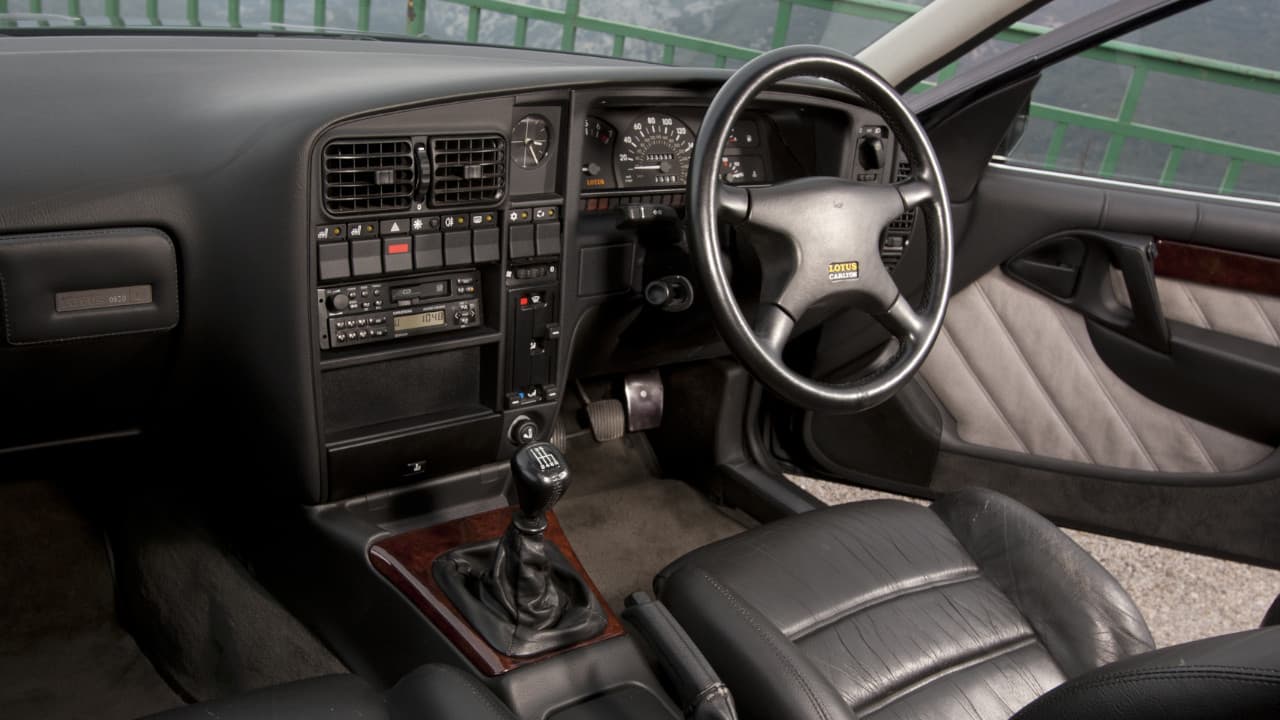 Unlike in more modern times, where car companies have a dedicated tuning and performance arm like that of Ford Performance or Hyundai N, back in the 1980s and 1990s manufacturers would simply ask other manufacturers for help. And with GM (General Motors) owning Vauxhall and Lotus at the time, it made sense to get Lotus in Hethel to breath their performance knowledge on the Carlton.

Not only did Lotus give the Carlton a beefier image, they used the Carlton GSI's 3.0-litre 24-valve straight-six and increased it to 3.6 litres, and then set about adding enhanced pistons, crankshaft, connecting rods, intake and exhaust. And if that wasn't enough, they also decided to add some more spice with a pair of turbochargers for good measure. This gave the car 377bhp and ensured 0 to 62mph took just over five seconds, with an official top speed of 174mph, although it's widely known they can see 180mph plus. For 1990, this put the Lotus Carlton in supercar territory.

Sure, the interior was a bit dull, with typical '90s Vauxhall plastic-ness, albeit now with Lotus written on the dials and steering wheel, instead of the griffin. Interestingly, brown wood effect was even left around the gear lever, which doesn't exactly scream performance, but adds some ironic character for good measure.

People wanted to ban it

With eclectic enhanced power and the single carriageway speed limit coming up in circa five seconds, the 'super saloon' Vauxhall Lotus Carlton had its enemies, as much as it did fans.

The UK government took notice after its exploits in high performance and questioned whether mere mortals should be allowed to use the car on UK roads. Even multiple tabloids, most notably the Daily Mail, launched a campaign to try and ban it.

Any car that can annoy the Daily Mail whilst also rustling feathers within the government is sure to raise smiles here and there. And with social media none existent in 1990 and the country seemingly penniless, a car creating drama only ensured the Carlton's notoriety became even more legendary. 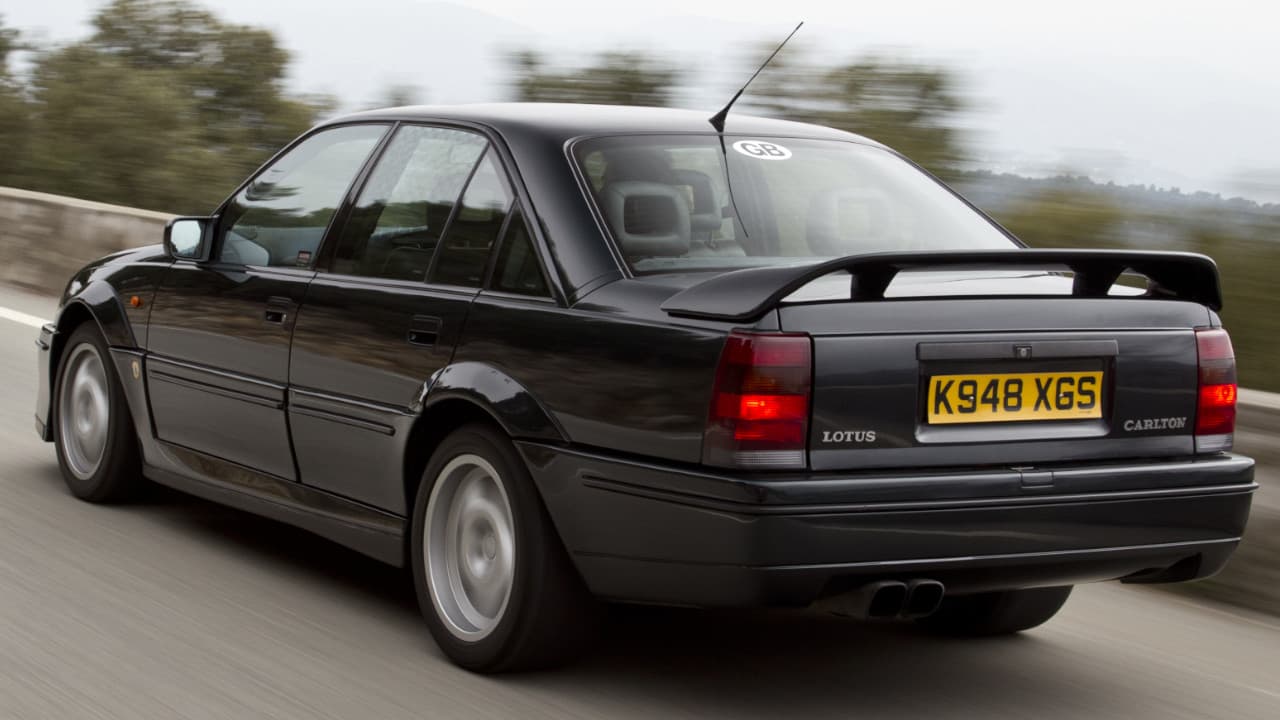 If annoying the government, and giving the tabloids something to fixate on wasn't enough, more notoriety came for the Vauxhall Lotus Carlton in the form of being the ultimate getaway car.

The most famous story is that of the legendary '40 RA', which was the private plate assigned to a certain Vauxhall Lotus Carlton that was stolen in November 1993 in the West Midlands. The car was then used in ram-raids, getting away with thousands of pounds worth of cigarettes and alcohol. It's said that the gang even ram-raided a shop opposite a local police station, as they knew the performance of the Lotus Carlton would see them away with no problems.

Police never caught up with the ram-raiders as they simply couldn't keep up with the supercar-baiting super saloon. Even the police force themselves pretty much admitted defeat with West Midlands' PC David Oliver expressing: "We simply haven't been able to get near the thing, and it looks unlikely that we ever will." 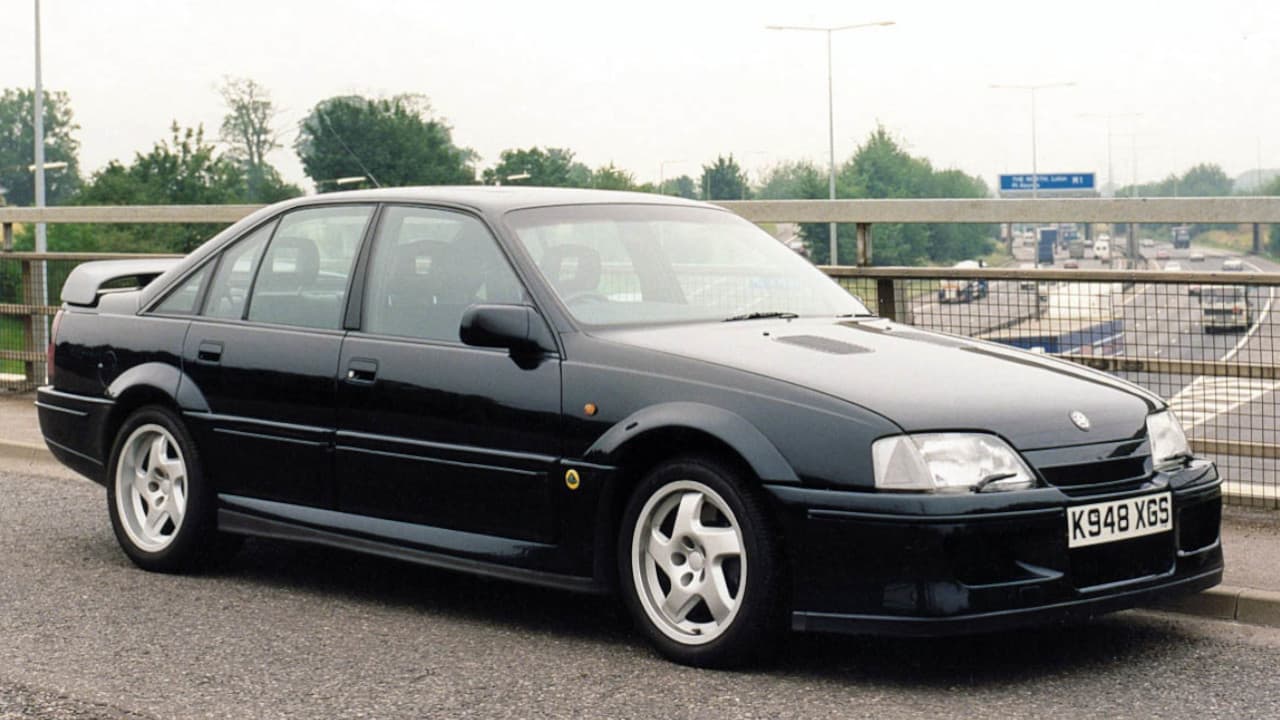 The Vauxhall Lotus Carlton wasn't exactly a major sales success; the UK only saw 286 examples (according to Vauxhall Press). £48,000 is expensive today, so in 1990 at the time of a recession, it wasn't exactly going to fly out the door - even if its performance could.

The car has a massive following today, and it's nice to see '40 RA' is back on another Vauxhall Lotus Carlton, suitably in the hands of the original owner who had the original '40 RA' stolen back in 1993.

With electric cars becoming more and more popular, crazy creations like the Vauxhall Lotus Carlton will never be repeated. Sure, the likes of BMW, Mercedes-Benz and Porsche may well continue to create super saloons, but back in the 1990s Vauxhall wanted a piece of the action, and it's unlikely that they'll repeat such a feat again.

Crazy moments like this remind us of when Renault decided to dump a V6 in a Clio creating the Clio V6. Both the Carlton and the Clio showing us how they made little sense, but we can be glad that they exist. 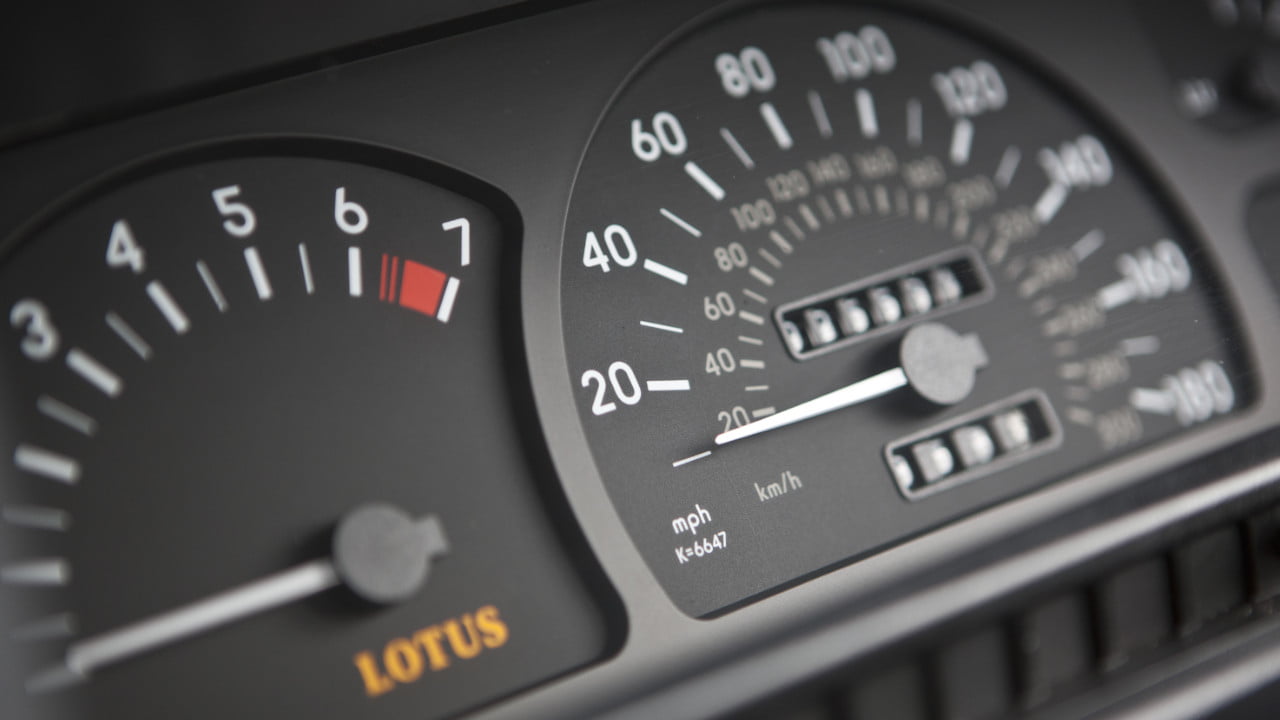 Lotus continues to produce properly fine-tuned high performance sports cars, but they are more about light weight and poise, rather than the sledgehammer nature of the Vauxhall Lotus Carlton.

And what with Vauxhall no longer producing VXR models, and manufacturer collaborations a thing of bygone eras, people will pay big money for nostalgia and interesting models from yesteryear.

With 'Imperial Green' the only Vauxhall Lotus Carlton colour available to buy, and all the rumours, stories and information dotted all over the internet merely adding to the coolness factor of the car, the very best examples of the Vauxhall Lotus Carlton tend to always sell above their original RRP. Classified adverts at the time of writing are north of £75,000.

Looking at auction history results from the likes of Silverstone Auctions from as long ago as 2012, values have been on the rise, like many iconic performance cars. You could find 'leggy' examples for circa £30,000, whilst more modern results show cars fetching north of £50,000.

Although it's unlikely we will ever sell a used Vauxhall Lotus Carlton at Evans Halshaw, we still have plenty of other new and used Vauxhall models, including performance versions for sale via our portfolio of Evans Halshaw Vauxhall dealerships.

Or if you enjoyed this blog, why not take a look at our dedicated blog section for more stories, buying guides, owner's guides, history and insight pieces. 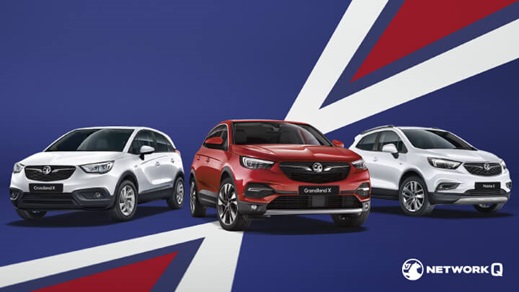