Are you guilty of using your mobile phone behind the wheel? Answering a phone call, sending a text or even checking social media?

As of 1st March 2017 tougher penalties will come into force for those who are found using a mobile phone or hand-held device whilst driving. The new driving law doubles penalty points and fines to 6 points and £200 if you are caught. But why is this so important?

Did you know that 48% of motorists admit to using a phone at the wheel? This is a concerning percentage of people considering that it is currently an offence to do so. The same rule applies whether you are using it while stopped at traffic lights or queuing in traffic. This is regardless of whether you are following a map, responding to a message or having a chat. Any interaction with your phone while driving is against the law.

From 1st March 2017, the penalty for using a handheld device when driving will increase with the penalties doubling:

For learner drivers and those who have had their licence for less than two years, receiving 6 points will result in being disqualified from driving and having to retake their test. 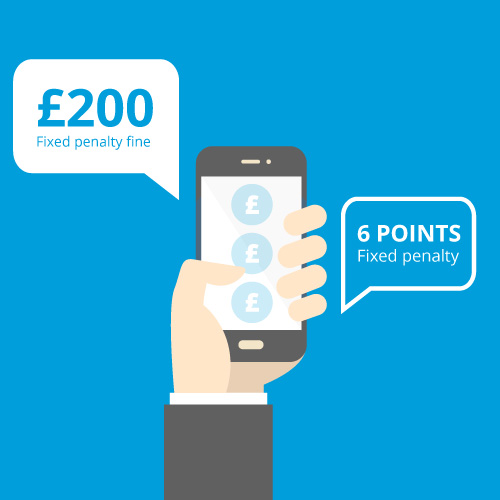 These changes have come about as an outcome of raised Government concerns regarding the dangers posed by 'text driving' and the recent results from the 2016 RAC Report which outlined the following statistics:

These are shocking statistics considering that the only time it is acceptable to use your mobile whilst driving is in the most extreme of circumstances; if you need to dial 999 or 112 in an emergency and if it is unsafe to stop. If your car is parked in a safe location such as a car park, with the engine switched off you can use your device.

However, using your mobile phone in any other circumstance is illegal and unsafe.

The increased penalties have been introduced with the hope of them acting as a stronger deterrent, making drivers aware of the risks this poses to road safety and the potential severity of resulting consequences. According to AA Charitable Trust, there has been a 24% increase in accidents caused by mobile phones since 2011.

Why is it so bad to use your phone behind the wheel?

Using your mobile phone can affect your concentration and significantly reduce the control you have over your vehicle.

Charity Brake has highlighted some of the key facts:

Use your phone behind the wheel? You don't want to pick up 6 points. Think again. 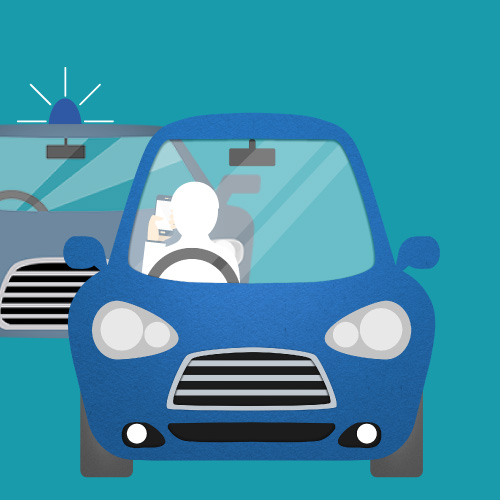