Evans Halshaw hosted yet another brilliant Car Café event this August 2017, on Saturday 5th at Neway House car park in Annesley, Nottingham. A fantastic array of BMW M cars from several generations were eager to get set-up before the event started at 8:30am, creating a neat line of their legendary M cars before proceedings got under way.

Shortly after a stunning selection of supercars from the world’s most renowned manufacturers rocked up. McLaren, Porsche, Lamborghini and Ferrari models could be found throughout Car Café including an awesome Lamborghini Huracan with a striking wrap which changed colour depending on which angle you looked at it from.

Bold colours featured heavily on the supercars, as a bright orange McLaren 570S turned heads. Thanks to its 3.8-litre V8 engine, this ultra-impressive McLaren can accelerate to more than 200mph! Not exactly bold, a menacing McLaren 675LT Spider was lurking across the other side of the car park. Only 500 have been produced, it was great seeing a rare car like this make it out on a warm, sunny Saturday morning.

The Porsche brand was well catered for, thanks to a trio of incredible models from its 911 range. A 911 Turbo S in bright yellow could easily be spotted, alongside a purposeful looking white 911 (991 Generation) GT3. Later at the meet, these were joined by the incredibly track focused range topping GT3 RS.

The RS has developed a status for being able to produce incredible lap times whichever race track it attempts, it is essentially a race car for the road. With a huge rear wing, massive performance brakes and ultra-grip tyres – not to mention a masterpiece 4-litre flat-six engine producing 493bhp, and various weight saving initiatives the GT3 RS was a stunning appearance to the Car Café meet.

It wasn’t just supercars. A collection of classic Fords took over a corner of the car park to the delight of many. Bold colours and pristine paint ensured these examples were well appreciated by fellow petrol heads alike. Unique motors were lurking everywhere. A funky Jeep Wrangler, Renault Clio V6, Lexus LC 500, Dodge Challenger SRT 8, Datsun 240Z and Lotus Exige 380 ensured the August 2017 Car Café meet was a glowing success!

Take a look at the gallery to see the awesome cars for yourself. 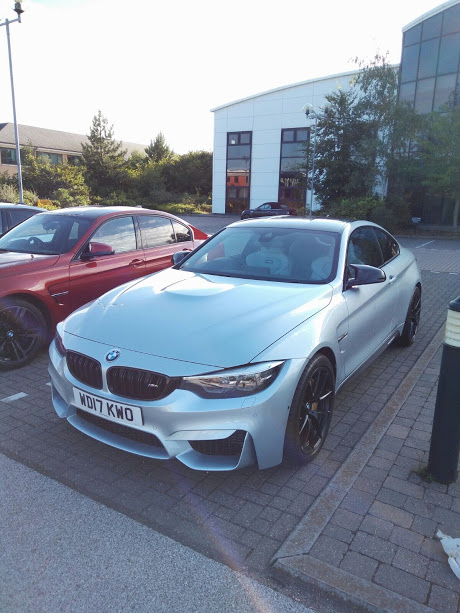