This week's Rewind! has a French feel to it as the innovative Renault Megane Scenic stormed to victory in the 1997 European Car of the Year Awards. However, as always, we'll start by recapping what else happened in that year.

I was a big year for TV as the final terrestrial station was launched, Channel 5. BBC also had a good year as the Teletubbies hit the screen for the first time and instantly became one of the most popular children's shows of all time. It was a year to remember for British cheesy music fans as Katrina and the Waves won the Eurovision Song Contest for the UK, the first time since 1981. 1997 was also the year JK Rowling became a household name as Harry Potter and the Philosopher's Stone lined the shelves of books shops all over the country. In slightly less serious matters (politics), Tony Blair led the Labour party to victory over the Conservatives in the general election. Finally, we always add something to do with sport in our Rewind post so here we go, 1997 saw the opening of Bolton Wanderers' Reebok Stadium and Sunderland's Stadium of Light.

Right, now on to the car review...

This isn't the first time Renault has featured in our Rewind! feature, in fact this isn't even the first time a Renault Megane has been the focus of the article. If that isn't a sign of the strength of the model, I don't know what is. The Renault Megane Scenic didn't only beat is competitors to win the European Car of the Year award, it battered them! It scored a colossal 405 points, 112 ahead of the second placed car, the Ford KA. The Megane's main asset was its variety of body styles, and it was the Scenic model which proved the most popular. The Scenic was considered a 'standalone model' as it was the first small MPV to hit the market. Voters fell in love with its clever and practical approach as it was described as the perfect family vehicle.

This French fancy scored heavily thanks to its reliability. Its popularity has continued to grow as the model is still in production today. Renault initial underestimated how popular the scenic was to become, the manufacturer started by producing only 450 a day, however increasing orders meant the Douai plant peaked at just under 2500 vehicles a day. Without doubt the Renault Megane Scenic is one of the most impressive cars to be featured in Rewind! 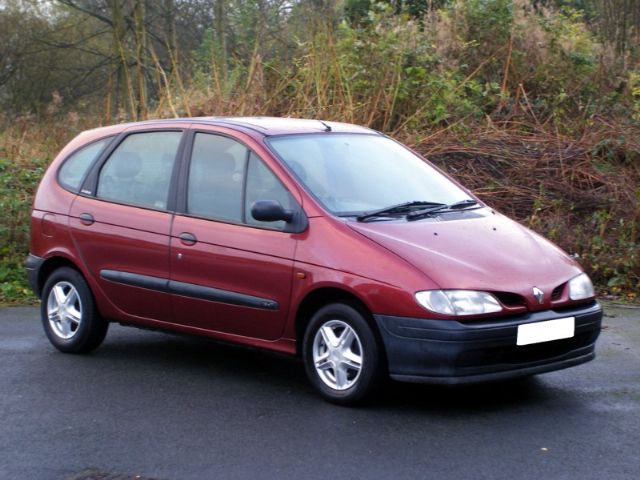