Like all Rewind posts, we start by re-capping a few of the events in the year. But to start this issue, we have listed some of the amazing blockbuster films in 1995 as they seemed to dominate the press that year. Die Hard: With a Vengeance, James Bond: Golden Eye, Apollo 13, Pocahontas, Se7en, Jumanji, and Casper were all released, and grossed well over £250m worldwide each. Other events from the year included Stephen Hendry winning his fifth world snooker title, and Michael Jackson having a Christmas number one with The Earth Song; now to the car review.

Europe's top selling car for a number of years, the Fiat Punto was extremely popular amongst first time buyers. In fact, the Fiat started producing the Punto back in 1993 and Fiat still manufactures it today. Stylish and practical, it was easy to see why the Punto scored so heavily when it won European Car of the Year in 1995. However, the win wasn't as comfortable as you may think as the Volkswagen Polo also performed well, losing out by only 78 points.

The Punto was created with a verity of potential customers in mind. Available with a 1.1L, 1.2L, 1.4L, 1.6L or 1.7L engine, and 5 or 6 speed gearbox, it had good acceleration and was economical on fuel. Twenty years on, the award winning model is still commonly seen on the streets today, and considering it got its fair share of criticism regarding reliability, this helped argue against that. Available in different models such as the sport, GT and convertible, Quicks deem the Italian supermini a deserved winner. 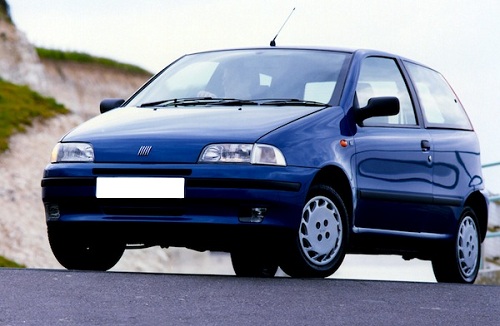