It's Thursday, well it is if you're reading this post when it first went live and that can mean only one thing, it's time for Rewind! In this week's addition we go back 22 years find out which car was taking the Europe by storm. But first, as always let's recap what else happened that year.

Two Saturday night classics debuted in 1991 as Noel's House Party and Big Break both had families huddled around their TV sets laughing at immature antics. It was also in a big year in the film world as Terminator 2: Judgement Day grossed over $500m worldwide. Also, super cheesy Robin Hood Prince of Thieves quickly became a family favourite where we all found out that the famous Nottingham outlaw actually had an American accent, who'd have thought? However, it was with music sales where the film made the most notable impact as Bryan Adam topped the charts for a record 16 consecutive weeks with (Everything I do) I do it for you, the film's soundtrack.

Despite the music industry having some highs during 1991, it also has a very sad moment as the world said goodbye to the great Freddie Mercury. He was best known for being the front man of the band Queen and has been called one of the most influential musicians of all time.

We finish our review of the year with some sport. It was success on home soil for Nigel Mansell as he won the British Grand Prix. But the Brit had to settle for 2nd in the driver's championship as Ayrton Senna claimed his 3rd and final world title. It was also an exciting time on the other side of the Atlantic for the Minnesota Twins who beat the Atlanta Braves in game seven of Baseball's World Series.

It's getting quite regular that we talk about Renault, and we're at it again. It's the turn of the Renault Clio this week as it stormed away with the 1991 European Car of the Year title. This versatile little motor was chosen to replace the long-standing Renault 5, and what a decision that proved to be for the French manufacturer. The Clio was the first of its kind as it showed you could still have adequate storage space in a car without owning a saloon or an estate. After scoring highly thanks to displaying safe and enjoyable road behaviours, it was also complimented on the power of its 1.2L and 1.4L engines compared to competitor models.

The attractive and modern appearance of the Clio showed car buyers that you can have a stylish car at an affordable price. This lead to a large volume of sales in a difficult recession hit period. 22 years on, the Clio is still being manufactured today and is more than holding its own in the market! 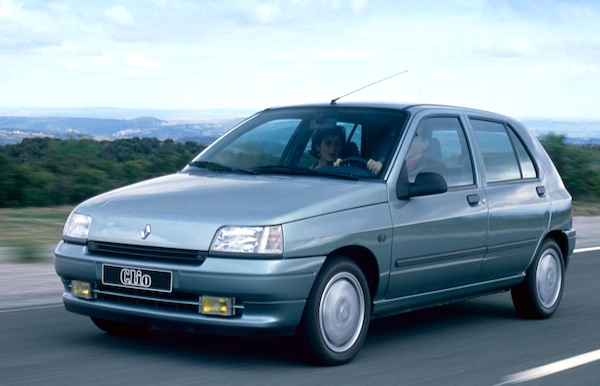