Ford are marking the 50th anniversary of the Steve McQueen ‘Bullitt’ film in some style. Unveiling a brand-new Ford Mustang BULLITT at the 2018 Detroit Motor Show.

This limited-edition Ford Mustang BULLITT is the latest incarnation of the Mustang, featuring a beefy 5.0-litre V8 engine and will feature the same Highland Green Paint as the original movie car, or Shadow Black if preferred.

The legendary V8 has been upgraded to deliver 458bhp, up from 444bhp. This has been done by a new induction system, joined by upgraded throttle bodies and the ECU has been given a beefy remap to help deliver more horses.

A proper manual six-speed gearbox is the only transmission available, and the Ford technicians have worked their magic with the exhaust to deliver an angrier exhaust note. Brawny 19" wheels finished in black with a silver lip mirror the original, which are also wrapped in Michelin Pilot Sport 4 tyres.

Subtle enhancements and features are apparent on the interior too - especially the white cue ball gear-knob. Buyers can spec leather seats with contrasting green stitching or opt for a pair Recaro bucket seats as an option.

The whole car is rather understated and effortlessly cool - just like McQueen. With only 140 examples available for the UK market, we expect this particular version to sell-out fast. 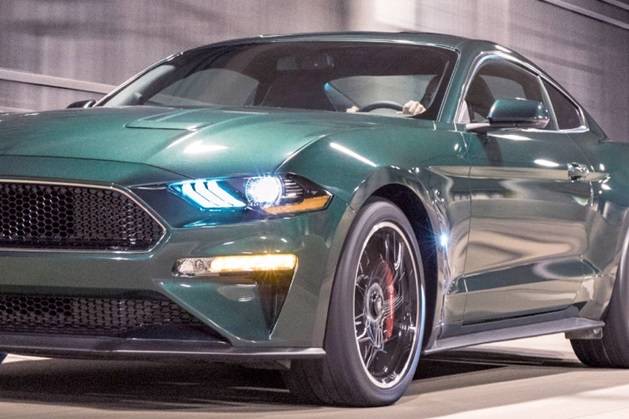 If you are unaware, the American Thriller film - Bullitt (1968) was released fifty years ago. It starred 'The King of Cool' Steve McQueen - a legendary actor of yesteryear.

McQueen played the role of Frank 'Bullitt', a San Francisco cop. The film is celebrated for its now legendary car chase, where McQueen drives a now iconic '68 Highland Green Ford Mustang, in pursuit of some mobsters.

The chase itself is deemed as one of the greatest ever to hit the silver screen, as nothing like it had been done before. As with most hero cars, the Mustang went onto become a legend.

The fact it was driven by arguably one of the most famous film stars ever in Steve McQueen only enhanced its presence. With Ford now offering a celebration of the movie car fifty years on, is bound to be a popular hit with Mustang enthusiasts and of course the legendary actor, Steve McQueen. 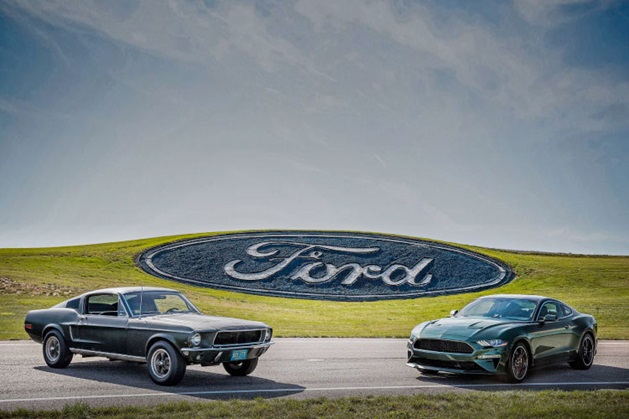 Each of our Ford Stores will have a strict allocation of two examples of the Ford Mustang BULLITT.

Contact your local Evans Halshaw Ford Store today to avoid disappointment. This promises to be one of the most highly sort-after Fords in recent years.