Change
Wayne Wilson, Dealer Principal at Evans Halshaw Peugeot in Doncaster has personally raised more than £1,500 for Cancer Research as a result of two charitable events in which he participated in.

The money raised for Cancer Research was in memory of Wayne's Grandmother, who passed away due to bowel cancer when he was 16, he said:

"She was a brave woman who was a real inspiration to me, and that was the first time in my life that I had observed or seen anyone fight this horrible disease. She underwent an operation to fight the disease, but six months later it came back, affecting her major organs and she unfortunately passed away in a two-week period. I did both the Great North Run and Ultra White Collar Boxing in her memory."

Earlier this year, Wayne completed the Great North Run half marathon in and raised a substantial amount of money to donate to Cancer Research. Due to the successful outcome of the marathon, Wayne has opted in to run the Great North Run for a second year in 2018 with his wife. 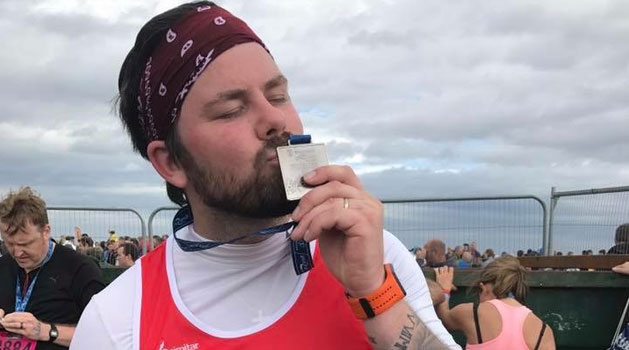 In addition to participating in the Great North Run half marathon earlier this year, Wayne also competed in an Ultra White Collar Boxing match. Ultra White Collar Boxing sees complete beginners undertake eight weeks of gruelling training before facing a competitor of similar experience and weight. The unique opportunity is dedicated to raising money for Cancer Research UK as well as encouraging individuals to get in great shape by doing so.

As well as raising a significant £1,580, the two fundraising efforts also had an additional benefit for Wayne - his challenging training regime saw his weight plummet from 17 stone to now 14 and a half stone.

Wayne is celebrating ending the year on a high, and is proud of all his efforts he has made to raise a significant amount of money for such as meaningful cause.