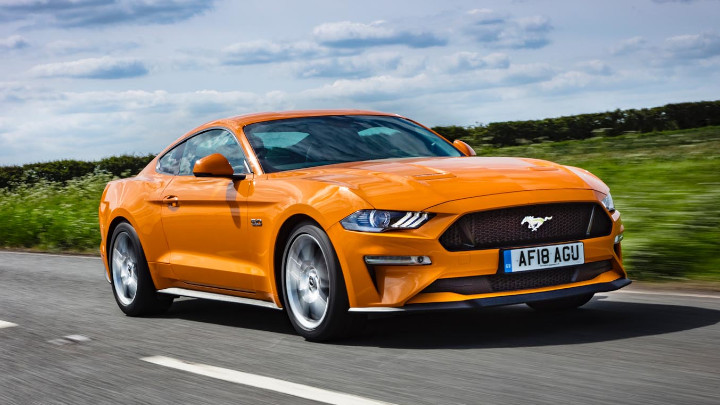 The Ford Mustang is an automotive icon, and its latest guise lives up to the nameplate with its hearty powertrain and exciting drive.

The Ford Mustang is an automotive icon, and its latest guise lives up to the nameplate with its hearty powertrain and exciting drive.
View Offers

I wouldn't normally rattle on with great enthusiasm about a car’s track performance, but the latest Ford Mustang has a new ‘Drag Strip’ mode and with the prestigious Santa Pod raceway set as our destination, where else could I start?

Santa Pod raceway near Wellingborough in Nothamptonsire was established in 1966 and over the years has built up a reputation as one of the world’s most popular venues. So, what better place to try out the all-new ‘Drag Strip’ mode on the Mustang?

I was paired up against colleagues and lined up at the start, revs topping the 2,000rpm mark with left foot firmly planted on the brake pedal – most unnatural in an automatic.

Then, as the series of lights changed to green, we blasted down the track at breathtaking pace.

The gear shifts sent another surge of power through the car and the 100mph marker was soon surpassed, with the finishing line some way ahead.

My time was just over 13 seconds for a distance of a quarter of a mile. So, in conclusion, it would be fair to say the ‘Drag Strip’ mode works pretty effectively.

The new Mustang muscle car in 5.0-litre V8 guise now boasts even more power delivering 444bhp which is an increase of 37bhp, and it can be mated to a new 10-speed Selectshift automatic gearbox which results in a 0 to 62mph sprint time of just 4.3 seconds and top speed limited to 155mph.

Track aside though, and back to the real world, the new Mustang really is the complete package and even has a reasonable entry price with the lower-powered 2.3-litre EcoBoost models.

There's the new Drag Strip mode as I mentioned, but there's also the Quiet mode in the latest Mustang, and that means you can leave your house early in the morning and return home late at night without falling out with your neighbours.

The latter is also new to Mustang buyers, who can select their own preferred settings for performance, driving dynamics, and exhaust sound.

As well as driving the Mustang at Santa Pod, I took the car on an extensive road route that included plenty of long, winding country lanes where it could be unleashed a little.

I was driving the V8 model with a 6-speed manual gearbox, and it was a true thrillseekers dream.

The road holding was ultra grippy and the steering beautifully precise, so bends really could be attacked with confidence, and it’s on these types of roads where the new MagneRide set-up comes into its own, offering improved body control.
Maxine Ashford

The car is also deceptively agile and can easily weave through busy traffic, although extra care is necessary as the rather small windows limit all-round visibility a little.

Motorway driving is effortless and actually quite relaxed with surprisingly good comfort levels.

This is partly achieved thanks to 6-way powered seats to help find the perfect driving position, and that means long journeys can be completed without any moans and groans as you exit the car.

However, there is the running costs to think about. Combined fuel economy was 22.7mpg, although in reality the figure will likely be below 20mpg and carbon emissions are high at 277g/km.

That will mean regular trips to the filling station, where the pumps will need to be given a wide berth due to the length of the Mustang’s doors.

The facelifted car looks more dynamic thanks to a number of subtle styling upgrades, and it's available in multiple colours including Orange Fury, which is proven popular so far.

Other enhancements include a revised grille, a lower bonnet with integrated scoops, a front splitter, and revised light clusters that now include the tri-bar effect LEDs as standard.

At the rear, the lights have also been revamped, and the bumper has been tweaked. There are also new wheel designs to select from.

Move inside and the main upgrade of note is the instrumentation cluster – a new 12-inch digital display replaces the outgoing traditional dial set-up and this can be configured according to the selected drive mode.

Boot space is okay too with a 408-litre capacity, and there's a glovebox, door bins, and convenient cubbyholes scattered throughout the car.

It may seem that the Mustang is the perfect car, with outstanding driving credentials and a booming exhaust and engine soundtrack to match, but it’s not without its flaws.

For example, some of the switchgear feels a little flimsy and there's some hard plastic that rather lowers the standard a little.

Rear passenger space will be reserved for your worst enemies as it is so limited – but, in fairness to Ford, that's the case in most similarly designed cars.

Also, on a negative note, the Mustang scored poorly when it was tested for its Euro NCAP rating scoring just two out of a possible five stars, although Ford has since introduced a raft of safety improvements to address that.

At the end of the day, gripes aside, there are few cars that look and drive as well as the Ford Mustang and carry such an attractive price-tag. And for that reason, sales are soaring.

There have been thousands of Mustangs sold in the UK since its launch here in 2015, and the car in 5.0-litre guise has been the top-selling V8 sports car in Britain.

Factor in more power, revised styling and improved handling and the Mustang’s popularity is sure to increase even further. 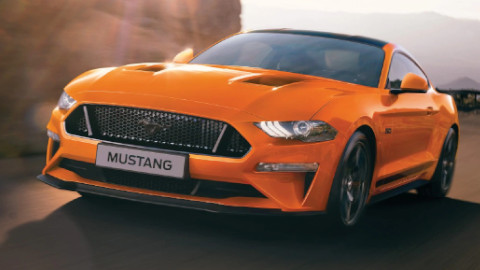 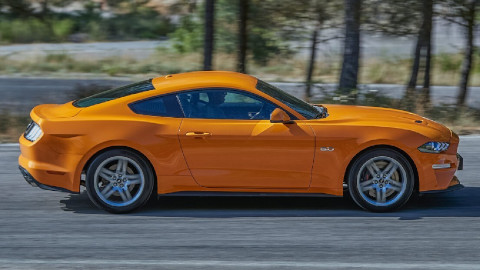