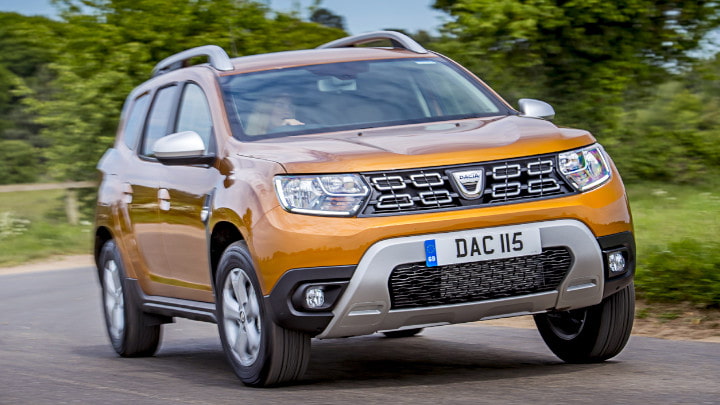 Tested both on and off-road, the cost-effective Duster proved to be yet another Dacia that punches well above its weight.
View Offers

‘Another one drives a Duster’ has been a snappy phrase for Dacia and now there’s a new model on the way that's still reasonably priced.

Value for money has been the name of the game for the Romanian arm of Renault since it first came to the UK five years ago, and while the new Dacia costs slightly more than its predecessor, it remains the most affordable full-blown SUV on the market.

The latest Duster may look familiar, but it’s all-new – every body panel has been changed – and looks right up-to-date, appearing wider and more purposeful.

Having just sampled the new front-wheel-drive Duster in mid-range Comfort grade powered by the SCe petrol engine, I can confidently say what you get is a bargain in anyone’s book.

It was introduced with just two engines on offer, a 1.6-litre petrol and a 1.5-litre diesel, both developing 115bhp.

With four trim levels and two and four-wheel drive set-ups, there are ten models in the new range to choose from.

What impresses is how quiet the new model is when on the road, and noise insulation is of the highest order with additional sound proofing and thicker glass.

Officially, the car is rated at 43.5mpg, and we managed to notch up a credible 42mpg without trying. The engine is mated to a 5-speed manual box that feels well suited to the car.

Emissions are 149g/km and with a 0 to 62mph acceleration of around 11.9 seconds and a theoretical maximum of 107mph. It will also handle motorway work with ease and pull a trailer of up to 1.4 tonnes.

Off-road, the Duster is a capable performer, as was demonstrated on a technical course where we put a four-wheel drive diesel version to the test using its hill descent control and switchable four-wheel-drive set up to the full.

At 14ft 3ins long, it's a proper-sized SUV, and comes with more than eight inches of ground clearance. Wading depth is just over a foot and the Duster has a good approach angle of 30 degrees and 34 degrees at the back.

Equipment includes a 7-inch touchscreen that's slightly angled towards the driver, sat nav, and a rearview camera, as well as a smartly finished interior and new side curtain airbags to boost safety.

There’s also more kit on board in the form of keyless entry, automatic headlamps, climate control, and a multi-view camera system, although you’ll have to splash out a little more to get those.

Electronic power steering, heated door mirrors, full Bluetooth connectivity, and voice control are other features, and there’s nothing cheap or shabby about the finish on the new-look interior. There’s also a foldaway armrest on the driver’s seat, air conditioning, a 7-function trip computer, and an eco-mode to help on the economy front.

The cabin is roomy, there’s under seat storage on the front passenger side, and boot space ranges from 445 to 1,623 litres on the two-wheel drive model. On four-wheel drive versions, it’s slightly less at 376 litres to accommodate the extra components which drive the rear axle and an emergency spare wheel, in lieu of a tyre repair kit.

Skid plates front and rear, a neat black separator between the front wing and the doors, and rear lamp clusters that are reminiscent of a Jeep are neat touches that make this the classiest looking Dacia to date.
Chris Russon

It’s little surprise that the Duster has found a loyal following in Britain as savvy buyers grew to appreciate its all-round abilities – not to mention the price. The new model set strong first impressions during our first drive review, with its sharper looks, better interior, and impressive performance set to build on what is already a popular platform. 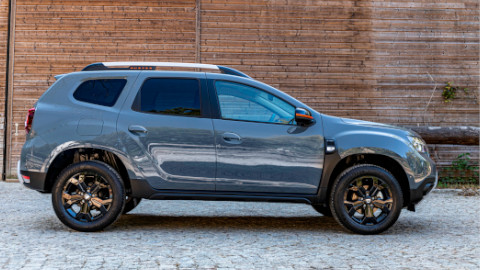 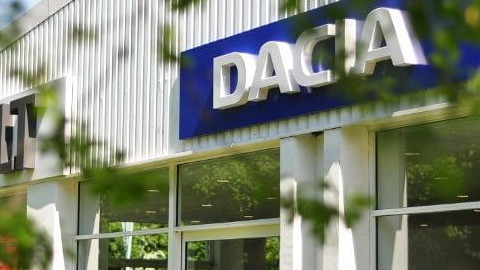