It is fair to say that the French are pretty good at car design. Their models express striking style, clever ergonomics and attractive affordability. From quirky city cars, sleek sports cars, enthusiast hot hatchbacks and ergonomic family cars, whatever you're after, you can guarantee that a French manufacturer has you covered, and has you covered in style.

We take a look at our favourite cars from the three biggest French manufacturers in the form of Peugeot, Citroën and Renault. Expect the unexpected in our top 10 list and see if you agree with our eclectic assortment.

The Citroën DS 3 is now known as DS 3, after the 'DS' brand was turned into its own standalone brand by parent company Citroën. Whether you opt for an older 'Citroën' badged version or a later 'DS' badged version, you will still get all the benefits of this super stylish supermini.

Models are well equipped, with a classy interior and alloy wheels as standard along with an incredible scope for customisation. Models such as the Dstyle Plus come with cruise control, climate control and automatic headlights. Models come as a 3-door only, but offer comfortable space for up to five adults and feature a surprisingly spacious boot with 285-litres of space.

There are also numerous engine options available both in petrol and diesel. For pure performance, the DS3 Racing features 204bhp from a 1.6-litre turbo engine, good for 62mph in just 6.5 seconds. 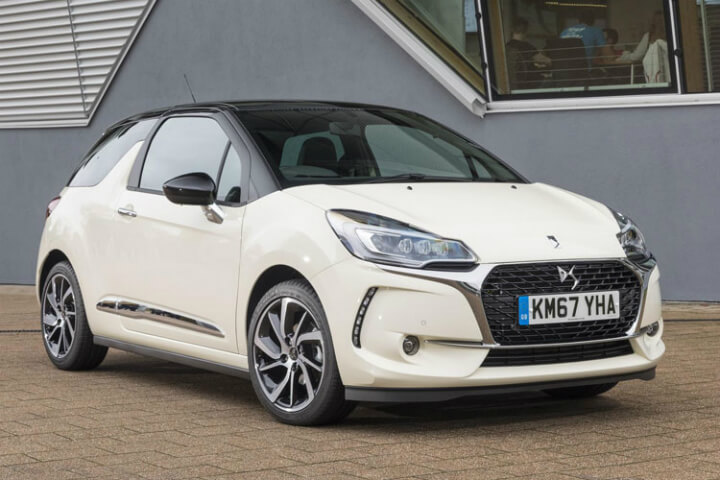 Following on from the legendary Peugeot 205 hatch, Peugeot updated its small hatch with the birth of the popular Peugeot 206. Then came the 207 and now we find ourselves with the latest small hatch from Peugeot, the stylish 208.

It may not be as mainstream as some everyday hatchbacks, but the 208 offers a different answer to buyers looking for a smart, compact, stylish hatchback. Interior quality is also good and the Peugeot i-Cockpit ensures drivers feel everything behind the wheel, giving an attractive driving experience and feel.

Available as a 3 or 5-door, there is a 208 to suit your style and needs. Entry level trim lines, such as the Access even feature premium equipment such as cruise control and body coloured bumpers. The Peugeot 208 GTi may not be as legendary as the original Peugeot 205 GTi, but overall, it's a great all-round 'hot hatch'. 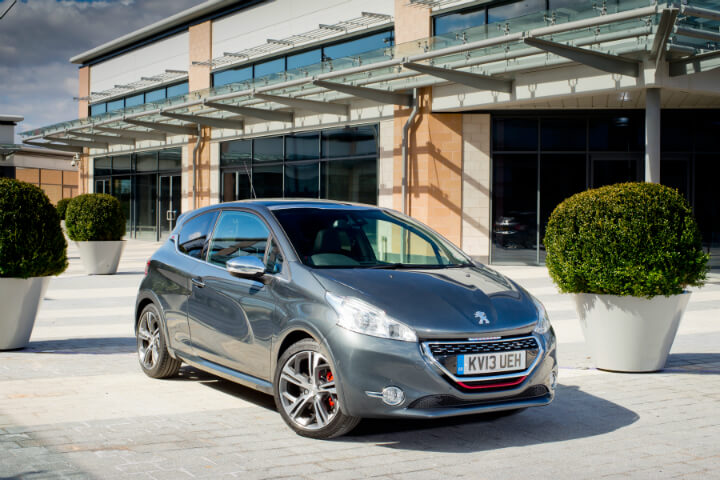 The Renault Megane comes in a variety of different body styles, but remains a hugely desirable car. Most favourable is the hatchback, which offers the best of both worlds in terms of sporty looks and practicality.

The standard Megane is a supremely comfortable car with a good ride quality and confident handling. The interior features a range of tactile and comfortable materials, whilst standard equipment levels are high. All Megane models come with air conditioning, electric windows and heated mirrors as standard.

Don't worry though if the Megane sounds too sensible for your tastes - the engine options have your sporty side covered, thanks to the Renaultsport versions, famed for their incredible chassis and superb handling - a true enthusiasts offering. 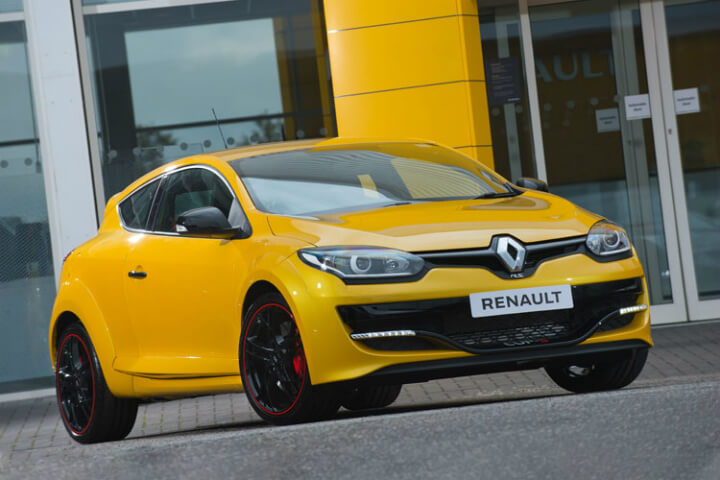 One of the best looking cars on our list, the sporty French coupe once went toe-to-toe with cars such as the Volkswagen Scirocco and Audi TT. The RCZ is one of our top used French cars because of the great drive it offers and the concept-car looks.

The Peugeot RCZ sits low to the ground and looks every bit as stylish as some of the best-selling coupes out there. There is a comprehensive range of engines on offer too, meaning you can tailor your driving experience from true performance coupe to a comfortable daily driver with decent economy.

Standard equipment is generous, and includes climate control, front fog lights, cruise control and sports seats as standard. This means all RCZ models feel just as special on the inside as they look on the outside. Despite the sweeping roof-line there are four seats, and the interior is surprisingly spacious. 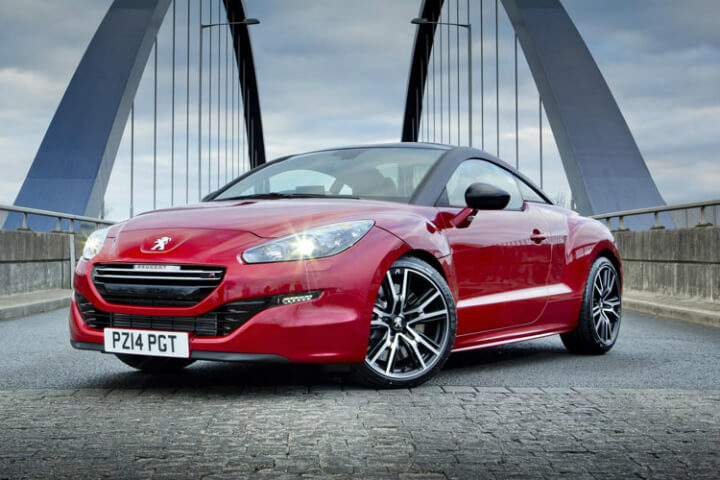 Since its release in 2005, the Citroën C1 has been a textbook answer for those after a quality, affordable city car. The C1 had sister cars in the Peugeot 107 and the Toyota Aygo, but the Citroen stands out as the most recognisable of the three.

Its three cylinder, 1.0-litre engine brings out the best of the C1's fun-driving characteristics with a hearty thrum, yet offers up impressive economy with circa 65mpg possible.

There's room for four in both the 3-door and 5-door models, and a decent sized boot handles the weekly shop well. In terms of standard equipment, the C1 comes with a CD player and MP3 connections, but look further up the range to find features such as air conditioning or leather seats.

There's a large variety when it comes to used Citroen C1 vehicles, especially as the revised C1 was released in 2014. 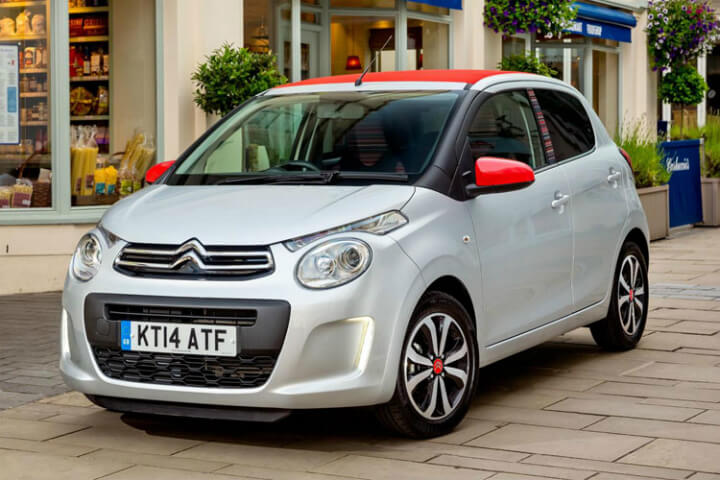 The C4 Picasso - now known as the C4 SpaceTourer - is arguably the class leader in the MPV segment. It's a combination of desirable styling and robust practicality which makes it score so highly, whilst the ride is geared fully towards comfort and offers significant cushioning even over uneven roads and potholes.

Looks-wise, the C4 Picasso blends in with Citroën's space age styling, proving a family car doesn't have to look boring. All used Citroën C4 Picasso models come with a plethora of safety options, and include hill start assist, seven airbags, four isofix anchors, and an electronic stability programme as standard. This lead to it being awarded a five-star Euro NCAP safety rating so there's no worries there.

Other standard equipment across the range includes cruise control, electric windows, and air conditioning is included on all models apart from the basic-specification LX. Options can include rear parking sensors, alloy wheels and front fog lights. 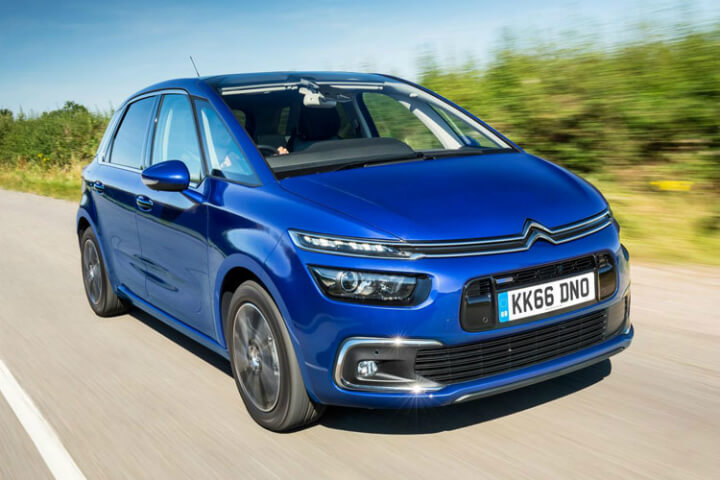 The Renault Twingo is the quintessential French city car. The small dimensions of the car and the easy-going steering mean it's perfect for negotiating the city streets. Modern styling cues mean that the Twingo also looks incredibly sharp, with typical Renault styling that echoes the rest of the range.

Whilst not lightning quick, emissions are good and the economy is great thanks to the Twingo's compact dimensions and small engine choice. A multitude of generations are available, and all feature their own style and quirks. The latest generation ups the game interior wise with digital colour screens and colour customisation.

Standard equipment is good and features things like electric front windows, and remote central locking. Keep an eye out for used Renault Twingo models with Dynamique, GT, Gordini and I-Music trim as these can have air conditioning and added features such as cruise control. 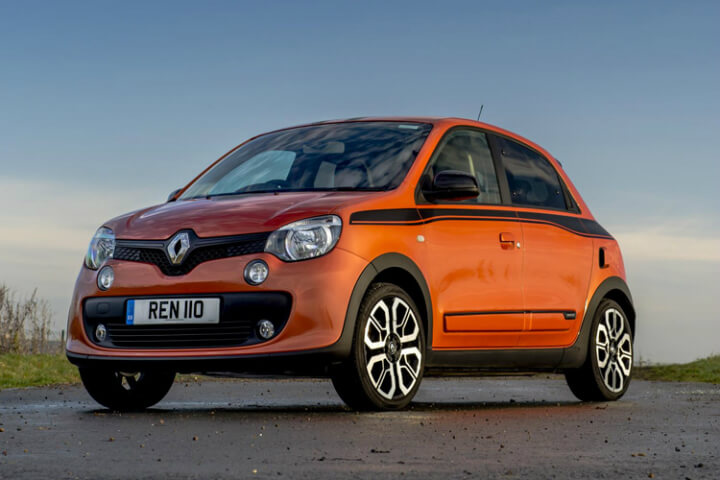 The Renault Clio feels like a much bigger car than it actually is, thanks to an abundance of interior space from the extended wheelbase. This, coupled with the superior in-class ride comfort and refinement of the Clio could have you mistaking this moderate hatchback for a much bigger car.

Throughout every generation the Clio has offered some attractive specifications and variants, including many aimed at the young driver which makes the Clio a favourite for many peoples first car. Being available in 3 and 5-door variants also helped win the admiration of buyers too.

At the other end of the scale, the Clio, like its bigger brother - the Megane, is famed for its Renaultsport versions. Pick up a Renaultsport Clio of any generation and it will put a grin on your face for sure. 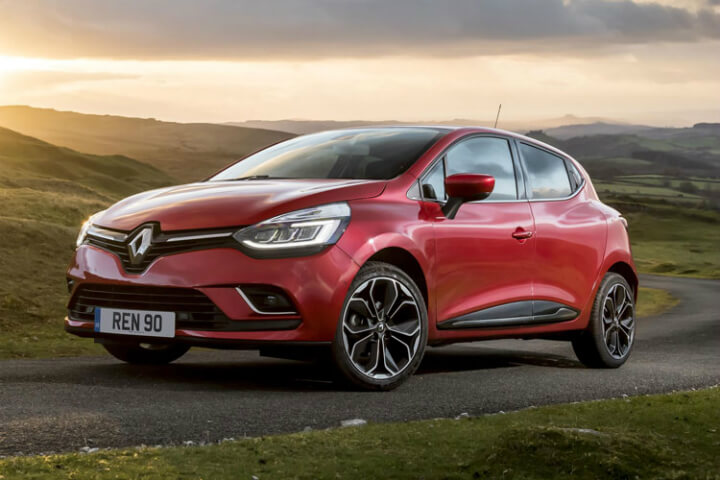 The Peugeot 308 is billed as a luxury option in the B-Segment, and thus comes with a luxury, high quality interior as standard. Equipment available with all models includes a CD player with mp3 capability, and entry level models such as the Access even include air conditioning.

A stunning interior is built around the striking Peugeot i-Cockpit, which gives the 308 a mature, yet properly alluring appeal. The exterior is subtle, with just the right amount of style and flair.

The luxury feel of the 308 is accentuated by generous proportions, which mean there's more than plenty of room for 5 adults and headroom aplenty. The ride is refined, with generally little wind or road noise getting in to the cabin - whilst engine noise even on diesel models is whisper quiet. 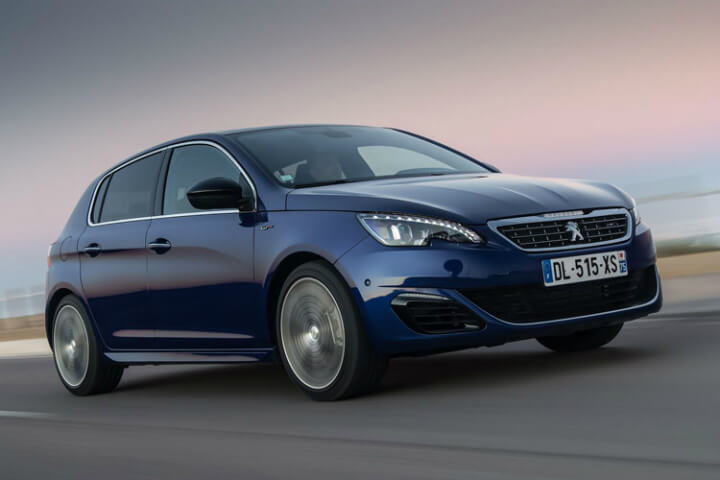 The only French crossover on our list - but it's definitely a good one. The Captur is a good looking, yet practical crossover SUV which drives like a small hatchback. After all, it's based on the well-riding Clio, so it soaks up bumpy roads with similar aplomb and also means it's easy to park and drive around town centres.

The elevated passenger space also means there's plenty of room for five adults. Boot space is also impressive, standing at 455 litres with the rear seats pushed forwards, which is enough for three of four large suitcases. Plus, as it's based on the Clio it comes with a range of tried and tested engines. 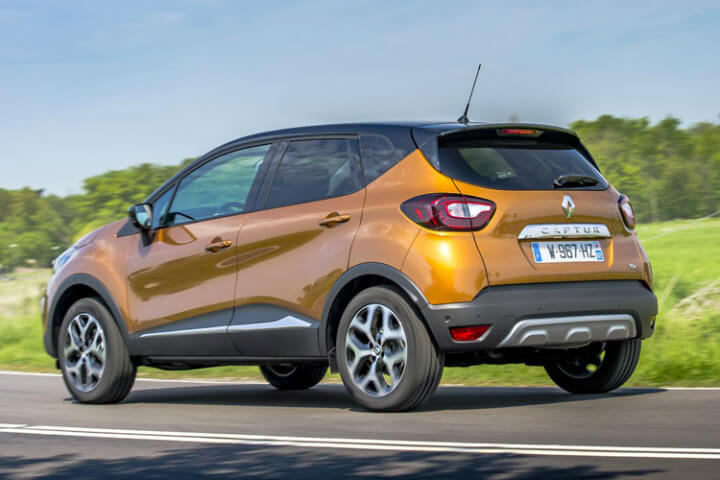