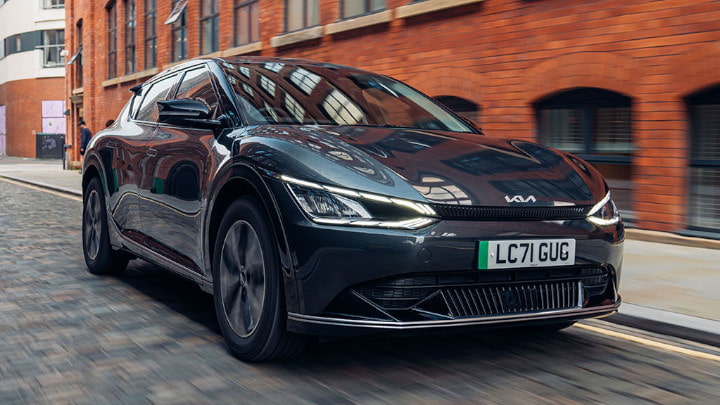 An all-electric Kia EV6 is to embark on a 3,600 trans-European journey, recreating an endurance test completed by Sir Stirling Moss.

The journey will start in Oslo, Norway and end five days later in Lisbon, Portugal.

The team will make the most of the Kia EV6 range and 800V rapid-charging technology to complete the epic adventure.

Inspired by an endurance test completed by Sir Stirling Moss, the marathon is understood to be the first time the route has been attempted in a fully-electric vehicle as a continuous trip.

The team has once again opted to use the Kia EV6, having recently used the car to complete the first Fen to Fell drive in an EV, a 209-mile route from Britain’s lowest to highest roads.

It was the first time any vehicle has tackled the route, which was completed on a single charge, with an indicated remaining range of 107 miles.

The Driven to Extremes Euro EV Marathon draws on the adventure undertaken by Stirling Moss in 1952 as a publicity stunt to promote the then-new Humber Super Snipe 4-door saloon. The legendary racing driver, along with three of his ‘fast friends’, visited 15 European countries in less than five days.

2022’s challenge gives that journey a modern perspective, and will conclude on World EV Day, September 9th, when the team crosses the finish line. Travelling from Oslo to Lisbon, driving roughly 200-mile legs at a time, and using Europe’s public charging network throughout, the challenge will use one of the most accomplished electric vehicles available today.

With a WLTP range of 328 miles on a single charge, the Kia EV6 Air will be using 800V ultra-rapid charging technology to keep stops to a minimum.

To ensure the team has the best possible chance of completing the challenge in time it will also use the Kia Charge network which provides access to chargers across all parts of the UK, Northern Ireland and Europe.

Kia Charge lets owners choose from 23 charge point operators in the UK via a single account, and dozens more across Europe. It has more than 21,000 connectors across the UK – equivalent to approximately 70 percent of the national public infrastructure – and more than 300,000 across 29 European countries, all from a single account.

Speaking of the challenge, project leader Mac Mackenney said: “We want to show how it’s possible to cover a huge distance in a short time using an EV, and that the vehicles as well as the charging infrastructure are already available. The Kia EV6 was the obvious choice for this amazing challenge as we’ve been seriously impressed with the car during trials, and we know how capable and comfortable it is on a long journey.”

From its departure point at Kia’s Norwegian headquarters in Lørenskog on the outskirts of Oslo, the drivers will use main roads and bridges to cover the 3,600 miles and the adventure will be tracked at all times by a GPS system.

The team of three will take turns behind the wheel of the EV6, resting and navigating – with the only planned stops made for driver swaps and vehicle charging. A support vehicle, also supplied by Kia, will accompany the EV6 to document the drive.